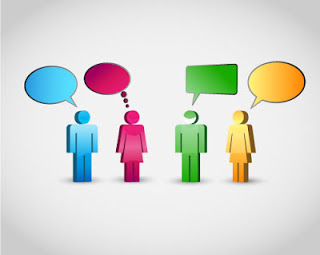 U.S. State Department Assistant Secretary of State for European and Eurasian Affairs Victoria Nuland leaves after holding a press conference at the U.S. Embassy in Kiev on Feb. 7

This was the week Twitter (TWTR) established itself as a force in international relations.

The U.S. is scrambling to contain fallout in the European Union from a tweeted audio clip in which Assistant Secretary of State Victoria Nuland said, “f––– the EU.” The comment was from a private phone call between Nuland and the U.S. ambassador to Ukraine, regarding the EU’s role in resolving that country’s political crisis.

The call was apparently intercepted by Russian intelligence services in January, and a clip was posted on YouTube (GOOG) on Feb. 5 by someone calling himself Lev Nikolayevich Myshkin, the name of a fictional Dostoevsky character. But the clip didn’t get much attention until an aide to Russian Deputy Prime Minister Dmitry Rogozin tweeted it on Feb. 6.

Russia, meanwhile, suffered its own embarrassment as the opening of the Sochi Winter Olympics risked being overshadowed by a popular Twitter feed featuring accounts of Sochi hotels with yellow tap water, missing doorknobs, and bizarre toilet configurations. At the start of tonight’s opening ceremonies, the feed had attracted 235,000 followers, while the official Sochi2014 feed had only 144,000.

My boss, Josh Tyrangiel, reminds us that reports about Greece’s unpreparedness for the 2004 Athens Olympics faded quickly once the games began. He’s right—but back in 2004 there was no Twitter to keep the conversation going once journalists got busy covering the games.

Nonjournalists in Sochi are now tweeting their own hotel horror stories, along with reports this evening of a technical malfunction that caused only four of the five Olympic rings to display at the opening ceremony.

Story: For Brands, Being on Twitter Means Always Having to Say You’re Sorry

Until now, political leaders seemed to view Twitter as a benign communications tool that had the added advantage of conveying that they’re cool with social media. A study last year by Burson Marsteller found that two-thirds of world leaders had set up Twitter feeds. Twitter has become “a formal broadcasting tool for world leaders,” the study found.

President Barack Obama’s Twitter feed has the most followers of any leader’s, 41.3 million at latest count. Pope Francis is No. 2, with more than 11 million followers.

But the events of the past few days show that Twitter can be a diplomatic weapon as well as a tool—and that once wielded, its consequences can be hard to control. The U.S. can probably soothe hurt feelings in Europe over Nuland’s comments. But in other parts of the leaked phone call, she talks about which Ukrainian opposition leaders she wants to join a new government in Kiev. That could cause political problems for those leaders by giving the impression that they might be U.S. puppets.