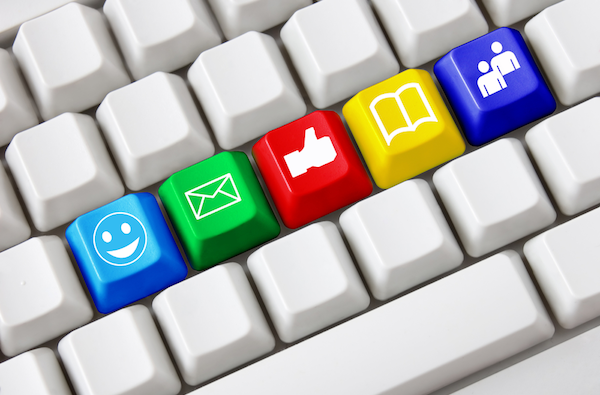 Social media and public diplomacy are spinning a web for worldly Asian states.

In this digital age of me, myselfie and I, we all know the power of social media to help us present our best face to the world.

From Facebook to Instagram, YouTube to Twitter, we carefully cultivate everything about our lives; broadcasting ourselves, ‘bio-blogging’, ‘photo-shopping’ and massaging the mundane into the profound in a never-ending quest for likes, followers, +’s, pins, retweets and reposts.

But if you thought it was tough for us mere mortals to get ‘friends’ to show they care with a share, think about big, amorphous, cumbersome entities like states and governments.

They, much like a Miley Cyrus Wrecking Ball video on YouTube, have crashed through our ‘social’ world of web to try and take the real world by storm.

According to ANU researcher and international relations expert Dr Ian Hall and his co-author, Sydney-based Dr Frank Smith, states have cottoned on to the power of social media and its ability to make us all look good.

Much like Asia’s supersonic ascension to the top of the global pops, Hall and Smith argue that it’s a trend that’s on the rise in the region, with states investing in public diplomacy to help shape the opinions of foreigners.

“There are two arms races in Asia today; one for military capabilities and another for the weapons of what international relations writer Joseph S Nye famously termed ‘soft power’ – the power to attract rather than the power to coerce,” says Hall, who is based in the ANU College of Asia and the Pacific.

“These tools are being used by states in order to make themselves appear more attractive to people overseas and thereby increase their ability to influence international relations in their region.”

Hall says that China is leading the way. But how does one take a selfie that fits in one billion people?

“China began in the late 1990s, and now stands as the region’s largest investor in various supposed instruments of soft power,” he says.

“In the space of about 15 years, it has created new foreign language TV stations, revamped its management of the foreign media, surged its student exchange programs, founded some 320 Confucius Institutes at overseas universities (with plans for another 1,000), and played host to a series of major events, including the Olympic Games.”

And like most things social media, China now have their imitators. Hall says other Asian states have responded in kind.

“Even Myanmar has set up English language TV stations and acquired a social media presence. South Korea is expanding the number of King Sejong Institutes, tasked with promoting Korean language and culture, from about 35 to 150 by 2015.”

But like a poorly thought out camera photo in the bathroom that reveals a little too much, controlling your image is harder than it looks. Often states suffer from social media smack downs and Facebook faux pas.

According to Hall, the more governments try to manipulate their images, the more they alienate rather than attract foreigners in the region.

“This is particularly true for China,” says Hall.

“The evidence shows that, despite all of its expenditure on public diplomacy, China has not improved its standing in foreign public opinion inside Asia.

“Indeed, most poll data suggests that China’s reputation in the region has worsened rather than improved.

“Furthermore, when we look at other states in the region, we see no favourable or obvious relationship between spending on public diplomacy and soft power status.”

According to Hall, it all leads to a big fat ‘unlike’ in soft power terms. He says that quite clearly the mix of social media and public policy isn’t great for winning new friends.

“Instead, what I would suggest, is that foreign public opinion in Asia, as elsewhere, is influenced more by what states do than by what they might say about themselves.

“Good or bad behaviour seems to matter far more in the region’s struggle for soft power than good or bad ‘spin’.”

So the next time Australia finds itself embroiled in a diplomatic row over alleged spying, the following tweet from our foreign policy wonks in Canberra might not be the best idea:

Because like most things in life, actions speak louder than words – and there isn’t much you can say that’s worth talking about in 140 characters anyway.

This article forms part of The Australian National University’s Asia Pacific Ideas series. Read more ideas and vote for your favourite at http://asiapacific.anu.edu.au/research. Vote for this idea here.