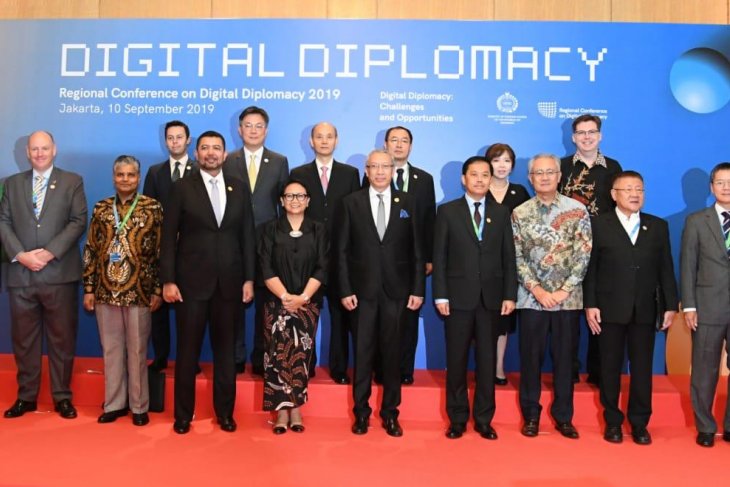 No country is immune to the global economic megatrends, such as rising inequality and the impacts of the Fourth Industrial Revolution, not to mention recent trade tensions. Consequently, diplomacy and cooperation have been the only ways to face those

Social media has, in some form or the other, transformed the way in which the world communicates, including in terms of diplomacy.

Currently, the people can engage in direct talks, offer inputs, or also lodge complaints and interact with diplomats and the heads of state by utilizing the channel of social media.

Such adaptation necessitates them to practice what is called digital diplomacy.

Taking into account the significance of the development of digital diplomacy practices, the Indonesian government held the Regional Conference on Digital Diplomacy (RCDD) in Jakarta on September 10-11, 2019.

The RCDD, opened by Indonesian Foreign Affairs Minister Retno Marsudi, is the first conference to be organized in the region in the field of digital diplomacy.

Minister Marsudi reiterated the significance of implementation of the RCDD that can be a forum for relevant stakeholders in the region to discuss opportunities and challenges in the path to conducting diplomacy in the digital era and ways to optimally utilize information and communication technology (ICT) in diplomacy towards realizing progress and mutual prosperity.

“Failure to adapt to the rapid transformations taking place at warp speed in the digital world will leave diplomacy irrelevant. This is why, it is time for the word ‘diplomacy’ to go hand-in-hand with the word ‘Digital’,” Minister Marsudi emphasized.

At the conference, she stressed that diplomacy, as a tool of foreign policy, is being transformed by the development of ICT. Moreover, ICT is a double-edged sword, presenting plentiful opportunities and innumerable challenges.

Speaking in response to this, Minister Marsudi encouraged all Indonesian diplomats to leverage opportunities arising from the use of ICT in conducting digital diplomacy.

The minister highlighted the need for digital diplomacy to ensure that social media and online platforms can contribute to varied efforts in fighting violent extremism and terrorism.

“New internet technologies and media tools should be utilized in countering the growing threat of violent extremism on the net. This is the area that the international community should further explore, and this is where diplomacy is needed,” she stated.

Hence, she encouraged governments worldwide to embrace technology giants, including Facebook, Google, Instagram, and Twitter, to spread the messages of peace and tolerance in order to tackle violent extremism and terrorist ideology.

“We also need to get the technology industry on-board in providing a platform for world leaders, religious leaders, and community leaders to spread messages of tolerance and peace online,” she stressed.

“No country is immune to the global economic megatrends, such as rising inequality and the impacts of the Fourth Industrial Revolution, not to mention recent trade tensions. Consequently, diplomacy and cooperation have been the only ways to face those challenges,” she stated.

“We must be able to ensure that digital technology is used to transform our economy to empower our people,” she added.

Other uses of digital diplomacy brought up by Minister Marsudi were as a tool for protecting citizens and development.

“I believe that if used effectively, the internet could become a powerful tool in protecting our citizens and interests abroad. We must also re-invent our digital diplomacy to raise awareness and development,” the minister stated.

At the conference, some representatives from information and communication technology (ICT) giants, including from Twitter, delivered some inputs for the diplomats to optimally utilize social media in conducting digital diplomacy.

Twitter’s Chief Representative and Head of Public Policy Agung Yudha stated that all diplomats must adapt to the current paradigm of digital communication in conducting their diplomatic works.

“As the mode of communication has now changed, I am afraid — in a good way — that all diplomatic corps and all governments in the world need to phase up with the technology, and somewhat changes the way they do diplomatic practices,” Yudha stated.

Yudha also remarked that every social media platform had its own typical users, thereby translating to the fact that one platform’s users had a different characteristic than that of other platforms’ users.

Hence, he suggested diplomats to learn and attempt to gain an understanding of the different characters of social media users in order to successfully put across their messages.

“To get a grasp of the mentality of the audience, we can get to know the right way to deliver the message and to deal with these people,” Yudha stated.

In case of using Twitter, he suggested that a conversational approach is the key to using the social media platform for digital diplomacy.

“Hence, if you use Twitter, ensure that you use it effectively to support the diplomatic efforts that you make. Make sure that you do it in a conversational way, but it does not mean that you have to reply to all messages and mentions,” he stated.

“Being conversational means being responsive to other people’s inputs to you, whether it is negative or positive, so that you can take that as a constructive input and work through it,” he added.

Yudha pointed to another crucial aspect of exercising caution in making posts or tweeting on social media.

He appealed to diplomats to be careful with what they put up on social media since it can be quoted with direct link by the media.

“Nowadays, you cannot say ‘I don’t say that’ because the media does not need to directly quote you. The media can just embed your tweet into their online article, and people can see that she or he is actually saying that in the Tweets,” Yudha explained.

Lastly, he emphasized that the number of followers is not the main vital aspect in using Twitter effectively to deliver messages to the public.

“The number of followers is not the main thing. You can just have a few hundred followers, but you can still have the same amount of influence as those who have millions of followers. It is the positivity of the message that is being delivered that can get people to respond,” he added. 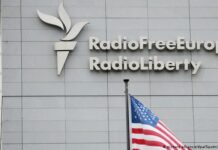