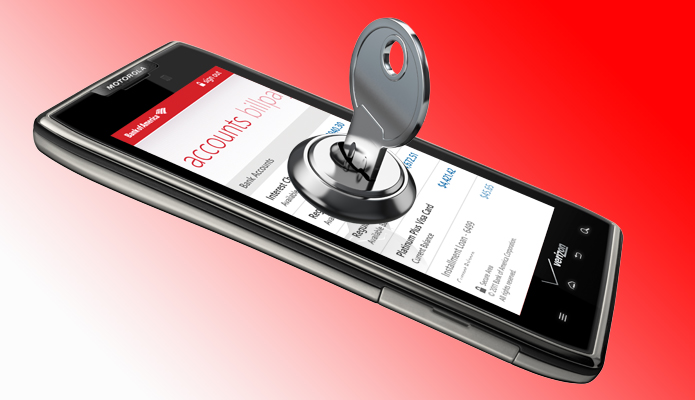 During a recent visit to IIP’s OIE, we talked of Agile at ODDI, GitHub, PAOs, and … did I lose you yet?

When I moved to DC from the West Coast, I initially found the government agencies in the area to be a massive tangle of alienating acronyms. But in all fairness, it’s no different from every other industry or niche.

Boy, was there a jargon learning curve where I started my career in the mobile entertainment division of 20th Century Fox. Let’s flip the track to the year 2007 when mobile websites were “WAPs,” only BlackBerry-toting suits had data plans, I had a flip phone, and “widget” was a new term that made me sound savvy in meetings. My brain is thankful that digital advertising acronyms and concepts, like CPM, CPC and PPC, have stuck around.

Remember Verizon’s VCAST? There’s a relic from mobile’s early days. Cutting clips for VCAST from shows like “Family Guy” and “The Simpsons,” and managing SMS voting for “American Idol,” was how my office justified its existence. But the buzz was around creating original content for digital platforms (nope, Netflix didn’t invent it), called “mobisides” and “webisodes.” And this all before contracts included royalties for mobile syndication (well, the lawyers and unions were starting to squawk). It sounds exciting, but my day-to-day was rather un-glamorous.

So recently, when the State Department’s Hilary Brandt mentioned GSMA’s Mobile World Congress, and asked whether I’d heard of it, I smiled (wryly, with a note of nostalgia) while recalling my time at the bottom of the Hollywood totem pole, which included planning other people’s travel to said conference.

Hilary Brandt is the director of the Office of Innovative Engagement at the State Department.

You might be saying: “Wait a minute, why do people from the State Department — a federal agency focused on public diplomacy — care about Mobile World Congress (the CES of the global mobile industry)?”

Why the state department cares about MWC

I shall tell you! Using as little jargon as possible.

The State Department, more accurately called the Department of State, is a large organization with an ambitious mission: to “shape and sustain a peaceful, prosperous, just, and democratic world and foster conditions for stability and progress for the benefit of the American people and people everywhere.” As a part of this mission, the agency is tasked with explaining U.S. foreign policy to the world.

Because increasingly its international audience is primarily accessing digital content on mobile phones — especially people in developing countries, who often have very limited access to the Internet at all — it behooves them to think carefully about mobile.

“Throughout the world mobile phone ownership has exploded. And while many use mobile phones only for voice calls — itself a huge revolution for previously isolated rural populations in particular — mobile is increasingly the gateway to the Web,” said David Endsor, director of BBG’s Voice of America, during a recent speech about the role of journalism in public diplomacy.

During our conversation, Brandt offered up some insight, gathered while at Mobile World Congress last year, on the changing relationship between social media and mobile carriers that further explains why the State Department pays attention to such trends.

“Facebook has been really good at adapting to low-bandwidth, mobile situations in that sort of race to get new users,” she said. Brandt noted that in emerging markets like Africa, Facebook is the Internet for many people, and this new role of social media is forcing mobile carriers to rethink their approach.

“So you have what was previously an ‘unholy alliance’ between Silicon Valley and the mobile carriers that is changing because they need each other now, especially in emerging markets. It’s no longer just Silicon Valley companies taking up mobile data and not paying anything into the [mobile industry], which was the previous tension. Now, if a company like Nokia wants people to buy their handsets, they’re going to need to offer Facebook on that dumb phone. This is exciting and interesting for our embassies, for the tools that they’ll be able to use to communicate with as the industry grows.”

Any innovation in technology that changes how people communicate and access information will have important implications for how the State Department can reach the public. And focusing on digital makes sense for all of their current audiences, both in the beltway and abroad, as more people everywhere are accessing information from mobile devices. The Office of Innovative Engagement (OIE), directed by Brandt, is helping the agency understand and adapt to this always evolving digital world. OIE is in the Bureau of International Information Programs (IIP), headed by Macon Phillips. Phillips, the new coordinator for IIP, is heading the charge for a digital-first approach. Phillips recently spoke on BBG’s tech panel about his vision for the bureau.

Brandt has only been in IIP a year, and Phillips five months, and already things are happening. For example, Brandt’s team at OIE is currently piloting the enterprise-level use of the social media management tool Hootsuite with 240 people from six D.C. bureaus, as well as all the U.S. embassies and consulates in the western hemisphere region. At the bureau level, another current project involves working on new ideas for digital outreach around an exchange program called YALI (Young African Leaders Initiative), which is an initiative of the White House. And you can catch Brandt at an upcoming SXSW conference where she’ll be a panelist.

Large government agencies are probably not the first place anyone would look for leadership in social media management, but I’ve found that the State Department is fairly advanced when compared to many international companies. Brandt’s office is a resource for social media expertise within the department, offering guidance and education, while organizational units throughout the department work within their authority to conduct social media outreach, and the office of the Undersecretary for Public Diplomacy provides leadership on governance issues. OIE also backstops the agency with a social media help desk.

There is a clear understanding in the department that being able to use new tools effectively is a necessary part of public diplomacy these days. Brandt’s office holds a monthly meeting called Tech Society about “cool, new digital tools” that provides internal thought leadership on what is coming next in the tech industry and how it can be used to better engage current and future audiences. The department wants to be ready to reach the next billion people to access the Internet.

the future of mobile

OIE also regularly hosts brown bags with tech companies and other leaders to discuss innovation as it relates to public diplomacy. For example, OIE hosted a meeting with Microsoft to discuss the company’s move to utilize “white spaces” (unused broadband spectrum) in Africa to provide Internet to communities that lack access.

If technology companies have the right incentives, it may not be long before everyone on the planet has affordable, reliable Internet access and a smartphone. It’s really a question of when that will happen, and how much the technology will have changed by the time it does.

Think about how rapidly mobile phones have evolved since the mid-2000s. I can barely remember the ones I had in between owning a Razr dumb phone and a Droid Razr smartphone, and I’m about to make another trade. The one thing that’s stayed constant is the buzz about mobile being the future — or more accurately, the present and the future.

Maybe next year I’ll be booking my own trip to Barcelona to cover Mobile World Congress … or maybe I’ll be covering it via one of those new-fangled drones.

Erica Malouf is a Blogger/Researcher (and copy editor, and general communications go-to, and UX researcher) for ODDI. She is currently earning her master’s at Georgetown University, focusing on digital communications and marketing. Follow her on Twitter: @ericamalouf

This post originally appeared on the Broadcasting Board of Governors (BBG) InnovationSeries blog.

The Office of Digital Design Innovation (ODDI) is a part of the Broadcasting Board of Governors (BBG), a U.S. government agency. ODDI works with technology to improve U.S. international media news and information. We look for the best solutions to the biggest problems in creating, distributing and improving news and information in multiple languages around the world. Our job is to find those journalists most able to apply innovation in digital media and get them what they need to implement. We spend an extra focus on opportunities that engage and catalyze audiences to participate in the improvement of our journalism. Our Innovation@BBG blog documents and facilitates a worldwide conversation about media innovation.