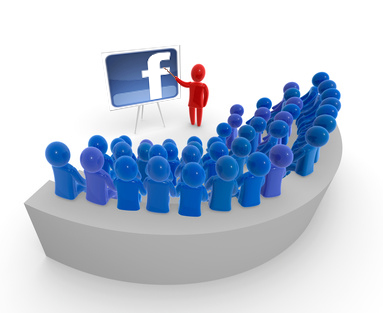 From the 1990s onwards, many scholars concentrated on media diplomacy and then on the possibilities offered by the spread of internet. However, these technologies evolve every day and their study needs a constant update. The processes are ongoing, considering the importance of the citizen-to-citizen policy and the changes on leverage, influence, and popularity related to this, particularly in regards to “Twiplomacy,” the newer kind of diplomacy developed by state advisors to spread their governments’ view in the world.

The Rise of Diplomacy 2.0

The last century saw interrelated and fundamental changes in politics, diplomacy, and global communication, which have greatly expanded the role of media and the internet in public diplomacy and have created new modes of interaction not only between global leaders, but also with NGOs and citizens. In particular, interactive diplomacy became a determinant tool, giving to people an influence never experienced before.

The term “Web 2.0” was coined in 1999 and by 2004 had jumped to the top of the agenda. Moreover, by 2008 the term joined the public diplomacy use of the new online media, creating the concept of Public Diplomacy 2.0. The latter has three fundamental characteristics: first, technology facilitates the formation of relationships around social networks and online communities; second, in this way diplomacy becomes dependent on user-generated content from feedback and blog comments; and third, in this era information has an horizontal structure, where people can look freely for news and are no more at the end of the information cascade of the 1.0 era.

In fact, before the arrival of interactive internet, governments sought to influence foreign public through journals, radio, and television, but it was a one-way monologue which lacked the essential public’s feedback. Nowadays, citizens cannot stay passive, and they are more and more engaged in a dialogue with their representatives, which allows the former to assert themselves and the latter to understand the public’s opinion. Indeed, developing the appropriate digital channels for the foreign ministry requires understanding the current environment and the needs of local citizens and that of the host country.

Initially, governments were skeptical about the role of internet in shaping their policies and preferred to rely on more traditional methods. At the turn of the century, not only did many embassies not have their own website, but they did not have access to internet at all. The September 11, 2001 attacks acted as a turning point in the digitalization of public diplomacy, which finally moved into the 21st century. Initially, through Facebook pages and later through Twitter accounts, global leaders and foreign ministers, but also NGOs and civic organizations appeared on the web.

Nowadays more than three-quarters (77.7 percent) of world leaders have a Twitter account, which they use to communicate with each other, to broadcast their daily activities to an ever-growing audience, and to answer to citizens’ comments and mentions. The Burson-Marsteller firm conduces Twiplomacy, the leading global study of world leaders on Twitter. This website offers interesting tables, statistics and reports on world leaders’ activity on social networks, comprehending also some organizations as the IMF, ILO or G8. Divided by geographical area and state, the accurate research allows us a deep analysis on the Twitter geopolicy.

While China does not have an official Twitter account, the rest of Asia has improved connections: nowadays, three quarters of leaders have a Twitter account compared to only half in 2012. But it is in Africa that we find the most conversational leaders, such as in Uganda and Rwanda, whose tweets are almost exclusively replies to their followers. Regarding Europe, all governments have a Twitter presence and they are highly connected, even if only a few of them tweet personally. On the contrary, in Latina America leaders often write messages themselves.

However, what is more interesting, is the degree of influence politicians’ accounts have. According to the 2013 report, the most influential leader is Pope Francis, with 11,116 retweets for every tweet he sends on his Spanish account. In only one year his account grew to become the second most followed world leader. This rapid grow shows the rapid importance and leverage Twiplomacy is having on the global scale.

These data also raise reflections on the role of diplomats in the web era: Has diplomacy substantially changed? First of all, we have to consider that nowadays is more a matter of interaction rather than simply communication. We live in the world of instant communication, which means shorter, direct and straight to the point messages, few words that attract public’s attention because they are adapt to him. It may seem an insignificant aspect, but often embassies do not think strategically or creatively in identifying what should be on their website and where material should be placed. Nowadays diplomats need to be trained to face the challenges imposed by the new ways of communication and the same embassies are establishing New Media Departments with specific teams for digital diplomacy, as Jed Shein, Director of New Media at Israeli embassy to the U.S., explains in the interview he gave to Diplomatic Courier.

The site offers also an insight on the quantity of followers politicians have and, much more important, it shows the existing connections among them. This is still a weak point of Twiplomacy: only two-thirds (68 percent) of world leaders have established mutual connections with their peers on Twitter. The same Barack Obama, the most followed, the most listed and following a record 661,084 other Twitter users, is only following two other world leaders. The most connected is Swedish Foreign Minister Carl Bildt, mutually following 44 peers. These data shows how global leaders are not yet fully exploiting the possibilities offered by worldwide connection—of the 505 accounts analyzed by Twiplomacy, 161 do not have any mutual connections on Twitter—and this is an important point on which policymakers as well as diplomats should focus in the following years.

Nowadays the number of official Twitter accounts is growing as well as the number of their followers. However, Twiplomacy is still developing and has, consequently, some weak points that should be taken into account. First, not every leader is connected to the net, and many of them have created an account only recently. Second, we also have to consider that this social network is not equally popular in every nation—probably this is also why many governments also use Twitter as an automated news feed from their website or Facebook page. Third, the same leaders do not agree on the nature of messages they should write—more personal or political in nature? Fourth, politicians seem not to have understood the primary tool of social networks: to connect people with each other. The more connected leader mutually follows only 44 peers.

Regarding embassies, whose participation in the Twiplomacy debate has not been well analyzed yet as the new media era brought the attention almost exclusively to governments and presidents, they consider that social networking tools enable them to post their own materials more quickly and efficiently than waiting for management to upload them to the official embassy website. Moreover, they allow public affairs staff to engage with masses of individuals without the need to be physically present in loco. It is exactly in this framework that nowadays diplomats will be more and more asked to have one more skill: the capability to tweet efficiently.