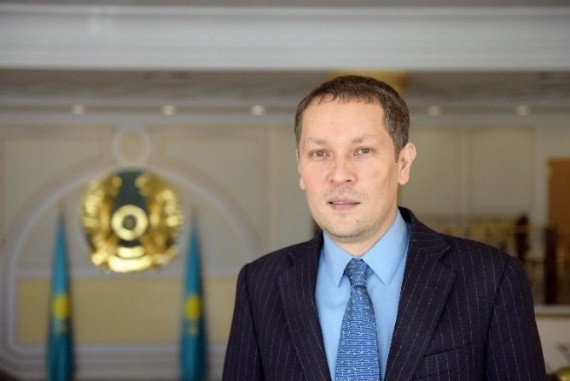 “Digitalisation is not a goal, but it is a means to achieve the absolute advantage of Kazakhstan.”

President of the Republic of Kazakhstan Nursultan Nazarbayev

Nowadays, digitalisation has already gotten into all spheres of human activity. According to experts, this trend will only increase in the next decade. Thanks to the vision of President of the Republic of Kazakhstan Nursultan Nazarbayev, the digitalisation has been raised to the state level. In 2017, the Government adopted the Digital Kazakhstan Programme. In this regard, Kazakhstan’s diplomacy cannot stay away from global trends.

Experts do not have a single definition of digital diplomacy. In general, it is characterised as an additional tool of diplomatic activity carried out through the Internet, social networks and electronic communications. According to the German portal https://www.statista.com, there are 4.17 billion active Internet users and 3.39 billion subscribers of social networks in the world.

More and more people, especially young people, look for information online, abandoning traditional sources such as television and newspapers. For instance, according to the World Index, in South Korea the number of citizens under the age of 30 daily reading news only through social networks on the Internet reaches 89 percent; in the U.K., 74 percent; in the U.S., 69 percent and in Russia, 55 percent.

In this regard, I would like to dwell on how important the activity is of the Ministry of Foreign Affairs of Kazakhstan on social networks.

Social networks are an integral part of the digital diplomacy and a tool that every modern diplomat must have. With a competent delivery, they can convey your opinion to the masses for free. Monitoring of social networks provides extensive opportunities to get a real picture and sentiments in the society of the host country, the opinions of the expert community, politicians, etc.

Of all the diversity in diplomacy, Twitter and Facebook are in the lead. There is even a certain term Twiplomacy (derived from Twitter and diplomacy) and an organisation with the same name studying this activity. According to https://twiplomacy.com, 97 percent of all 193 UN member states have an official Twitter account. Only six governments (Laos, Mauritania, Nicaragua, North Korea, Swaziland and Turkmenistan) do not have an official presence on this platform. According to the data of https://twiplomacy.com, for 2018 there are 951 personal and institutional Twitter accounts of the heads of state, governments and foreign ministries of 187 countries. Each international organisation also has accounts on a number of popular social networks. Only one UN Twitter account has more than 10 million subscribers.

Facebook is the second most popular social network among politicians and foreign ministries with 93 percent coverage of all UN member states. This is followed by Instagram with an 81-percent presence.

It is worth noting that the personal pages of the leaders attract much more attention of network users. The personal Twitter account of U.S. President Donald Trump has 39 million subscribers, more than the official page of the White House. The same trend is seen in Kazakhstan. For example, the number of subscribers on the Twitter account of Speaker of the Senate of the Parliament of Kazakhstan Qasym-Jomart Toqayev is ten times more than on the official page of the Senate.

In this regard, the experience of the United Kingdom and Israel is illustrative, whose ambassadors and envoy advisers are strongly encouraged to have their personal Twitter accounts. Ideally, every senior Kazakh diplomat should have a page on the social network and promote Kazakhstan abroad.

The Ministry of Foreign Affairs of the Republic of Kazakhstan follows the world trends and even took 38th place in the digital diplomacy ranking of Diplomacy Live for 2017.

The Kazakh Foreign Ministry is represented on five social networks (Twitter, Facebook, Instagram, YouTube and Telegram) with about 40,000 subscribers. The Ministry also has a country account @Kazakhstan on Twitter (more than 6,000 subscribers). Two free mobile applications, Kazakhstan – Land of the Great Steppe and SmartTravelKZ, have been developed and are being successfully improved. Almost all foreign institutions of the republic, to some extent, are represented on the popular social networks of the host countries. The most successful and active are the Twitter accounts of the Embassy of Kazakhstan in the United States (5,500 followers) and the Permanent Mission of Kazakhstan to the UN in New York (4,300 followers).

So, what are the factors of success on social networks? First of all, consistency and daily placement of interesting and informative posts. Unfortunately, the activity of accounts mainly depends on the enthusiasm of the responsible staff of diplomatic missions and after the planned rotation, it is not always possible to maintain the appropriate pace of work. In a number of countries, the activity was completely stopped.

Another important factor of success is originality. Placement of interesting content, not just pallid official information. In this regard, we can recommend posts with popular Kazakh athletes and artists abroad.

You must interact with subscribers, like retweet (within reasonable limits) interesting posts, congratulate colleagues on national holidays and answer questions.

Of great interest to the public are live broadcasts of public events on Facebook, as well as live-tweeting of events organised by an embassy, creating an impression of being there.

Each post on social networks should be placed with the appropriate photo or video material. For example, colleagues from Israel and Poland strongly recommend focusing on video content.

It is important to use the already popular hashtags and create your own. As an example, we can cite #InvestInKazakhstan to promote the investment attractiveness of Kazakhstan, #AstanaProcess in relation to the Syrian peace process in Astana, #VisitKazakhstan to promote the tourism potential of the Republic, etc. Experts recommend using no more than two-three hashtags in one publication.

An obligatory condition should be the verification of the accounts of embassies on social networks. The blue check mark indicates that this page is really official and attracts more subscribers.

And, of course, one should not forget to constantly learn from colleagues from other countries, adopting successful experience in social networks.

In light of the Foreign Ministry’s activities to attract foreign investment, all of the above recommendations become even more relevant, since the promotion of an attractive image of Kazakhstan comes to the fore of both the domestic and foreign policy of the state.

ABOUT THE AUTHOR. Janibek Bektemissov is a master student of the Institute of Diplomacy of the Academy of Public Administration under the President of the Republic of Kazakhstan.

He has worked in the Kazakh Foreign Ministry since 2003, including twice at the Embassy of Kazakhstan in Washington (USA). In 2012-2013, he was an adviser to the Director of the Nazarbayev Centre (Astana).

The last position held was the First Secretary of the International Information Committee of the Ministry of Foreign Affairs of Kazakhstan (from September 2017-September 2018.).

Twitter’ng with diplomacy and its apps