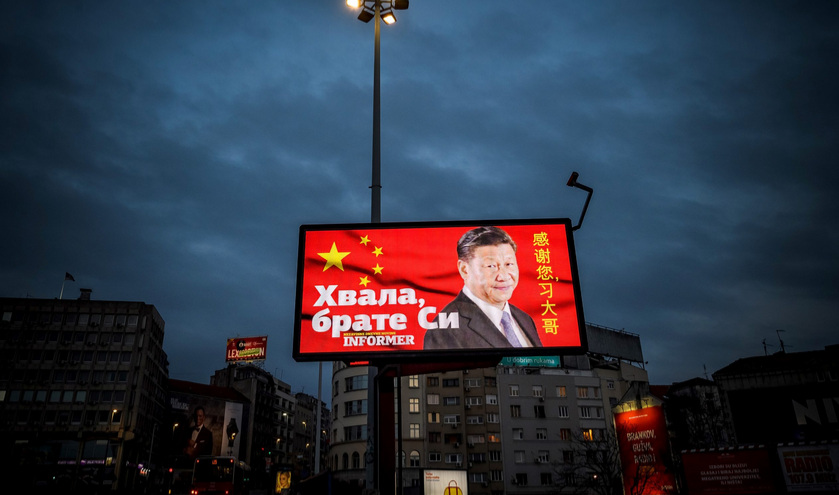 It was a strange digital flareup. Ceaselessly, and seemingly inexplicably, over an entire night and day, Thai and Chinese netizens took to Twitter to rain insults on each other.

Ostensibly, the issue arose over a hapless Thai photographer who, in Thai, wrote that Hong Kong is a “country”. A Thai celebrity, Vachirawit “Bright” Chivaaree, shared the photos, sparking outrage from his Chinese fans. Both men apologized, but comments that his girlfriend had made three years ago about Taiwan were dug up and interpreted as a challenge to Chinese sovereignty.

Thus the Twitter conflict commenced. For these keyboard warriors, there was no online code of chivalry; it was a war to be fought without mercy. Chinese and Thais rushed to hurl abuse on each other. Under the hashtag #nnevy, hundreds of thousands of tweets were hurled, lobbed, shot and spat across the South China Sea aimed at hurting each other’s feelings. It even became an international conflagration, with other nationals joining in as well.

At least on the Thai side the tone appeared a little tongue in cheek, and the abuse was received in stride. Merry meme-making proceeded. But even as the spirit was largely light-hearted, the digital encounter belies some important political truths.

After all, it was only last year that Prime Minister Prayut Chan-o-cha told Chinese premier Li Keqiang that Thailand is like “a little ant, ready to assist the great lion.” In an interview with TIME, the prime minister hailed China as Thailand’s number one partner, ignoring that such an accolade is ordinarily reserved for the United States.

It was likely not a careless mistake. As National War College Professor Zachary Abuza writes, “American and Thai strategic concerns are sharply out of alignment.” At this current juncture, the values of the American and Thai elite simply do not mesh well. “China will remain committed to making Thailand safe for autocracy,” according to Abuza. The US will at-best begrudgingly approve it.

The United States is also a great power whose star in Asia seems to be fading. “Hide your strength and bide your time,” said Deng Xiaoping just a few decades ago, at the end of the 20th century when China was humiliated by its neighbours and poor internal policy.

Now, President Xi Jinping has made clear that Chinese strength is back and to be exerted energetically – always ready to challenge American hegemony in Asia and beyond. Trumpian America, strategically moribund in the best of times, has through trade-wars, poor rhetoric or disengagement seen former Asian allies turn towards Beijing.

And so Thailand has moved further into the Chinese orbit. Commercial ties have intensified; military cooperation has increased. Meanwhile, the Thai economy became increasingly dependent on Chinese tourism. Thailand was spared the brunt of China’s military assertiveness — it does not claim any maritime territory in the South China Sea —and as ASEAN chair, tried to downplay South East Asian tensions with China.

This Twitter flareup has made clear that many ordinary Thais are unsatisfied with this state of affairs.

It reflects a wider dismay that the East Asian international order is settling back into old habits. As the Middle Kingdom, China has long conceived of itself as the center of a vast tributary system — one that included Siam. This system, however, fell apart after the Qing Dynasty found itself carved up into European spheres of influence.

Now, China’s resurgence has prompted analysts to ask if a hierarchical regional order would once again return. Communist party leaders go to great lengths to stress that Chinese domination would be benign. Think of economic cooperation à la the Belt and Road scheme.

Yet China’s netizens (or bots, who knows?!) seem to know and act otherwise. “How dare a small country like Thailand challenge China?”, one asked. “What if we stop visiting Thailand?” It was more than an echo of Thucydides’ reminder that the strong do what they can and weak suffer what they must.

Unsurprising, then, that China’s rise has sparked a backlash. Indeed, China’s overweening influence in Southeast Asia, commercially beneficial as it is, has prompted searching questions in a nation that has prided itself on its ability to defend itself against colonialism. Khaosod asked after Prayut’s speech with Li Keqiang, if Thailand is once again entering Chinese vassalage. One Twitter account seemed to answer: “We are not a vassal state of China!”

Interestingly, Thai netizens mounted not only a challenge to the existence of Chinese hegemony but also to its illiberal nature.

Thailand’s political divide was well-reflected. Some asked if “orange supporters” — that is, Future Forward voters — still favored China over the US, given that the latter, democratic as it is, has bungled its response to the pandemic. A few called out “nation haters” for engaging in chuk suek kaon baan — “bringing war to the home.”

But by and large, the Thai Twitter crowd skews left.

Fights over regime type erupted, as Thais called out the authoritarianism of the CCP while Chinese accounts mocked Thailand’s enduring and unending military domination. The Hong Kong protest leader Joshua Wong lost no time to tweet that he “stands with our freedom-loving friends in Thailand,” cementing a linkage between the pro-democracy movement in the two countries.

Of course, the Thai realists have a point. China’s territorial integrity has long been one of the CCP’s uncrossable lines, and unwavering support for the One-China policy is the only stance it accepts from international partners. Even advocates of Taiwanese independence in Taiwan know better than to rock the boat and change the island’s ambiguous status quo. Indeed, ruffling feathers with Beijing does no favors for Thailand. The economy, heavily damaged by the pandemic, will suffer even further if lingering anger leads to reduced Chinese tourists.

But at the same time, this entire episode is a revealing one. The United States has sunk to a low point in the eyes of the world; its president is universally mocked after three long years, and its handling of the coronavirus is the envy of none. Yet even at its rival’s nadir, even as democracy has come under doubt and strain, China has been unable to convince the world of a compelling alternative vision of world order.

Twitter, it seems, has not been made safe for autocracy.