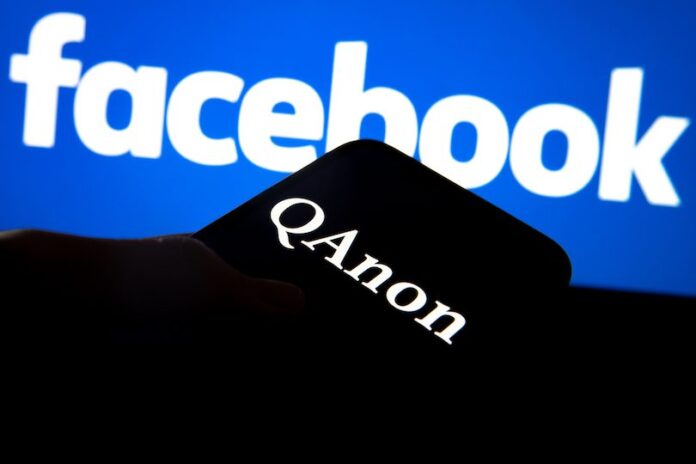 Today there is virtually no limit to communication thanks to technological advancements. In this era, the capacity of ideas to influence people is greater than ever and therefore, diplomacy has evolved and adapted to these advancements. Nowadays, many politicians communicate with people through social media like Twitter and Facebook. There is no consensus on the name of this new type of digital diplomacy instead it has been called “Twitter diplomacy”, “Hashtag diplomacy” or “Twiplomacy”. Unlike traditional diplomacy, which often involves courtesy and civility, Twitter diplomacy, or digital diplomacy in general, does not necessarily use diplomatic language or channels for communication. The prominent tools of digital diplomacy are social media platforms. What makes social media platforms unique such as Twitter, Facebook and YouTube is that they are integrated, combining many media and communication technologies such as webpages, email, images, videos, discussion groups and search engines  (Trottier and Fuchs 2015: 6).

Far-right political groups and parties have been identified as early adopters of digital communication technology due to limited mainstream media access. These groups include both extremists (Neonazis, white supremacists) and relatively more “moderate” people who have Islamophobic and anti-immigration views. Since the mid-1990s, these platforms have brought together people with far-right beliefs, facilitating the expansion of the movement. The first far-right website was the Stormfront established in 1996, and it was operated by a white supremacist and ex-Ku Klux Klan leader Don Black (Mudde 2019: 56).

Mudde (2019: 110) points out that the emergence of social media has created many new far-right media organizations. The relationship between social media and the far-right is important because the former offers a free platform without traditional media rules for the latter. Social media is also important for the far-right, as it can promote its extremist ideas globally. Compared to mainstream media, social media offers a more diverse place for freedom of expression as it rarely has the gatekeeper who facilitates or constrains news diffusion. But freedom of expression is a double-edged sword. For example, although conspiracy theories have been around for a while now, social media has made it possible to produce and consume them on a massive scale. In other words, social media platforms help the globalization of conspiracy theories. A recent research study conducted at Harvard University reveals that alternative sources such as Reddit, Twitter, and Facebook produce more stories that reinforce conspiracy theories than mainstream sources.

The far-right uses conspiracy theories to feed on people’s fears. Among these conspiracy theories, three stand out; “QAnon”, “Pizzagate” and “the great replacement”. QAnon theory presents a gruesome allegation that a “Satan-worshipping pedophile ring led by prominent Democrats”, Hollywood actors and Jewish financiers rule the world, and this group plot against  President Donald Trump since he fights against this group. The theory has been linked to various violent acts including kidnapping and murder. The FBI has identified QAnon as “domestic extremism” in 2019. Although the theory is American-centric, it is also thriving in Europe. For example, German followers of the theory once claimed that the maneuvers of American soldiers within NATO in Germany were not actually an ongoing exercise, but a secret operation against Chancellor Angela Merkel planned by Trump to “liberate” Germany.

The great replacement (Le grand remplacement) theory is another conspiracy that is popular among the far-right. This racist conspiracy theory is of French origin, arguing that white people are being replaced by non-white people because of the low birth rate of white women since they now work instead of raising children. In addition to the growth of minority communities, white communities are also being replaced “at an ethnic and cultural level through migration”. Considering that terrorists have also used these arguments in many incidents in recent years, we can see that this theory is not limited to the internet.

A detailed report on the New York Times reveals that Pizzagate theory emerged in 2016 with a claim that Hilary Clinton and her top aides were running a child-trafficking cult centered in a Washington pizza parlor. Just like other conspiracy theories, Pizzagate has also real-world consequences. In December 2017, a gunned man fired a military-style assault rifle inside the pizza store in order to “save the children”. He was sentenced to four years in prison after surrendering himself to the authorities.

The powerful role of the far-right on the Internet has even produced a far-right subculture namely “alt-right”, short for “alternative right”,  which was popularized by Richard Spencer. The concept of the alt-right does not have a clear definition or borders, but there are still central themes such as white nationalism, neo-Nazism and anti-immigration. It consists of mostly social media trolls who post racist, ominous, and misogynist memes. In August 2017, an alt-right group composed of 1,000 people came together for a “Unite the Right” rally in the US city of Charlottesville. The rally ended violently, and a counter-protester died. After this incident, the number of people participating in group marches decreased (Mudde, 2019: 110).

The link between social media and the far-right is not only limited to political parties. Steve Bannon is arguably the most prominent example of how one person is first active on the web and then can gain political influence. Bannon was the executive chairman of Breitbart News, a far-right website that promotes anti-immigrant and anti-Muslims narratives. The website also aligned with the alt-right. Later, he became the chief executive officer of the Trump campaign and Trump’s chief strategist during the first seven months of his term. According to BBC, he had been arguably the second most powerful man in Washington during his political career. He eventually got fired and returned to the website but later stepped down from Breitbart. Trump himself thanked him on his official Twitter account for his service.

Grassroots far-right mobilization also uses social media to both attract new members and reach visibility in the media. For instance, a study reveals the relationship between social media and Pegida, a German right-wing populist movement. Pegida mostly uses Facebook to communicate with right-wing sympathizers and spread its anti-Islamic agenda. Moreover, there is a linear line between the user interactions and violent, radical posts shared by Pegida. Another study points out that there is a correlation between youth radicalization and the proliferation of social media. In order to attract new members, far-right radicals spread false news about Islam and Muslims on social media in a way that they could not do in mainstream media.

This situation has not changed during the pandemic. The far-right has been exploiting the pandemic since the beginning. For instance, a recent report conducted by the Institute for Strategic Dialogue points out that far-right groups conducted online disinformation about COVID-19 between January and April 2020 on Facebook. Accordingly, 34 far-right known disinformation-hosting websites gathered over 80 million interactions. These groups blamed the “elites” such as Bill Gates, George Soros, the Rothschilds and Jeff Bezos for spreading or even creating the virus (Crawford 2020).

It can be argued that there is a demand side of social media for the far-right in addition to the supply side. First of all, people tend to pay more attention to negative news. In other words, the news about the far-right sells. Thus, social media platforms promote the far-right content. For instance, a study conducted by Cornell University based on 330,925 videos posted on 349 channels points out that Youtube offers a kind of “radicalization pipeline” that leads users from relatively far-right content to more extreme content.

Secondly, many social media platforms hardly check the accuracy of the news published. Therefore, it is easier to spread false and fake news about immigrants and Islam on social media compared to mainstream media. This situation has been harshly criticized by many politicians across the world.

It should be emphasized that currently social media platforms take various measures against these conspiracy theories such as censoring for its far-right userbase and banning them if it is necessary. In fact, in November 2020, Twitter permanently suspended Bannon’s account after his post suggesting that US infectious disease expert Dr. Fauci and FBI Director Christoper Wray should be beheaded “as a warning to federal bureaucrats”. However, it is controversial how well such policies work. In fact, a new study indicates that even if the far-right figures are kicked out of social media, they can quickly find a new place.

Social media is a kind of “echo chamber” in which like-minded people mutually confirm their views but are less likely to encounter, and engage with, alternative opinions. This situation explains a significant part of the power of the far-right in social media. The fact that anyone who uses social media regularly can encounter and be affected by these racist, Anti-Semitic and white supremacist posts shared by far-right figures reveals the danger of this situation. Even the normalization of such shares and memes lays the groundwork for a dangerous environment for minorities. The domination of the far-right in social media has consequences in everyday life, and as a result, right-wing populist discourse in politics have normalized in recent years. If this situation is not prevented, it can be expected that the far right will be welcomed more normally in politics and daily life.