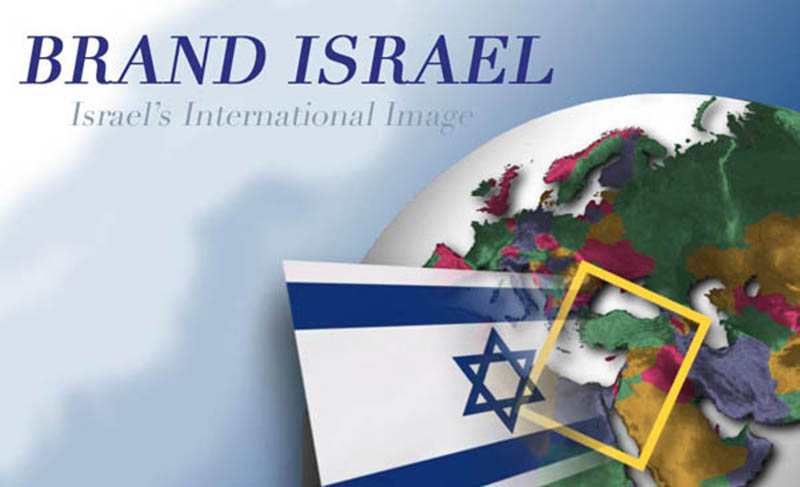 Public diplomacy in Israel (also hasbara) (Hebrew: הַסְבָּרָה‎ hasbará, “explaining”) refers to public relations efforts to disseminate abroad positive information about Israel.[1][2] The term is used by the Israeli government and its supporters to describe efforts to explain government policies and promote Israel in the face of negative press, and to counter what they see as delegitimisation of Israel around the world. Hasbara means “explanation”, and is also a euphemism for propaganda.[3][4][5][6]

Meaning of the term

While hasbara literally means “explanation”, its exact import in its current usage is debated. Gideon Meir has said that there is no “real, precise” translation of the word hasbara in English or any other language, and has characterized it as public diplomacy,[7] an action undertaken by all governments around the world with the growing importance of what Harvard professor Joseph Nye termed soft power. Gary Rosenblatt describes it as “advocacy”.[8]

Hasbara has been described as “pro-Israel propaganda,”[9] and “the new user-friendly term for Israeli propaganda”[10] but while “propaganda strives to highlight the positive aspects of one side of a conflict, hasbara seeks to explain actions, whether or not they are justified.”[11]

The term “propaganda” acquired a pejorative sense during the first half of the twentieth century. Accordingly, British and American propagandists used “information” to describe their work and the positive-sounding word hasbara has generally been preferred in Hebrew. “Propaganda”, ta’amula in Hebrew, is mostly reserved for what opponents do, but the term was often used by the Zionist movement to portray its own efforts to influence mass audiences.[12]

Shmuel Katz‘s book Battleground: Fact and Fantasy in Palestine, published in 1973, was described as “an encyclopedic source-book for those involved in Israel’s hasbara (public relations) effort.”[19] In 1977, Prime Minister Menachem Begin named Katz “Adviser to the Prime Minister of Information Abroad.”[20][21]

In May 1992, The Jerusalem Post reported that American Jewish leaders hardly reacted to news that the Foreign Ministry’s hasbara department would be eliminated as part of a sweeping reorganization of the ministry. Malcolm Hoenlein noted there had been talk of streamlining the ministry’s hasbara functions for some time. He said that merging the hasbara department’s functions with those of the press department did not portend any downgrading in the priority the Likud government gives to hasbara abroad. Abe Foxman, reacted similarly, saying he was “not distressed or disturbed”, and noted that disseminating hasbara has always been the responsibility of every Foreign Ministry staff officer, especially those working abroad; if eliminating one department means everyone will assume greater responsibility for his or her own efforts in distributing hasbara, then he is all in favor. It also reported that personnel in foreign hasbara departments would be shifted to press departments, which is where much of the work currently done by hasbara officials properly belongs. He explained that Israel’s efforts to provide hasbara abroad would focus on media communications.[22]

In 2001, Shmuel Katz published a retrospective of Israeli hasbara efforts and said that the task of Israel’s hasbara “must be tackled not by occasional sudden sallies but by a separate permanent department in the government.”[23] Sharon did increase hasbara efforts, but did not create a cabinet-level ministry for that purpose.[24]

Also in 2001, the Israeli Foreign Affairs Ministry,[7] the diplomatic arm of the Government of Israel, was an original co-sponsor of the Hasbara Fellowships activities of Aish HaTorah. The Jewish Agency for Israel, Department for Jewish Zionist Education, operates a campaign called “Hasbara, Israeli Advocacy, Your Guide to the Middle East Conflict”.[25] In May 2007, the Hasbara Fellowships asserted that “Wikipedia is not an objective resource but rather an online encyclopedia that any one can edit. The result is a website that is in large part is controlled by ‘intellectuals’ who seek re-write the history of the Arab-Israeli conflict. These authors have systematically yet subtly rewritten key passages of thousands of Wikipedia entries to portray Israel in a negative light. You have the opportunity to stop this dangerous trend! If you are interested in joining a team of Wikipedians to make sure Israel is presented fairly and accurately, please contact [our] director”.[26] A similar advocacy campaign on Wikipedia was later launched by the CAMERA in May 2008; it resulted in administrative action by the project, and several editors were blocked indefinitely.

In 2002, the Israeli State Comptroller’s office issued a report critical of Israel’s PR efforts, “A lack of an overall strategic public relations conception and objective” and lack of coordination between the various organizations were mentioned. Funding levels are modest; the Ministry of Foreign Affairs spent about US$8.6 million on these efforts in 2002, and the Government Press Office was only budgeted at US$100,000.[27]

In 2008, Yarden Vatikay was appointed to coordinate Israel’s domestic and foreign media policy.[28]

A 2010 report produced for the Israeli cabinet by the Reut Institute, and cited by the newspaper Haaretz, exemplifies the common Israeli view that hasbara efforts are needed to respond to what it describes as a diffuse “delegitimization network” of anti-Israel activists. As Haaretz put it, “The network’s activists – ‘delegitimizers’ the report dubs them – are relatively marginal: young people, anarchists, migrants and radical political activists.” The newspaper also cites the report as saying this network promotes pro-Palestinian activities in Europe as “trendy,” and calls for it to be monitored by Israeli intelligence services, and for the cabinet to treat the network as a strategic threat. It concludes that Israel was not prepared to meet the threat posed by this diffuse network, and that a counter-effort must be more vigorously undertaken to respond to its activities.[34]

Hasbara advocate Neil Lazarus says that what he calls “low budget, grassroots Hasbara 2.0” has come of age, and commends web sites that keep track of what supporters see as anti-Israel media bias, and that promote e-mail campaigns on behalf of Israel. He observes that “Israel’s hasbara seems to be becoming more dynamic, as the Diaspora takes responsibility”, and that, “Even day schools and MASA programs have been conscripted to the task.”[35]

The Israel Citizens Information Council (ICIC) says its purpose is “to assist efforts to explain Israeli life from the vantage point of the average Israeli citizen. Towards that end, the ICIC enlists Israelis from all walks of life to participate in its various projects … One of our major activities is the production of special Powerpoint presentations which we post on our website. These presentations review specific aspects and issues related to Israel and the Middle East.”[36]

Some hasbara experts study methods used by Palestinian activists and offer advice on how to respond. Describing demonstrators as “youths,” for example, creates a different impression from calling them “children.” They draw attention to the subtle differences of meaning between words such as demonstration and riot, terror organization and Palestinian political organization. They advise against name calling and point scoring.[37]

Edward Said wrote that hasbara methods used during the Second Intifada included lunches and free trips for influential journalists; seminars for Jewish university students; invitations to congressmen; pamphlets and donation of money for election campaigns; telling photographers and writers what to photograph or write about; lecture and concert tours by prominent Israelis; frequent references to the Holocaust; advertisements in the newspapers attacking Arabs and praising Israel.[38]