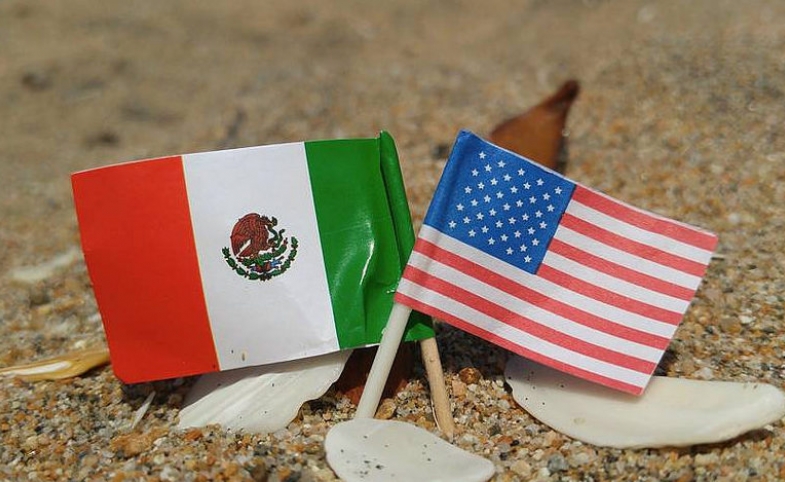 uncaptioned image from article
The December inauguration of Andrés Manuel López Obrado (AMLO) as Mexico’s 58th president creates a tremendous opportunity in U.S.-Mexico relations. AMLO and President Trump have established a surprisingly cordial relationship that can serve as the foundation for better binational ties. But this improved landscape is still encumbered by the negative perceptions the two countries have of one another, which inevitably undermine policy outcomes. No two countries matter more to one another, while understanding and appreciating one another so poorly, than the United States and Mexico.Consider this: trade between the two countries totals $1.7 billion a day. The United States is, by far, Mexico’s largest trading partner, while Mexico is the United States’ third-largest trade partner after Canada and China. About 11 million Mexicans live and work in the United States, while nearly one million Americans live in Mexico, almost as many as in all of Europe. Transnational organized crime victimizes both countries, differently but arguably equally, necessitating cooperation between the two countries to address that security threat.Yet, the citizens of each country undervalue, negatively stereotype and mistrust the other, as evidenced by research released last year from the Chicago Council on Global Affairs. Public opinion of the United States among Mexicans has collapsed. Two in three Mexicans express an unfavorable view of the United States, while just three in ten have a favorable view, a shocking reversal from 2015 when 66 percent favorably viewed the United States and 29 percent held unfavorable views. Meanwhile, American perceptions of Mexico, while not experiencing such a precipitous drop, have declined 9 percentage points since its peak in 2002, from 60 percent favorability to 51 percent. This is hardly the foundation for effective bilateral relations, especially when policy outcomes of such significance are at stake.The Annenberg Foundation Trust at Sunnylands and the University of Southern California’s U.S.-Mexico Network convened a dialogue last year with leading officials, diplomats and experts from both sides of the border to examine how to overcome this problem. What emerged was a consensus that to upgrade binational relations, both sides must change the stereotypical narratives each holds about the other.

Mexico and the United States matter greatly to one another. It’s about time they begin to see one another as they really are, and renew their commitment to public diplomacy. [JB emphasis]

Public diplomacy, efforts to improve the image of a nation in the eyes of foreign publics, is the foreign policy tool designed to achieve this objective. Unfortunately, public diplomacy has long been underutilized in U.S.-Mexican relations. In part, this is because this tool of soft power seems less impactful than the use of coercive force. Moreover, public diplomacy outcomes are only realized in the medium-to-long term, which is at odds with the short-term nature of budgetary and political calendars. As a result, both Mexico and the United States have undervalued public diplomacy. This must change. Both must upgrade the status of and resources for public diplomacy.Specifically, this should include increased attention to exchange programs, city-to-city diplomacy and opportunities surrounding the 2026 World Cup.Professional, military and educational exchange programs have been underutilized in U.S.-Mexico relations. In the 2016/17 academic year, only 5,736 Americans studied abroad in Mexico, representing a mere 1.7 percent of the total number of American students abroad. This is a problem since exchange programs are proven to create deep human connections that are the most effective method for overcoming negative stereotypes. Participation in exchange programs must be greatly expanded.City-to-city diplomacy has been equally cast aside, despite its proven ability to reshape the thinking of elites and the general public. City-to-city diplomacy was a cornerstone of the post-World War II rapprochement between France and Germany that transformed historic adversaries into the cornerstones of the European Union. An aggressive city-to-city program between Mexico and the United States could have a similar impact. Such a program should focus on interior states that traditionally have had little contact with the other country. It would expose publics for whom stereotypes have traditionally held sway to the arts, culture, history, and most importantly, the people of the other country.Finally, the recent announcement that the 2026 World Cup will take place in the United States, Mexico and Canada presents a huge public diplomacy opportunity. There is no greater stage to promote unity among citizens of North America than the world’s most-watched athletic event. Public diplomacy initiatives surrounding the World Cup should spearhead a new trilateral public diplomacy strategy that creates a North American Cup of Culture designed to highlight each country’s rich heritage.Mexico and the United States matter greatly to one another. It’s about time they begin to see one another as they really are, and renew their commitment to public diplomacy.Pamela K. Starr is director of the U.S.-Mexico Network at the University of Southern California. Jeffrey Phillips is policy director of The Annenberg Foundation Trust at Sunnylands.Original Article