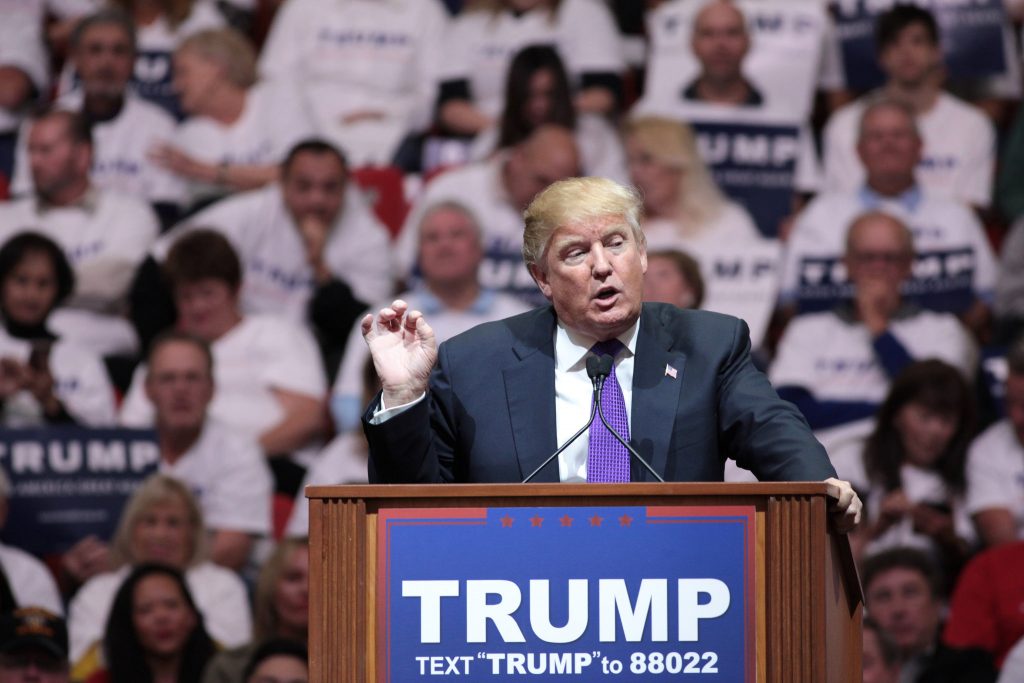 This piece first appeared on Medium.

We really need to talk. Fake news during this election cycle presented a considerable problem that must be addressed. But let’s be real with each other. Real news had problems too — bigly.

A year ago, before the primaries began, I said in Fortune that the U. S. was in the midst of its Social Media Revolution Election.

Facebook, Twitter, Instagram and Snapchat were enabling candidates to speak directly to millions of potential voters, opening new opportunities for “outsider” candidates — including the president-elect himself, Donald Trump. There was a departure from reliance on the major political parties and traditional media to get messages out, while social media power was accelerating,

I said then of the candidates:

“They’re able to respond in real time and make direct connections between candidate and voter and minimize the power of fact checking. … Rather than respond to media reports debunking something a candidate has said, he or she can ignore the outside reality check and just keep repeating the message — true or not — to supporters.” — December 1, 2015

And not long after, I looked more deeply into growth rate trends of the candidate’s followers, asking, “Can you tweet your way to the Oval Office?”

We know now that the answer is yes.

My conclusion then: “the dynamics of social media are not only impacting the social media conversation/ecosystem but appear to highly influencing digital and traditional media coverage … The intersection and amplification occurring between these media types, appears to create an even larger effect for those candidates that are on the leading edge of social media tactics.”

Although the exact shape of the Social Media Revolution Election was not clear, the contours were there if you were paying attention. It’s like that song by The Beatles:

“I’m looking through you, where did you go?

I thought I knew you, what did I know?

You don’t look different, but you have changed

I’m looking through you, you’re not the same”

From: “I’m Looking Through You”

All the discussion recently about the impact and reach of FAKE news is important, and I’m glad it’s being examined so deeply. Clearly that is part of the problem to be solved — but it’s only one part. I’m not letting REAL news off the hook.

As someone who has deeply considered news nutrition, public engagement, and what makes our democracy function well (or not), here’s my diagnosis of what happened.

The top 10 ingredients of a ‘Social Media Revolution Election’:

Trump was ready-made for a Social Media Revolution Election. Through his instincts and his experience as a reality television star and entertainer, he capitalized on a disrupted media environment. 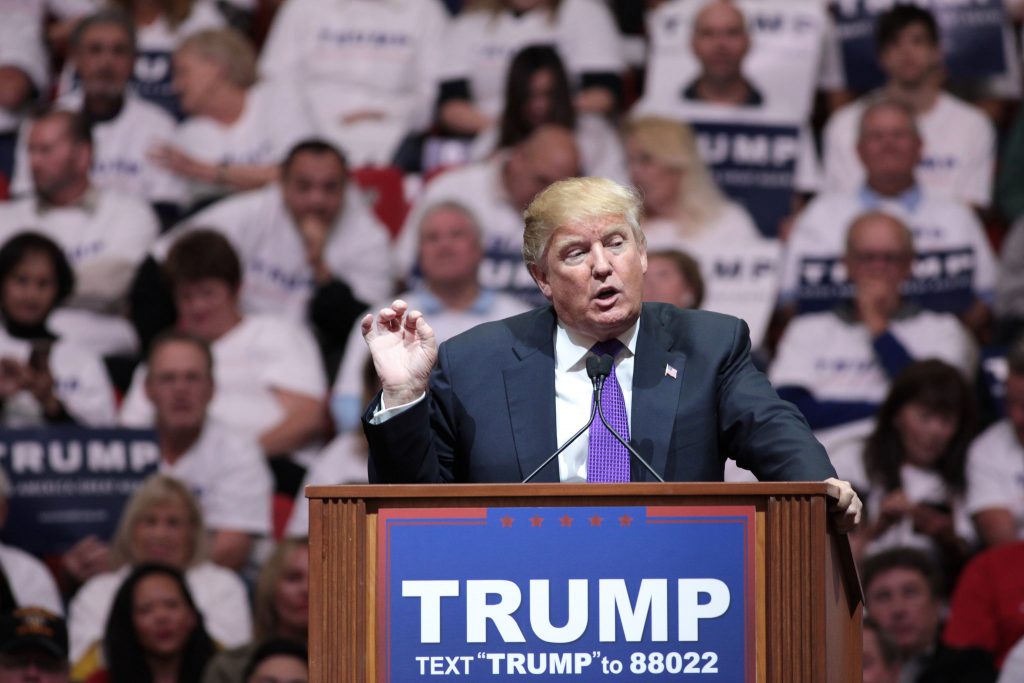 Photo by Gage Skidmore on Flickr and used with Creative Commons license.

The news media was addicted to Trump. Television news and cable news in particular couldn’t get enough of the spectacle and the ratings. It’s been well documented that Trump received $2 billion of free press in the primaries and then was able to bypass much mainstream media in the general election via social media. As an individual but also a brand, he had an out-sized influence on the conversation.

Trump acknowledged as much in his 60 Minutes interview earlier this month, where he also remarked that his social media following is continuing to grow — and was watching by how much.

Don’t get me wrong — there was excellent journalism from sources such as The Washington Post, The New York Times, The Wall Street Journal, The Guardian, Vox, The Economist, Bloomberg, The Atlantic, and yes, public media (PBS Newshour, Frontline, PRI and NPR, local public radio and TV stations). But it wasn’t even close to meeting the scale of need.

Although exact figures are not available, many millions of dollars were likely spent on coverage of this election. But unfortunately, they were allocated in such a way that coverage on the whole that was lacking real depth and relevance.

And since we’ve seen it’s possible to tweet your way to the White House… What about leading the free world by Tweet, a Tweeter-in-Chief?

We shouldn’t rule out that possibility either. So what should the news media and tech leaders do now?

Lessons from this election, both good and bad, will carry forward. The entire political-media sphere will continue to be disrupted.

It’s early days, but high time for news organizations, media companies, social media platforms such as Facebook, search giants like Google and other tech companies to grapple with important questions and respond to emerging new norms. 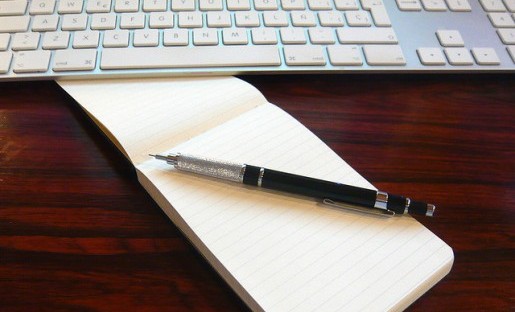 Photo by Berto via Flickr and used with Creative Commons license.

Here’s what I’d predict and prescribe:

1. Relevance and connection to the public must be improved. We need to take a hard look at echo-chambers and the sameness of many journalists as well as those featured in their stories or the panels and pundits we see in cable and network television. Are we just going to recirculate tired narratives and the same old faces (or new faces saying the same old things)? Lack of inclusiveness in news media hurt our reporting and our power to effectively and fully inform. Newsrooms must build diversity into who is creating and featured in the news with more gender, ethnic, religious, political, geographic inclusiveness and to get out of media coverage bubbles. It may not be easy, but we need to be intentional and make much more progress on this as fast as possible.

Practice some humility. Engage users as partners, where they are. We need to listen and join others in often difficult and important conversation and not just produce our stories and let it begin/end there.

2. Transparency will likely decrease, making accountability harder to pursue. Get ready for more FOIA requests and much more need to press to get answers and push past soundbites. A powerful lesson from the election could be that politically speaking, less transparency, not more, wins like never before. What level of public engagement, cooperation among media sources, investigative and enterprise journalism will be required to get at information the public needs and to provide accountability?

3. Efforts to undercut trust in, intimidate and distract news media will continue. News media was regularly derided during the campaign and was distracted by ‘entertainment’ moments. Places to start: Focus on the dangers of lack of transparency, draw connections to historical parallels or context in other countries where press freedoms are under threat, report on any intimidation, and guard against insidious self-censorship. Right size and balance the coverage of the latest Presidential tweet and the controversy and distraction of the moment with the bigger picture of the decisions being made by government. Where will the news media choose to focus it’s best attention?

4. Spreading of misinformation and gaming of social platforms will continue. Media organizations, startups, citizens and technology companies need to take action and help news consumers assess and find quality content at scale, see content from a variety of sources and know its origins. Engage with the social media and search companies to address fake news and misinformation.

5. Invest in more enterprise and investigative journalism. Build funding models that better support these potential “loss leaders” so our democracy doesn’t suffer. Support the independent media and institutions dedicated to this work, and then spread that work through your social media channels. Shine light on quality stories. Focus on implications and connections. Aggressively build more partnerships between mass- and niche-media to get specialized work in front of wide audiences. Fake and distorted news will continue, because it worked. We need a counter-offensive.

No doubt many more questions and norms will emerge as time passes. But we can’t wait to address the immediate problems. We must do better. The public needs us to, now.

P.S. My next post: strategies to help news consumers choose the best-quality news and break out of echo chambers.

Alisa Miller is leading digital media executive and thought leader. She’s passionate about technology, journalism, knowledge products and inclusive communities to empower people to benefit their lives. She’s President/CEO of PRI-Public Radio International and serves on the Lumina Foundation Board of Directors.