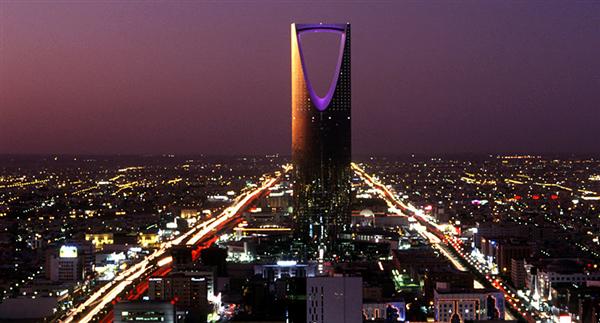 The term “soft-power” was coined by international relations scholar Joseph Nye to describe the power that comes from the ability to attract rather than coerce as a means of persuasion – in other words, when a country can accomplish its national interests because others admire its values and contribution to developments across different parts of the world.
The majority of great countries have embraced foreign aid as an instrument of “soft power” to achieve their political and economic aims. During the Cold War, the United States sought to use aid, supposedly to help poorer nations, as a tactic to counter any possibility of Communists influencing other nations.  In the 21st century, interest in using foreign assistance has grown among countries such as China, which has shifted its overseas development aid toward Africa, aiming to secure economic and political influence.
Saudi Arabia is no exception to this trend. Saudi foreign economic aid goes to reduce poverty overseas, helping those affected by disasters and – more recently – to counter global terrorism. As a member of the G20, Saudi Arabia has allowed poorer nations to default on their loans. These loans amounted to nearly $103 billion in 2013, yet Saudi Arabia waived more than six billion dollars of debt owed by the least developed countries.
The Kingdom contributed up to 0.2 cent of its gross national income (GNI) to foreign aid, which places it as one of the most generous donors in the world. This is exemplified by Saudis offering a $500 million donation in humanitarian assistance to the Iraqi people in 2014. Here, Saudi Arabia surpassed the pledges of all European donors put together ($200 million).

Yet, this is nothing new. Last August, Saudi Arabia donated $100 million to the fledgling United Nations Counter-Terrorism Center (UNCCT) – which amounts to 10 times more than what it provided to actually help create the Center in 2011.
Despite the fact that Saudi financial aid has greatly impacted those less fortunate around the world and assisted the international community to combat terrorism, these initiatives only managed to garner limited international recognition and therefore limited effectiveness in terms of raising the country’s global profile.
Saudi generosity in the way of donations is largely ignored by the international media – perhaps because they don’t want to admit the Saudi role in helping the world to develop or to fight terrorism in order to keep the spotlight on that role monopolized by certain great countries. However, the more worrisome fact remains that the reality of Saudi overseas financial assistance is consistently twisted by Western media and presented in such a way that causes the opposite impact to what has happened in reality.
A prominent example, which highlights the contradictory effects of financial aid on the Saudi public image, is the current smear attempts led by some Western media against the Kingdom.  A number of foreign media outlets continue to circulate misleading reports about the role of Saudi humanitarian aid for the global public good that generates a misconception about the Kingdom’s position.  Conversely, the Kingdom’s generosity in donations is unable to play a role in countering these allegations, because what Saudi Arabia is doing, in terms of making contributions to international humanitarian needs, remains unrecognized among the foreign general public; that is to say it is not adequately reaching out to foreign audiences.
One underlying problem might be the manner in which Saudi Arabia seeks to advertise itself and consciously mediates its “soft power” initiatives. Saudi Arabia does not publicize its foreign aid activities, or follow up with campaigns that promote its generosity. Therefore, it cannot capitalize on this potential to raise its global prestige. This could be attributed to cultural factors, as observed in the highly-esteemed Arabic proverb: “Spend with your right hand what your left hand doesn’t see” – an attitude that is generated from Islamic teaching.
However, with the dynamic changes and complexity of today’s politics, it is no longer effective for Saudi Arabia to carry out charitable activities and donations anonymously or confidentially and in accordance with this approach. Instead, it should utilize its donations to further its own foreign policy goals and spread its “soft power” to “win the hearts and minds” of people across borders. One way of doing this is to establish an agency to coordinate and manage humanitarian activities and responses.
Additionally, it should promote its financial aid in such a way that could inform and influence foreign audiences about the Kingdom, and enhance its international standing and safeguard its public image in times of crisis.
Najah Al-Osaimi
http://www.saudigazette.com.sa/index.cfm?method=home.regcon&contentid=20141031222849
Please follow and like us: