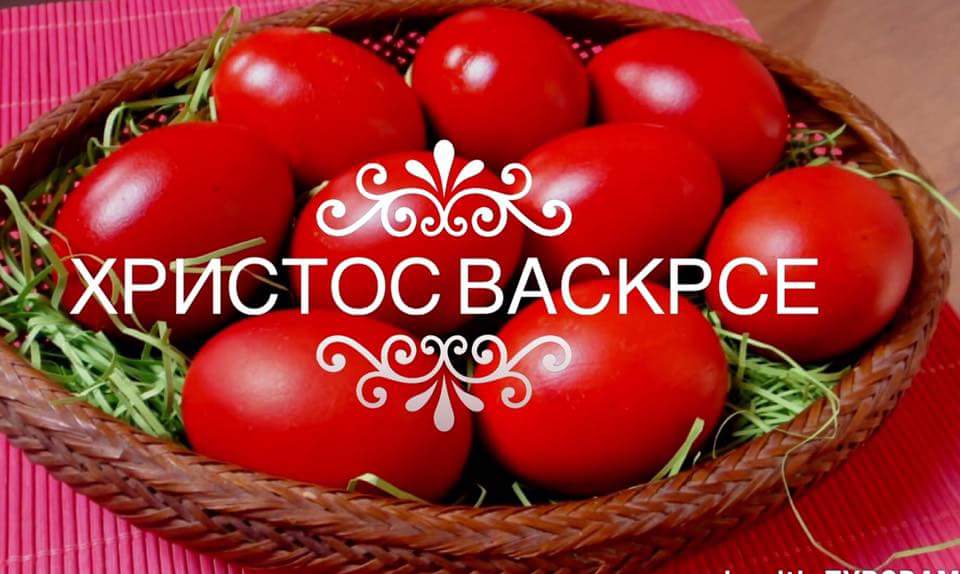 By now you may have realised that people of Christian Orthodox faith celebrate Easter on a different day to the official Easter holiday in Australia. Orthodox Easter Sunday, also called Pascha, will fall on April the 8th 2018. You might be wondering why this is so; well up until the year 1582, early Christians (both Catholic and Orthodox) used the Julian calendar to calculate Easter Sunday. However, since it was found the Julian calendar did not allow for the astronomical year being shorter than 365.25 days, it was reformed by Pope Gregory XIII. While the west on the whole adopted the new Gregorian calendar, the Orthodox churches still calculate Easter using the old Julian calendar.

Despite the difference in dates, Easter, as in western Christian churches, is the holiest time of year in the Orthodox Church; a time when they commemorate the death and resurrection of Jesus Christ. So the inherent meaning of Easter is the same in both denominations.

There are many customs followed by Orthodox Christians at Easter time. Orthodox Christians fast for the entire 6 weeks prior to Easter Sunday, a time known as Lent. They follow a strict vegan diet free of meat or animal bi-products such as dairy, until midnight on Easter Saturday, when they’re allowed to break their fast. This is the reason why large family meals, often including lamb, are eaten on Easter Sunday in Orthodox countries such as Greece. In countries like the Ukraine, bakers prepare a special Easter bread called Paska that is decorated with crosses and other plant motifs.

Perhaps one of the best-known images of Orthodox Easter, however, are the brightly painted Easter eggs. In the Orthodox tradition, eggs are a symbol of new life; early Christians used eggs to signify the resurrection of Jesus Christ. Eggs are also coloured red to signify the blood of Christ. When the eggs are handed out and cracked on Easter Sunday – the inside is revealed and this symbolises Christ’s resurrection.