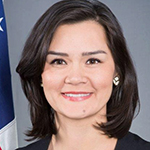 The State Dept. has merged its domestic PA [JB – Public Affairs] bureau with the international information programs (public diplomacy [JB emphasis] ) unit to form a new global public affairs shop of about 300 staffers.The Washington Post calls the revamp "the biggest structural change at the State Dept. in 20 years," and a effort to counter disinformation campaigns by China and Russia.Michelle Giuda, acting under secretary for public policy and PA, engineered the overhaul, which had been contemplated for years but stymied by the Smith-Mundt Act of 1948 that bars the government from targeting Americans with propaganda.The Post noted that Smith-Mundt Act restrictions are less relevant in the digital age when US reporters report on State Dept. messaging overseas, and foreign journalists cover State Dept. briefings.Secretary of State Mike Pompeo said the restructuring marks a "critical change and evolution within our public diplomacy operation to ensure we deliver on that mission in the 21stcentury."Prior to being sworn in at the State Dept. in February 2018, Giuda was deputy press secretary for Newt Gingrich and senior VP-global communications at Weber Shandwick.Category: GovernmentReturn to Apr. 12, 2019 NewsReturn to Latest News
Original Article