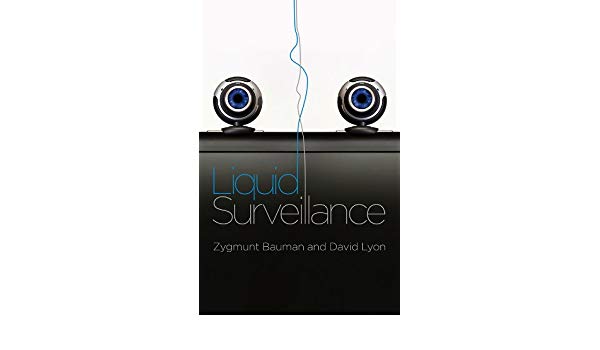 Philosophers and political theorists have argued that the goal of every society is complete control. This is also true of democratic societies and herein lies the tension of every democracy. That a government is elected by people to manage its affairs. Yet soon that very government strives to control its citizenry. Free people thus freely put on the shackles of their domination.

In the digital age, control is gained through data. Governments have at their disposal swarms of data gathered on every citizens ranging from his/her blood pressure, as monitored by HMOs, to his/her credit history, as reviewed by banks. Information that cannot be accessed by governments, soon surrenders to their authority. Such was the case when Facebook allowed US intelligence agencies to access its databases. Notably, Facebook’s is perhaps the most invasive, sensitive and awesome database ever created. Using its algorithms, Facebook is able to deduce one’s political affiliation, sexual orientation, health status, financial prosperity and more.

But for governments to exercise constant and compete control, they must continuously amass information on their citizens. At times, this is achieved under the familiar and powerful pretence of national security. It is these two words- national security- that enable governments to film citizens’ using CCTV cameras, monitor their phone conversations, track their online discussion and reduce their privacy to an illusion. Moreover, governments amass information through the guise of ‘the better good’. These powerful words- the better good-enable governments to access personal medical histories, hospital records and even psychiatric evaluations. For if the state can track its citizens’ blood pressure, it can better the healthcare it provides.

The advent of digital diplomacy has forced an inherently discrete institutions to open its heavy, and antiquated doors to the public. The question that follows is does the emergence of transparent diplomacy pressure individuals to share of information online? In other words, does digital diplomacy increase governments’ control over their citizens?

A Profession Shrouded in Secrecy

Traditionally, diplomacy was a profession shrouded in secrecy. This was necessary as Ambassadors to foreign courts would send dispatches to their Kings and Queens offering frank assessments of leaders, nobles and monarchs. Had Louis the 16th read the dispatches sent to Austria’s Maria Theresa, he would be shocked by their detailed descriptions of his sexual inadequacies. So shocked that he may have shattered the Franco-Austrian alliance. Other times diplomatic cables detailed secret alliances between nations or identified the weaknesses of foreign states ready to plundered by world powers. Intelligence gathered by Ambassadors was the bedrock on which nations formulated their foreign and security policies.

Modern foreign ministries have also relied on secrecy to obtain their goals. At times, negotiations were so sensitive that they had to be conducted far from the public eye. Such was the case with the Oslo peace accord that was only revealed to the world once negotiations between Israel and the PLO were complete. Revealing these negotiations could have led to their demise as Israeli and Palestinian leaders would be pressured by local politicians to abandon these talks. This was also the case during the Iran nuclear negations. Initial trust building measures were negotiated by diplomats in secret, as neither American nor Iranian leaders had the political capital to conduct them in the open.

Secret diplomacy has also enabled enemy states to interact with one another. It is now common knowledge that throughout the 1970’s and 80’s Israeli Prime-Ministers regularly met with the King of Jordan who, more than once, warned Israel of impending attacks by Arab states. Diplomats have also often doubled as secret agents while embassies play host to intelligence officers. Be it in London, New York or Paris, diplomatic hubs are also intelligence hubs. Edward Snowden himself was stationed in Geneva, another diplomatic hub.

However, in the digital age, diplomacy has been forced to become more transparent. While secret negotiations still take place, foreign ministries and diplomats routinely share information, images and videos from within the inner sanctums of diplomacy. At times, diplomats live-tweet international conferences as was the case during the Geneva 2 conference which sough to end the Syrian Civil War (see tweet below). Diplomats also updated their followers on climate talks during COP 21 while UN Ambassadors regularly tweet from within the UN Security Council, as is the case with the British Ambassador to the UN (see below).

Some ministries also allow digital publics to review diplomatic accords, trade agreements and transcripts from bi-lateral meetings. The America State Department published the Iran Nuclear Accord in full on social media. The Indian MEA’s smartphone application allows users to review trade agreements while phone conversation between Vladimir Putin, Barack Obama, during the Crimean Crisis of 2014 were published on the White House’s website.

The increased, or supposed, transparency of diplomacy may lead individuals to divulge large amounts of personal information online. For if diplomacy is now conducted in the limelight, so must one’s personal life. If diplomats take Selfies from within the negotiating room, then average social media users must take Selfies from within tier bedrooms. For if the world’s most secretive profession is now practiced on stage, so must one’s daily life.

I have previously argued that digital diplomacy facilitates the presentation of the state in everyday life. Online, state’s comment on daily events, partake in online traditions (e.g., through back Thursday), employ popular memes, adopt popular hashtags and narrate local and global events as they occur. The state thus comes to life, daily, on the social media profiles of diplomats, foreign ministries and embassies. This, I now argue, forces the presentation of the self in everyday life. For if the state has nothing to hide, do we? If the state sets information free, should its citizens not follow suite?

In this way, the advent of digital diplomacy further pressures individuals to lead open and transparent lives. To share their success and failures, romantic conquests and breakups, promotions and redundancies, holidays and family drama, weddings and mastectomies. And with each post, or tweet or Selfie information makes its way to the databases of online companies. Yet as Zygmunt Bauman has asserted, digital information is liquid. It can never be contained to just one database. It flows from Facebook, to advertisers, to Walmart and eventually to the government.

This is the downside of digital diplomacy. That the government, any government, no longer requires words like ‘national security’ or ‘the better good’ to obtain total control over its citizens. It merely needs a flask into which digital data will flow and be analysed.