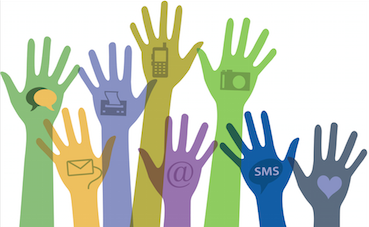 Does the ICISS report achieve to change the notion of state sovereignty and thereby alter state practice with regards to intervention?

In August 2011, the civil war in Syria had already reached the level of a full-fledged humanitarian crisis. Twenty-six months later, the conflict has cost thousands of lives and is still ongoing, while the UN Security Council (UNSC) remains estranged and inactive. (Washington Post, 2013) And yet in 2001, the International Commission on Intervention and State Sovereignty (ICISS) had released a report titled “Responsibility to Protect”, which aimed to propose strategies for the international community to deal with humanitarian crises. The acronym, R2P, soon found its way into debates at UN level. But the evolution of the ICISS report into what was adopted at the 2005 UN Summit illustrates the crux: While a panel of experts can find consensus on state practice and attempt to alter existing notions of sovereignty, states themselves will not restrain their own scope of action. The following case study will therefore argue that the report has initiated a trend towards a changed normative discourse on state sovereignty and increased moral pressure on states to act to protect citizens outside their territory, but failed to change the existing notions of state sovereignty or to alter state practice following its evolution into the principle adopted in 2005. It will do so starting with an outline of the key catalysts, namely the genocide in Rwanda and the intervention in Kosovo in 1999, and elements of the report, to then examine the international reactions as well as the impact it had on the reality as well as on the discourse on sovereignty.

The Commission was initially born out of necessity in a time that had seen intra-state wars supersede inter-state wars as the main threat to international peace and security after the end of the Cold War. (Belloni, 2006; ICISS, 2001) Amidst the mass atrocities committed within the territory of sovereign states, and in particular the genocide in Rwanda in 1994, the UN Charter and international law itself were perceived as anachronistic and unfit to rise to the challenges faced with. (ICISS, 2001; Lyon, 2009) The NATO-mission in Kosovo in 1999 then further fuelled that notion through the debates on its “legitimacy but illegality.” (Hehir, 2011; ICISS, 2001) Thus, it had become apparent that for the years to come, in order to deal with mass atrocities committed within state borders, there needed to be new rules established. (GSDRC, 2013)  It was Kofi Annan who urged the UN member states to find a way of reconciling popular sovereignty with state sovereignty, and who played an important role in forming the ICISS together with the Canadian government. (Badescu, 2011) When it released its report one year later in December 2001, the timing could not have been worse, as the events of 9/11 and their consequences still held sway over much of the international community; yet it did evoke a strong response from state- as well as non-state actors. (Macfarlane, Thielkind and Weiss, 2004)

The report essentially builds on work by Francis Deng and “argues that individual human rights ‘trump’ the rights of sovereignty.” (Chandler, 2004, p.64; Deng, 1996; Deng, 2010; Hehir, 2010; ICISS, 2001, VIII) The main responsibility lays within the sovereign state, but if it failed to protect its citizens, that responsibility is transferred to the international community, which the report envisioned to act through the following: Prevention, Reaction and Rebuilding. (ICISS, 2001) Moreover, the Commission attempted to challenge the existing notions of sovereign decision-making, territorial sovereignty and self-determination by proposing criteria and guidelines on intervention, and a code of conduct for the UNSC.

Reactions following the release were almost diametrically opposed: Academics either heralded the report as a first step in the right direction, or denounced it as doing too little, or too much to facilitate interventions and thereby redefine sovereignty. (Weiss, 2004) Yet to those who were in favour of the innovative aspects of the report, it soon became clear that they could not survive the decision-making processes at the UN. (Bellamy, 2009; Hehir, 2010; Weiss, 2004) There were two major obstacles which could not be overcome but that were brought down to the lowest common denominator in rounds of negotiations: some states objected to parts of the report because they feared a legal obligation for intervention, and thereby a limitation on their own policy – and decision-making sovereignty. (Luck, 2008, p. 62-85) A second group feared R2P could revive imperialist behaviour by former colonial powers, and yet another had objections to the role of the Security Council in authorising interventions. (Ayoob, 2002; Evans, 2005) Hence, what was agreed to has been termed “R2P lite”, since the code of conduct as well as the threshold criteria for intervening found no mentioning anymore. (Luck, 2011, p.23)

Considering its evolution, the report did not break completely new ground when attaching responsibilities to sovereign states, as will be shown below. With the signing of the treaty of Westphalia, sovereignty was mostly understood as being based on territoriality and “the exclusion from external actors from domestic authority structure.” (Krasner, 1999, p.9) The focus therefore was very much on the ruling authority, not on the people. However, this concept has subsequently been “redefined in terms of a social contract between citizens and rulers.” (Thakur, 2003, p.165) Moreover, the Nuremberg Trials of 1945 erased any doubts left that sovereignty had ever been “a licence to kill”. (Evans, 2008; Hehir, 2010, p.230) And in 1948, Article 21(3) of the Universal Declaration of Human Rights finally “dethroned” the sovereign in international law. (Reisman, 1990, p.868)

With regards to state practice, numerous interventions and wars during the Cold War period prove the fact that sovereignty had never been an insurmountable obstacle to intervention or peacekeeping. (Hehir, 2010) Hence, while the UN Charter enshrines the principle of the equality of sovereign states (Article 2.1) and their non-intervention in each other’s domestic affairs (Article 2.7), sovereignty never equalled a licence to do whatever states pleased. (Hehir, 2010) It is important to note, that neither the report nor the adoption of the principle changed international law, but that it is at best described as an emerging norm. (Bellamy, Davies and Glanville, 2011) The principle of R2P is “consistent with the core claims of sovereignty”, as Luck (2011, p.17) shows. R2P therefore only made “explicit what international law already requires.” (Brunnée and Toope, 2011, p.75)

Still, the report does signify the point in time where the normative pressure on the international community to halt or prevent mass atrocities when a sovereign state failed to protect its population increases. (Piiparinen, 2012) While this is in line with the increased attention paid to Human Security in general after the Cold War, it was the report that evoked a sense of transferred responsibility from sovereign states to the international community for the first time. Yet, this responsibility remains optional due to the lack of enforcement mechanisms, which is reflected in the selectivity with which R2P has been, if at all, invoked so far. (Hehir, 2010)

These enforcement mechanisms and fixated criteria on when to defy a state’s sovereignty for humanitarian purposes lacked in 1994, and they continue to now. (Kuperman, 2011) Especially the past misapplications of the concept, as in Iraq and Georgia, have made it more difficult for it to evolve from a declaration of good will to a legal obligation. (Caplan, 2011; Moses, Bahador and Wright, 2011) While the proponents would point to the putative successes of the doctrine (the resolutions on Kenya in 2008 and the authorisation of the mission in Libya in 2011[1]), it has become obvious that shared norms and understandings of the international civil society do not make law or alter existing practices. (Amneus, 2012; De Waal, 2007; Hehir, 2010, Kuperman, 2011) In fact, the similarities between the inaction of the international community at the time of the Rwandan genocide and the inaction of the international community nearly twenty years later, are harrowing.

However, while the legal framework has not changed due to the ICISS report, public awareness and discourse have, and that by itself may be reason for optimism with regards to altering state practice down the road. (Bellamy and Reike, 2011; Stahn, 2007) R2P is ubiquitous in the media as much as in debates at UN level. Its rise from an idea in the report released in 2001 to a principle – if altered from its original shape – adopted by the General Assembly in 2005, and subsequently by the UNSC in 2006, is unique in its speed. (Bellamy, 2006; Evans, 2005; UNRIC, 2013) As Welsh and Banda (2011, p.137) framed it, R2P has become “a social fact.” Maybe its biggest achievement is bringing back the essence of both the Genocide Convention and the Human Rights Declaration into the consciousness of the wider public and statesmen. (Schneider, 2010) Sadly, 21st century’s history up until today reveals the dubiousness of the moral consciousness of the international community, which allows for an incoherent engagement of its actors in conflicts within the territory of sovereign states such as Sri Lanka, Sudan, Libya and Syria.

Thus, the evidence that has been presented paints a clear picture: The ICISS report does not signify a change in state practice or in international law, but it did achieve to re-frame the discourse on intervention and sovereignty. It reaffirmed the conditionality of sovereignty and attempted to define the point where sovereignty’s responsibilities were breached more clearly. However, all those aspects that would have restricted states’ sovereignty in either its territorial or self-determining sense have been met with resistance from all sides. Hence, the principle that was adopted in 2005 has limited the usefulness of the doctrine even more, and epitomizes the unwillingness of states to compromise their sovereign rights. Yet in making the case for a transfer of responsibility to the international community, the ICISS report started a trend to increase the normative pressure on states to act in the face of mass atrocities. Unfortunately, Darfur, Sri Lanka and Syria are sad evidence of the little influence normative pressure has on “realpolitik”. (Piiparinen, 2012, p. 493)

Schneider, M. 2010. Implementing the Responsibility to Protect in Kenya and Beyond – International Crisis Group. [online] Available at: http://www.crisisgroup.org/en/publication-type/speeches/2010/implementing-the-responsibility-to-protect-in-kenya-and-beyond.aspx [Accessed: 22 Oct 2013].

[1] While the scope of this case study does not allow for in-depth examination of these examples, it needs to be pointed out that both resolutions concerned could have been agreed on prior to the adoption of R2P.