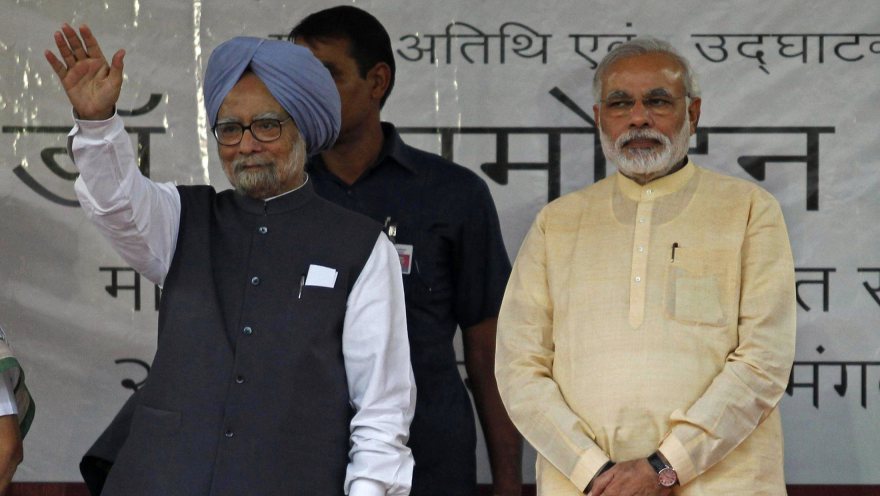 “Wave goodbye to all those followers, Modi.” Reuters/Amit Dave

Since January 2012, Dr Manmohan Singh, the outgoing prime minister of India, has regaled the 1.24 million followers of the prime minister’s official account on Twitter with blurry photographs, links to turgid Press Information Bureau releases, and festive tidings. No more.

Today, in one of the final acts of the outgoing government, the prime minister’s office changed the name of its Twitter account from @PMOIndia to @PMOIndiaArchive and put it in cold storage. The next prime minister, Narendra Modi, will have to build his own following.

Modi’s Bharatiya Janata Party (BJP) did not react kindly to the sudden change, ranting about the loss of a “national digital asset”:

No one ever accused the BJP of subtlety, nor the Indian National Congress of good grace, but the unedifying spectacle does raise a serious question: What do you do when it is time to transfer ownership of a Twitter account?

When David Cameron became prime minister of the United Kingdom in 2010, his office changed the name of the official Twitter account from @downingstreet to @number10gov. But he took past tweets and followers along with him. The change had more to do with consistent branding across platforms than political point scoring, a Number 10 spokesman told the Guardian at the time. Perhaps mindful of the potential for conflict, Cameron’s team also set up a personal account, from which Cameron the Conservative politician could tweet things that Cameron the British prime minister could not.

The situation is similar in Russia: The Kremlin maintains an English language Twitter account for the presidency, while Vladimir Putin and Dmitry Medvedev have their own accounts. The problem has yet to arise in the US. The White House Twitter account was created only in 2009, well after George W. Bush had left office. Barack Obama also maintains his own account, which has far more followers.

But what about when there is no division between the man and the institution? The Vatican set a good example when Pope Benedict XVI stepped down at the end of February. According to the Catholic Telegraph, the Vatican’s digital office immediately deleted all his tweets and signposted the position as vacant, pending a new Pope (who now tweets prolifically). The deleted tweets survive on a Vatican-hosted page, ensuring both the continuity of Pontifex’s Twitter account as well as an archive of earlier tweets.

Anyone can do this: Twitter provides an fully functional archive in HTML format to all its users. The wise thing for the Indian prime minister’s office to have done woud have been to create a separate archive, delete all past tweets on the official account, and hand over the keys. But then familiarity with technology was never the outgoing government’s strong suit: the disputed @PMOIndia Twitter account had 1.24 million followers. Modi’s personal account is followed by 4.23 million people.

UPDATE: Commenters on Twitter have pointed out a few blogs that have explored this issue. Twiplomacy, which looks at how global leaders use Twitter, has a speculative post about what will happen to Barack Obama’s Twitter account at the end of his presidency, and also notes that Kenya archived former prime minister Raila Odinga’s tweets at a special account (since vanished). Jon Worth, an EU affairs blogger, has a fascinating post titled “Who owns a Commissioner’s Twitter account, and its followers?“, a question that will become all the more pertinent after the European Parliament elections this week. He also notes an attempt by Boris Johnson, the mayor of London, to claim followers on his official account as his own before backtracking.