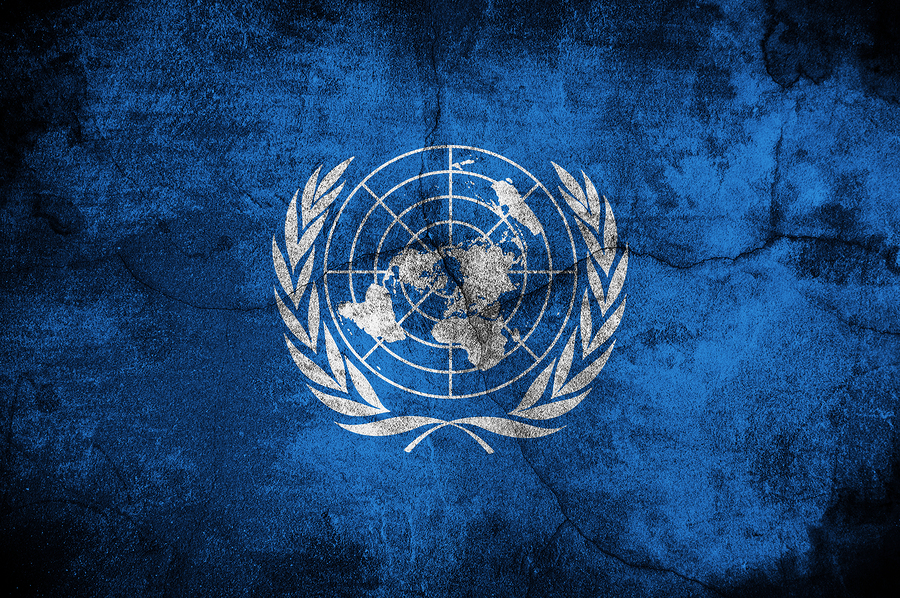 The yearly session of the UN General Assembly may be regarded as the pinnacle of the diplomatic calendar year. Within the space of a few days, global leaders are all offered the opportunity to address the General Assembly and, through global news channels, the world. Additionally, the General Assembly is often the sight of intensive bi-lateral and multi-lateral negotiations as delegations from various nations huddle into the corridors and back-rooms of the UN’s headquarters.

In recent years, the UN General Assembly is also accompanied by a flurry of digital activity. Leaders, MFAs, embassies and diplomats all storm their social media accounts in order to propagate their achievements and demonstrate their inclusion in high level policy making. But more importantly, leaders may use digital platforms in order to share their vision for the future and outline their foreign policy goals. As such, it is during the UN General Assembly that social media becomes an important tool for foreign policy narration.

This year’s General Assembly proved a crucial moment for three leaders. The first is the UK’s Prime Minister Theresa May. As the new Prime Minister of an old power, May would have needed to prove her diplomatic skills. Moreover, the PM would need to launch a new foreign policy narrative for post-Brexit Britain. What role would an independent UK play in the world? What would be its main foreign policy goals now that it has declared independence from Brussels?

This year’s assembly was also an important moment for Iranian President Hassan Rouhani. Earlier this year, the President achieved a milestone in Iranian diplomacy following the agreement with the P5+1 regrading Iran’s nuclear program. This was the manifestation of his campaign promise to revive Iran’s economy and the embodiment of his charm offensive meant to create a new Selfie for the Islamic Republic. However, the agreement remains a source of tension in Iran and relations between Iran and the West have yet to fully blossom. Moreover, Iran’s involvement in the wars in Syria, Yemen and Libya, alongside its quarrels with Saudi Arabia, have caused many to doubt its promise to play a constructive role in the region.

The third leader is Benjamin Netanyahu. Despite the UN’s continues criticism of Israel, the Israeli PM is a big fan of UN Assemblies and often uses them to demonstrate his oratory skills affinity to diagrams. However, this year is ripe with danger for Netanyahu as foreign policy analysist in both the US and Israel believe that President Obama will not leave office before supporting a UN security council resolution denouncing Israeli settlements and calling for a two state solution. Additionally, during this year’s assembly, the international Quartet (US, EU, UN and Russia) published a report denouncing Israeli settlement expansion as an obstacle towards peace. Finally, this year has seen a plethora of BDS activities against Israel in Europe and other parts of the World. It is within this environment of increased diplomatic pressure that the PM had to face the UN Assembly.

The narrative launched by May at the UN is one of global engagement. While the UK is committed to Brexit, it is not committed to exile. On the contrary, the UK aims to remain a globally engaged power ready to tackle global issues. In one Tweet, seen below, May made it clear that the UK plans to be a “confidant and credible partner”. Theses specific words may be seen as an attempt to portray the UK as a stable political partner following months of instability amid numerous resignations and cabinet shuffles.

Next, May stated that governments and organizations must remain responsive to the people they serve. This Tweet may mean that Brexit means Brexit and that the PM is committed to honouring the referendum results.

The challenge for us is to ensure that our governments and global institutions…remain responsive to the people we serve. pic.twitter.com/O9Za4iww6A

However, Brexit does not mean that the UK will retreat from the world. On the contrary, the UK aims to lead the charge against a major global challenge- migration. It is through the challenge of migration that the PM outlined her vision for the UK’s role in the post-Brexit era- one of a confident leader.

In addition, May also made it clear that the UK will keep its commitments to other global forums and that independence from Brussel does not mean the abandoning of all multi-lateral agreements. Thus the UK remains committed to the Paris climate accord.

And so May’s narrative is one of global engagement as opposed to global disengagement. In other words, the UK will not be an island entire of itself.

On day 1 of #UNGA PM laid out plans to tackle modern slavery and the migration crisis; met with world leaders hosted a business reception pic.twitter.com/PUeXPDNikf

Iranian President Rouhani used the UN Assembly to present Iran as stabilizing force in an unstable region. This began with a Tweet published before the Assembly in which he identified terrorism as the main threat to the Middle East. Rouhani ended the Tweet with the hashtag WAVE meaning World Against Violence and Extremism. This hashtag has been used previously on Iranian digital channels and is part of its online Selfie.

Govs in the region caring about the human catastrophes economic destruction should stop supporting terrorists. #WAVE

According to Rouhani, this century began with an act of terrorism that ushered a new age of global instability. Interestingly, the President identified both the 9/11 attacks and subsequent war in Iraq as the main driver of global insecurity and borderless terrorism. As such, the President may have attempted to create a narrative that resonates with Western audiences.

9/11 disaster lead to a devastating war in the M.E. and the spread of insecurity across the globe and sew the seeds of borderless terrorism.

Next, the President made it clear that Islamic terror is not the face of Islam. On the contrary, Islam is a companionate religion. This statement again seems to resonate with messages made by Western leaders that ISIS is neither Islamic nor a State.

Finally, the President depicted the Middle East as one engulfed in hostile competitions and expanding conflicts. This Tweet may have been a reference to Saudi Arabia’s growing involvement in regional wars including those in Syria and Yemen. As such, while Iran is a source of stability and compassion, Saudi Arabia is a source of instability and zeal.

The century that began with terror and violence in N.Y. should not continue with hostile competitions and expanding conflicts in the M.E.

Rouhani’s narrative is therefore one of #stability. In the pots Iran-Deal era, Teheran may serve as a possible partner for Western countries looking to end the various conflicts in the Middle East. Like Western countries, Iran too views 9/11 and the Iraq war as the source of Mid-East tensions. Also, like Washington, Paris and London, Teheran too views global terror as a global threat. As such, the President’s narrative may be seen as an expansion of his charm offensive.

While this post is being written, I have learned that former Israeli PM and President Shimon Peres has died.  Peres often spoke of Israel’s need to craft a new Middle East through peace negotiations with its Arab neighbours. While PM Netanyahu was once a bitter rival of Peres, he seems to have adopted his notion of a new Middle East in his address to the UN General Assembly.

Like Rouhani, PM Netanyahu identified terrorism as the main source of instability in the region. Moreover, like the Iranian President, Netanyahu argued that Israel is a source of stability given its resistance to terrorism. However, the Israeli PM also suggested that given the mutual challenge of terrorism, Israel and Arab countries may find a new basis for cooperation. In fact, the PM stated that Arab nations in region are changing their attitude towards Israel.

Prime Minister Netanyahu at the #UNGA:
More and more nations see Israel as a potent partner in fighting terrorism pic.twitter.com/wCxfRYBBe8

PM at #UNGA: Governments are changing their attitudes toward Israel because they know Israel can help in protecting their people

And so, it is through cooperation in the face of terror that a new Middle East is taking shape.

Next, the Prime Minister stated that his vision for the future is an optimistic one.  A future in which more nations will recognize Israel’s struggle against terror and will thus stand by Israel when it is attacked in the UN forum.

PM Netanyahu at #UNGA: I believe the day is not far off that Israel will be able to count on many countries to stand with us at the UN.

In addition, the PM stated that he is confident that Israel will create a lasting peace with all its neighbours.

PM Netanyahu at #UNGA: i’m filled with hope because despite all the nay sayers, Israel will forge a lasting peace with all our neighbors pic.twitter.com/A6jaE2YKpl

Finally, the PM called on all nations in the region to dream with Israel of a future filled with security and prosperity rather than hate and death.

PM Netanyahu at #UNGA: So I call upon you: Cooperate with us, dream of the future we can build together, of security, prosperity and peace pic.twitter.com/FjCqu5iiBy

Thus, the PM’s foreign policy narrative is that of a New Middle East. Yet unlike Peres, the way to this new utopia is not through peace accords, territorial concessions or a Palestinian state but, rather, through a joint struggle against terrorism. Therefore, Netanyahu’s narrative serves as a rebuke to the Quartet and Obama’s criticism of Israel. For it is not a settlement freeze that will bring peace, but a recognition by neighbouring states of Israel’s standing as a pillar against ISIS and it’s like.