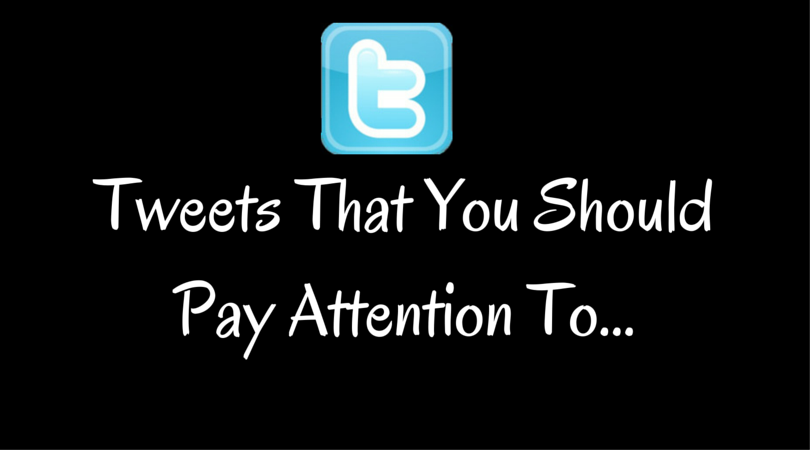 I was scrolling through Twitter this morning, catching up on the news of the day, when suddenly a bunch of tweets from people I don’t follow appeared in my timeline.

But at least it’s just one tweet. A new feature I noticed today called “Tweets for you” appeared directly in the middle of my timeline, and contained over 50 tweets from accounts I don’t follow.

It was like an endless stream of those annoying tweets that appear at the top of my feed.

I’ve never seen this before, but it’s one of Twitter’s latest experiments. In November, the company said users should expect some timeline mucking as it figures out how to improve the application—but it didn’t mention a feature like this.

It’s almost like the “While you were away” feature, except it’s called something else and contains tweets that were neither newsworthy nor event-based. It’s also similar to the timeline Twitter said it would be rolling out to new users to help them figure out who to follow.

“We’re also working on ideas such as an instant, personalized timeline for new users who don’t want to spend time cultivating one on their own,” Kevin Weil, Twitter’s VP of product, wrote in a blog post last fall.

Problem is, I’m not a new user. I’m not even a casual user that might need encouragement to tweet more. I’m what some call a “power user,” and tweet regularly every day. I already follow over 900 people, and I don’t need help following anyone else.

After I scrolled through the tweets Twitter thought I’d might like to see, I tried to clear the new, weird timeline, and Twitter asked me if I was sure. Then it asked if I liked this feature. I said no, but I wish there was an option for, “Get this out of my timeline and never show it to me again.”

It’s understandable that Twitter wants to experiment with new ways of encouraging people to use the service. The company has struggled to grow and maintain active users, and CEO Dick Costolo has hinted at numerous changes, including much-needed updates to the direct messaging feature.

But this feature is so confusing, I can’t imagine it would help new users understand it any better. Where did these tweets come from? Why am I seeing them?

“Tweets for you” makes Twitter even more like Facebook, the world’s biggest social network that has no problem making people addicted. The algorithm-based tweets are not displayed in real time, and they’re posts that I didn’t explicitly ask for in my timeline. As a user that has a highly cultivated Twitter feed, anything that appears in my timeline from accounts or people I don’t follow really ruins the experience.

Hopefully, letting Twitter know I didn’t appreciate the intrusion means I won’t be seeing it again. But now I’m expecting a lot more Facebook-like experimenting in the future.