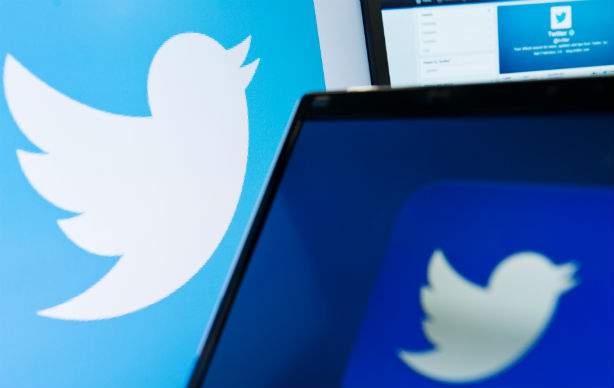 Twitter is not only the fastest growing form of social media around, but also a veritable initiation to digital diplomacy for most ambassadors around the globe. Indeed, 140 characters have changed the way we see the world. It has changed how foreign policy is shaped to better respond to new international challenges. In ancient Rome, the phenomenon was called Vox Populi; today it goes under many different names: from ediplomacy to Twiplomacy.

Published online by Diplo, “Twitter for Diplomats” is the first publication to analyze how social media diplomacy helps create – and maintain – a true conversation between policymakers and citizens, between diplomats and foreign publics.

The book is not a manual, nor a list of what to do or not to do. It is rather a collection of information, anecdotes, and experiences. It recounts a few episodes involving foreign ministers and ambassadors, as well as their ways of interacting with the tool and exploring its great potential. It wants to inspire ambassadors and diplomats to open and nurture their accounts – and it wants to inspire all of us to use Twitter to better listen and open our minds.

From Twitterati like US Representative to the United Nations @AmbassadorRice, on the social site since January 2009, to novices like British Ambassador to the United States @PeterWestmacott and his Greek colleague @C_Panag – who both joined earlier this month, it is no secret that all diplomats are looking at Twitter as a way to engage with foreign publics as well as their own citizens.

“Social media exposes foreign policymakers to global audiences while at the same time allowing governments to reach them instantly,” explains Italy’s Foreign Minister @GiulioTerzi in his preface to the book. “Twitter has two big positive effects on foreign policy: it fosters a beneficial exchange of ideas between policymakers and civil society and enhances diplomats’ ability to gather information and to anticipate, analyze, manage, and react to events.”

Whatever we might call this new trend in diplomacy, social media tools such as Twitter have forced diplomats and communicators alike to rethink and redesign diplomacy while putting it in to a different context. In a way, it is as if Twitter diplomacy has been altering the DNA of diplomacy: a sort of genetic adaptation to new technologies.

Adapting, however, takes time, and for diplomacy it might take even longer. Twitter is a very hands-on experience for beginners, but not everybody feels comfortable using it. This is why the need for more research and training is becoming more and more evident. In order to make the most of any digital agenda – and thus of the Twitter experience – it is key to understand how the practice of ediplomacy can contribute to a better foreign policy strategy, both at the bilateral and multilateral level, and how traditional diplomacy can be complemented by new tools.

While information technologies – and advances in the mobile sector in particular – are providing a way to better harness information, it is important to highlight the fact that diplomacies around the world are not moving away from traditional tools; rather, they are exploring new innovative ways to integrate their efforts. It is also important to notice that technology represents the means, not the reason. It is the result of ideas and as such it needs to be directed to better serve our scopes. As volatile as technology can be – mostly because it evolves constantly – what we need to focus on is not technology itself, but the nature of innovation.

Of course diplomats are not technology geeks. Nobody is expecting them to be. Rather than studying technology and applying it to their practice, the job of a diplomat must be to understand how technology can complement diplomacy. The inner working of platforms, clouds, apps, online communities, and social networks is certainly not in the nature of the diplomat’s job.

What matters is to understand how those technologies can be manipulated and shaped around foreign policy goals. As a simple guide on how everyday practitioners use Twitter to interact with people around the globe, “Twitter for diplomats” has a case-oriented approach that makes the publication “particularly useful to understand the dynamics of Twitter diplomacy,” as Foreign Minister @GiulioTerzi said.

In fact, while Twitter’s origins are far from being linked to diplomacy – as its popularity first grew within Hollywood celebrities – it is safe to say it has certainly contributed to an increase of diplomacy’s relevancy in the media and beyond, and has certainly furnished it with better outreach capabilities.

Twitter and other social media tools are a way to abstract foreign policy from state-to-state interaction and instead ‘pivot to the people’ – to quote Princeton University’s @SlaughterAM, a former director of policy planning in the US State Department (2009–2011) and a former dean of the Woodrow Wilson School of Public and International Affairs – as cabinet ministers, ambassadors, and diplomats try to engage with less traditional actors and players other than governments.

“Speaking directly to citizens – seeing a country’s people, as well as its government – is not just a rhetorical device”, explained Professor @SlaughterAM in a March 2012 article on Project Syndicate.

Twitter can be the first step in into digital diplomacy and open ourselves to a global conversation. But Twitter, Facebook, and the ocean of social media should not be the diplomatic adaptation process. We have to look beyond that. We need to realize how the power of ideas can create better results and transition traditional diplomacy to a new phase, where people are new players, and politicians and diplomats are not elites any longer.

Let’s use Twitter and all ediplomacy tools at our disposal to fully explore the digital potential and to actuate a true pivot, thus making diplomacy the most extraordinary tool our governments can have in fulfilling our foreign policy agendas and engaging with the world.