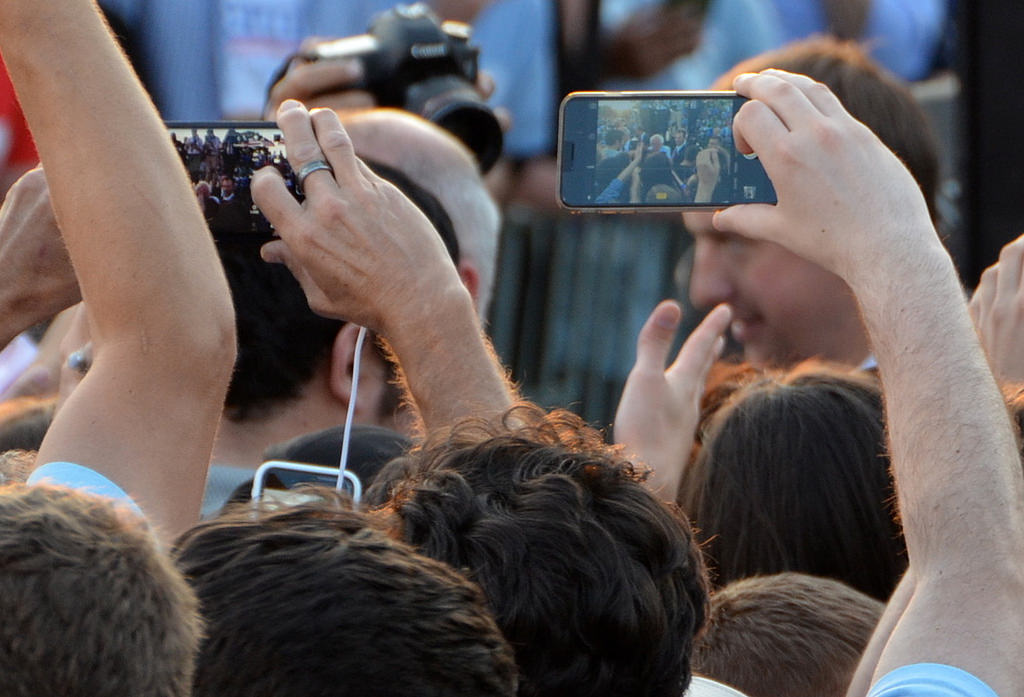 A couple of months ago, I found myself in a classroom at the Foreign Service Institute with a dozen other trainees and a yogi.

It was no physical ed class, but a training exercise for public diplomacy.  Our scenario involved the promotion of a new fitness class for employees of the “MBI Corporation.”  In this role play, half of us were playing corporate employees taking the class, and half were photographers capturing shots for the promotional video.

One trainer played the exercise coach, entering the room barefoot in a white turban and kurti.  After an introduction by the “boss” (her co-trainer) – she led employees in a vigorous workout with some yoga moves.  We “photographers” were trying to capture the wild gestures of our “employee” colleagues while avoiding each other.  Our assignment was to make a thirty-second video out of our footage with image, music and titles – on deadline.

For the record, I failed.

This week-long course was not a special offering.  “Conveying the Message: Visual Diplomacy” is standard training offered to embassy employees, including Foreign Service Officers.  Public diplomacy staff are all expected to present a policy message with words, sound and images on social media.  That means using whatever camera – usually a smart phone – is at hand and standard editing tools that come with consumer laptops to produce a finished social media post.  Embassies try to get these out fast, sometimes within hours of VIP event, or a lecture, exhibit or ceremony.

All week our two instructors threw one assignment after another at us: interviews, storyboards, and other scenarios drawn from everyday practice at an embassy.  By the end of the week, I was proficient in planning, producing the shots necessary for my storyboard, and editing them into a short video.

“Short” means a minute or less for most products; in fact, the average time spent on a YouTube video (where most embassy work appears) is nine seconds.  To be seen and heard there or on other social platforms, you have to catch the eye and deliver your message very fast.  Our course included guidelines like these with real-world examples, emphasizing that the starting point for any visual product should be an official policy or initiative.  The mantra was to convey action, engagement and emotion to illustrate the point.

Many years ago, I improved my speaking skills at a commercial course called “Talk So People Listen.”  I follow a prominent writing instructor, Ann Wylie, because she teaches how to write so people read.  (She notes that online, people don’t actually read; they scan.)  After this class, I feel that I can make pictures whether still or moving that people will look at.  These are fundamental skills for any professional communicator.

If you imagine State Department communications as stuffy and droning, take a look at some of the material that graduates of Visual Diplomacy are putting out.  You may find that a picture is worth a thousand words.

Joe B. Johnson consults on government communication and technology after a career in the United States Foreign Service.  He is an instructor for the National Foreign Affairs Training Center, where he teaches strategic planning for public diplomacy. Read More