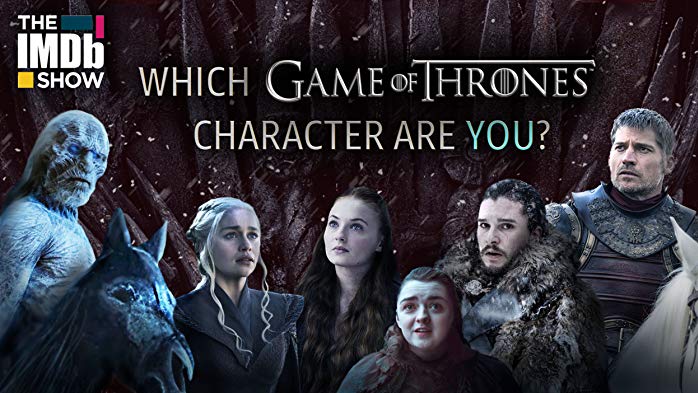 NOTE: Spoiler alert for anyone who is not up-to-date with GoT Season 8!As HBO’s blockbuster drama “Game of Thrones,” came to end this weekend after nearly a decade of pop culture dominance, it raised many burning questions (no pun intended) But the biggest of these was how Daenerys Targaryen (Dany), champion of the underdog and feminist hero, might have avoided her own tragic downfall. Her descent into megalomania arises from her conviction that she only has “fear” instead of “love” from the people.

Perhaps some well-executed public diplomacy could have made all the difference.First things first–what is public diplomacy [JB emphasis] (PD)? Public diplomacy is the communication by a government (or in this case a leader) to foreign publics to foster understanding, dialogue, and good will across cultures. If done well, it can contribute to a nation’s brand and soft power, which is about getting others to want what you want rather than compelling or telling them what they should do. It is the powerful antithesis to hard power, which is the stuff of military domination and imperialism. So what can Dany’s story tell us about public diplomacy?Warning: spoilers ahead for GoT Season 8!

Lesson 1: Public diplomacy is about identifying shared values rather than forcing partners to “bend the knee.” The most effective leaders will show how their interests align with those they seek to influence. Dany could have emphasized her priorities for stability, security, and equality in her interactions with the people of Westeros who have faced war and injustice for years. Instead she acts entitled and uses threatening language like “bend the knee,” just so people to hold on to what they already have. Having your dragon roar over the heads of your would-be subjects will bring them to their knees but it won’t win their hearts and minds.

Lesson 2: Public diplomacy requires listening not just broadcasting. Public diplomacy traditionally has focused far too much on telling foreign publics what they should know rather than listening to what they want to say. Recent PD has been more sustainable because it has involved a two-way line of communication to ensure leaders are aware of the concerns of the public and can respond to that. Dany is eager to spout off her multiple titles and proclaim how she will “rid the world of tyrants.” However, she hasn’t spent any time listening to the concerns of her would-be subjects. Why not ask the Northerners why they fear a central monarch? Why not ask the residents of King’s Landing what a better life would look like? If Dany had taken time to get to know the people she wants to rule, she would know what they had in common and could use it to build bridges instead of barriers.

Lesson 3: Public diplomacy is about showing AND telling. Implementing policy is important because it shows a leader is willing to take action and make change. But a leader must also ensure the public is aware of what she has done. Dany has achieved a lot in Westeros from sparing King’s Landing (at first) to bringing her armies North to protect the realm from the Army of the Undead but she takes no effort to share her story with the people. There may be no Twitter in Westeros, but there are other ways to get the message out to the masses. She could have invited the lords of the land to meet her. She could have crafted a narrative to counter Cersei’s narrative. She could have sent her emissaries into the villages to share her story with the masses. These missed opportunities mean no one gets to know her in the way her former supporters did, and they never come to trust her.

Lesson 4: Public diplomacy takes time. If the suggestions above strike you as time-consuming, it’s because they are. Public diplomacy is a slow process that involves years of investment and engagement. In fact, the most successful examples of PD are cultural exchange programs that often show benefits over decades. Dany spent six seasons building her brand in Essos. In Westeros, she is in a terrible hurry. She wants to “claim her throne” without taking a moment to gauge the best approach. Moreover, she squandered the good will she earned with her actions in the North by insisting her depleted armies and subjects move on to the next battle immediately and then horrifyingly, she wreaks complete havoc and carnage.

Lesson 5: Public diplomacy is based on the power of attraction rather than fear. Effective PD programs demonstrate unique offerings to the people based on what those audiences want.That can be educational or job opportunities, development, infrastructure and even, security.With her hard power assets of dragons and armies, Dany could show how she means to protect the realm—a sort of NATO against outside aggression. She could show the North what she has in common with them, but in Westeros, her lame attempts to forge bonds of attraction withered on the vine. She almost succeeds in wooing Sansa Stark but when Sansa presses her on the fate of the North, Dany seems to shut it down. Her other awkward attempt at engagement is when she elevates Gendry to a lord and announces, “You are a lord because that is what I’ve made you.” This only serves to make it all about herself rather than a genuine attempt to connect with people. By now, you know this neglect of public diplomacy doesn’t end well for Dany– or anyone else. She was lionized in Essos because people know what she’s achieved there for their benefit, she’s expecting the same adoration in Westeros. It’s no surprise she doesn’t get it. She hasn’t earned it in her new country. At the end of the day (or the series) using public diplomacy is how you earn soft power. And given her experience, Dany, more than anyone, should know that acting like you deserve something, doesn’t mean you get it. Instead, the only title she earns is “Queen of the Ashes.”

Priya Lothe Doshi is a professorial lecturer at American University’s School of Communication. She teaches courses on public relations and international strategic communication and is an avid fan of “Game of Thrones.” She was previously a public diplomacy practitioner for the Swiss and British embassies in Washington and communications director at the Meridian International Center. She wrote a previous blog about PR Takeaways from “Game of Thrones.”Original Article