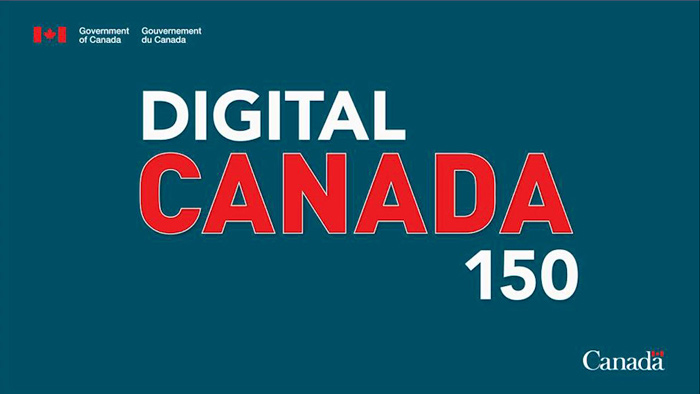 Or, nine channels beyond Buzzfeed the Canadian government might use to spread the word

When seeking to deliver a smackbottom to Vladimir Putin’s expansionist tendencies this week, the Canadian government chose an interesting channel: Not the red phone, or a tête-à-tête between high-level diplomats, but Buzzfeed. Yes, Buzzfeed, the home of such headlines as Which Classic Disney Movie is Most Like Your Life?1 and 13 Potatoes That Look Like Channing Tatum2.

I get it, though. With the post 11 Myths Putin Is Spreading About The Crisis In Ukraine3, the Department of Foreign Affairs, Trade and Development is trying to play catchup in the field of digital diplomacy, currently being won by the cheeky Brits and the tech-savvy Americans. Plus, this kind of social media never talks back. It does not challenge assumptions. A post like this is much simpler than having pesky reporters asking questions, or people filing Freedom of Information requests that never get answered.

In fact, you kind of wonder why the government has only advanced as far as Buzzfeed. There’s a whole universe of apps and social-media platforms to be exploited to spread the Conservative message. A wise government could expand its reach in 2015 with minimal effort, and the help of a few plugged-in young folk. God knows there are enough of them around looking for work. Imagine the possibilities:

Upworthy: It’s all good news all the time at this hugely popular site, which never met a depressing item it couldn’t give an optimistic spin. The opportunities for the great headlines are endless. “We Put This Eccentric Police Chief In A Sensitive Ministry Involving Former Soldiers, And You Won’t Believe What Happened Next!” “What These 20 Federal Scientists Can’t Tell You About Their Research Would Make You Cry – If Only You Could Read It!”

Quizzes: As we all know, quizzes form the backbone of the Internet (along with cats; see below). The potential here is uncharted, but could start with the question “What is the official motto of the Senate of Canada?”

a) Fall on your sword

c) We’re all in this together (until we’re not)

d) I was in Charlottetown at the time

Snapchat: The photo-sharing platform favoured by teenagers and devoted to the ephemeral is perfectly suited to any business the government wants to see at the bottom of a river wearing concrete overshoes. Nothing lasts on Snapchat for more than a handful of seconds. So any reports about our lack of progress on climate change, emission levels and international condemnation of the preceding – they could all be shared on Snapchat, and would be gone within a minute. Magic. Ditto any pictures of the Environment Minister reading the newspaper instead of answering questions in Parliament. Poof! The next step: Out with Hansard, in with Snapchat. It’s a waste of paper anyway.

Instagram: Sort of the opposite of Snapchat, this is the place to preserve events that are soon to disappear. You might, for example, take a picture of a baby’s smile to remember it before it turns into a squawk. In the same way, the government could memorialize all the things we love about Canada that are quickly disappearing: pennies, caribou and questions that are actually answered during Question Period.

OkCupid: The popular dating site would be an exceptionally good place to recruit new staff, and find friends for the older ones who are feeling a bit burnt out. Such as: “Me: young, amiable, fits in well with a crowd, loves to record conversations (and then upload them later). Favourite movie: Nixon. You: Good with technology, likes to wear roomy overcoats, able to run really fast.” Or this: “Former high-level political adviser, acted alone, feeling alone. Trying to recover from the bullet I took for the team. I pay cash only; no cheques.”

Uber: A popular ride-sharing app that could easily be part of an electoral plan: Just offer those Liberal and New Democratic voters a ride to the polling station – no need to mention which riding, or which polling station.

Business Insider: An excellent venue for sharing quick graphs about our economic success: “10 Amazing Facts About Canada Shown In Statistics Canada Charts (Note: No Actual Statistics Available 2010 Onward, But We Have Asked Er Shun, The Toronto Zoo Panda, For His Best Guesstimates)”

Pet videos: Look, the Prime Minister’s family owns an adorable chinchilla4, so they might as well make it work for them. The Twitter feed Emergency Kittens5 has more than 560,000 followers. How many would we get with Distraction Chinchilla, especially if it was wearing a wee Mountie hat or a frock coat to celebrate Sir John A.’s birthday? Tiny mammals are gold. Digital strategists refer to this as the Quadruped Dividend, or sometimes just the Live Kitten Bounce.

YouTube: In particularly difficult times, let’s say pipeline votes, it would lift the nation’s spirit to produce videos that have a good chance of going viral. For instance, that could involve the entire cabinet twerking to Nicki Minaj’s Anaconda or the Prime Minister belting out Sweet Child O’ Mine by Guns N Roses – whichever seems less improbable. What’s that6? Oh, never mind.

With that I wish you all a happy holiday, good people of Canada. And remember, if it’s not on Facebook, it didn’t happen.