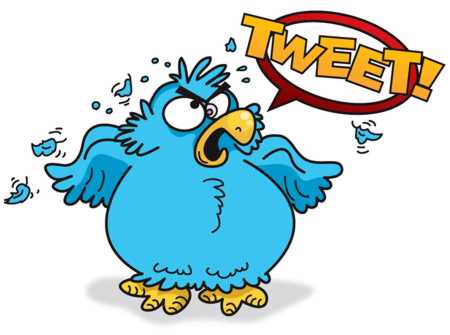 It is no secret that Twitter has been experimenting with adding tweets into people’s timelines from accounts that they don’t follow. Now the social network has confirmed that it’s no longer an experiment: it’s a standard feature.

In a blog post, Trevor O’Brien from Twitter’s product team explained the rationale for moving beyond the company’s historic focus on timelines populated by followed accounts and – more recently – promoted tweets from advertisers.

“Choosing who to follow is a great first step – in many cases, the best Tweets come from people you already know, or know of. But there are times when you might miss out on tweets we think you’d enjoy,” wrote O’Brien.

“To help you keep up with what’s happening, we’ve been testing ways to include these tweets in your timeline — ones we think you’ll find interesting or entertaining.”

In August, some Twitter users noticed that tweets were appearing in their timelines from accounts that they didn’t follow, simply because they’d been favourited by someone they did follow.

It was a controversial experiment, because there’s already a feature for doing this manually – retweeting – with many people using the “favourite” option to mark tweets for later reference, or simply to approve something a friend had tweeted, without intending that to push it out to a wider audience.

In his blog post this week, O’Brien confirmed that Twitter had been running other experiments to tweak its timeline. “We recently ran experiments that showed different types of content in your timeline: recommended Tweets, accounts and topics,” he wrote.

“Testing indicated that most people enjoy seeing Tweets from accounts they may not follow, based on signals such as activity from accounts you do follow, the popularity of the Tweets, and how people in your network interact with them. These experiments now inform the timeline you see today.”

His post directed Twitter users to this article on Twitter’s Help Center explaining how the Home timeline now works:

“When we identify a Tweet, an account to follow, or other content that’s popular or relevant, we may add it to your timeline. This means you will sometimes see Tweets from accounts you don’t follow. We select each Tweet using a variety of signals, including how popular it is and how people in your network are interacting with it. Our goal is to make your home timeline even more relevant and interesting.”

For people new to Twitter, this kind of feature may be a good thing, helping them to build up an interesting timeline based on their first few follows. For example, if they follow a few footballers, they might see more tweets from players they don’t follow, or from football news sites.

That would also play in to one of Twitter’s main aims in 2014: to attract and retain more mainstream internet users: the kind of people who in the past, might have signed up, not known who to follow or what to tweet, then drifted away again.

Twitter averaged 271m monthly active users in the second quarter of this year, but it wants to get even bigger: and finding a way to make the initial weeks less intimidating for newcomers may be the key to that.

For experienced “power” users who like the fact that (ads aside) their Home timeline is entirely curated by them, the changes are more controversial – especially for those who have compared Twitter positively with Facebook, whose news feed algorithm determines what to show and what not to show when people log in.

The difference between the two social networks is that Facebook is taking stories out of its news feed – it prioritises around 300 a day out of a possible 1,500 for the average user – while Twitter is only adding tweets in. For now, at least.

If that policy were to change, it would be hugely controversial for the power users. Many of whom are already expressing their dissatisfaction with the latest change, judging by the replies to Twitter’s own tweet about the news:

• End of the timeline? Twitter may move to Facebook-style curation