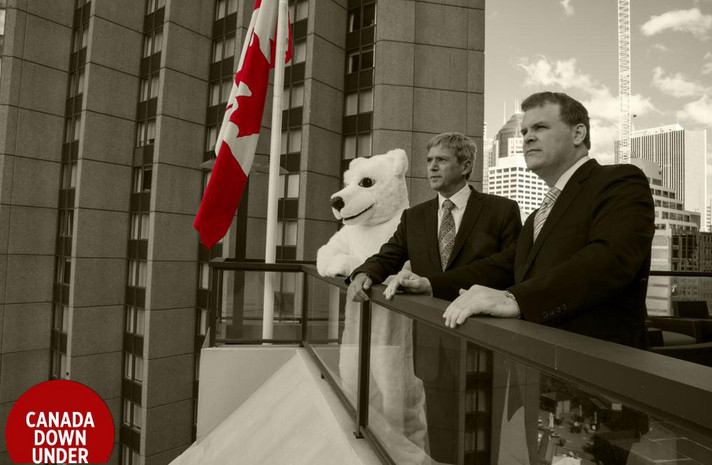 Steering Canada and the world toward a digital future that safeguards freedom, human rights, prosperity and security is no small task.

No one really predicted the full extent to which the Internet would shape our lives.

Like most Canadians, and some three billion people around the world, I rely on the Internet.

I use it to keep in touch with my friends, to share ideas with colleagues, to bank, to tweet and to read news.

But the impact of, and potential for, the Internet is on a completely different level from anything we have seen before.

The Internet drives economic growth, spurs innovation and has quickened the pace of globalization.

I don’t need to preach to the choir here.

It’s also a powerful tool for freedom of the individual.

If you think back historically, when communication relied on the speed of a horse or ship, families and communities were relatively autonomous.

Then over the last couple of centuries, railways and telegraph lines criss-crossed our nations.

The Internet will go down in history as a genuinely game-changing technology, because it has driven power back down the pyramid to the mass of users.

Talking about the power of the Internet is not a new subject, but frankly, we still don’t know how it will continue to radically shape the way humans interact with each other.

Anyone can communicate with anyone else and access the same information almost instantly.

We’ve seen the fundamental assumptions of industry after industry being challenged by this change.

Just look at how the mainstream media—the previous gatekeepers of information—are now having to reinvent themselves.

This new openness is exciting.

It’s what makes the Internet such a powerful tool for political change and economic growth.

Protecting that is an important human rights issue because it empowers individuals by creating space for dialogue and giving voice to the voiceless.

For this to continue, we all bear some responsibility for keeping the Internet free, open and secure.

This all sounds very nice and agreeable.

But be in no doubt, while we see openness as a virtue, others see it as a threat.

The more people are empowered, the more some fear being disempowered.

So, like any powerful invention, the Internet can be a double-edged sword.

Don’t forget: the research that created the Internet in the first place was driven by military objectives.

Everyone in this room uses the Internet for positive ends: to advocate your point of view or to sell your product.

But others are harnessing the latest cyber-technologies to suppress activism, to quash dissent and to silence criticism.

Human rights are about individual freedoms. Governments that deny their citizens these rights and freedoms in conventional, analogue ways are now busy trying to do so digitally, too.

They fear the power of new ideas and thinking.

They fear, at the heart of it, their own citizens.

In other words, tools for freedom are being turned into tools of repression.

Just look at what is happening in the Russian Federation.

The seemingly anonymous “little green men” that we’ve seen in Crimea and eastern Ukraine have their online equivalents.

President Putin has accelerated restrictions on the Internet and has brought on a full-on crackdown on the media and opposition voices.

Russia’s SORM system [system for operative investigative activities] allows the Russian secret police to monitor all Web and telephone activity throughout the country, at whim.

Such governments forget that freedom of expression and assembly is not a source of insecurity; it is what keeps democracy secure.

Civil liberties can be safeguarded, even as we keep our societies safe.

That’s what the Government of Canada believes.

We are steadfast in our conviction about a simple principle: that human rights should be enjoyed just as much online as offline.

When it comes to the Internet, privacy is the foundation of the enjoyment of other rights.

At the same time, people expect governments and businesses to understand their needs.

The key, then, is trust.

Governments and businesses need to demonstrate that they can earn and keep that trust.

It is this approach that distinguishes us from repressive regimes.

We know that many of these same governments that are trying to control and limit their citizens’ use of the Internet are also the source of threats affecting Canadians, our companies and our national security.

We need to tackle these security threats by taking concrete action to improve our own defences and those of our allies and major trading partners.

Cyber-threats target not only governments, but consumers and businesses as well.

We need to deny cyber-criminals the cyber-equivalent of safe havens from which to operate.

We are working to do just that by providing support to countries in Latin America and the Caribbean to prevent, monitor and respond to security threats related to cyberspace.

We must also be vigilant as to the radicalization to violence that is happening online, in our communities, in our schools.

In the last few years, Canada has invested more than $10 million in innovative research to learn more about the recruitment methods and tactics of terrorists, including how the Internet is used for such purposes.

We are working to protect rights abroad, too.

That’s why we have provided training to citizen journalists and activists in places like Syria, Egypt and Azerbaijan on how to safely use connection technologies.

In some countries, Canada is engaging in what we call “direct diplomacy” with non-state civic and political actors, including online influencers, to help them effect positive political change where they live.

Canada’s support for the Global Dialogue on the Future of Iran is an example of how we can engage directly with the people.

Although we don’t have an embassy in Iran, the Global Dialogue’s social media platforms have created a space for Iranians to share information that their government has sought to filter and block.

It’s been a huge success—over 4.5 million unique users have accessed these platforms from inside Iran—and we intend to roll this approach out further.

These are some of the ways we can and are working to mitigate the threats to the Internet right now.

To do this in the long term, we must ensure that the Internet’s future is determined not just by governments, but also by the private sector and civil society.

Now, I like plain speaking, so let’s be honest: “multi-stakeholder Internet governance” is not the snappiest or sexiest phrase.

But it’s exactly what we need to preserve, if we are going to ensure that the Internet remains innovative, free and open to benefit all users.

When you think about it, there’s something truly special and unifying about the open Internet model we have.
And right now we’re at a crossroads—between that universal approach or a balkanized one.

Between the Internet and the so-called splinternet.

Worryingly, the same governments that already use the Internet for repression are some of the biggest proponents of changing this model, for their own ends.

This issue can sound technical, but its impact is huge.

In politics we try to explain to people that if you care about your taxes and the public services you use, then you should get out and vote for the government you want.

If you care about the day-to-day uses of the Internet, then you should care about Internet governance.

If you want to ensure that the Internet remains an open platform for economic growth and for free expression, then you should care about Internet governance.

That goes for the private sector, too.

After all, much of the infrastructure of the Internet, and most of the services it provides, is in their hands.
In this globalized world, an Internet with unhindered communication is an essential investment for the private sector.

Booming markets require a free flow of information across borders.

It’s estimated that every 10-percent increase in Internet penetration leads to a 1-percent boost to GDP.

Businesses also have a responsibility to protect their customers and the rights of those customers.

They must resist efforts by authoritarian regimes to curtail online freedoms.

And governments and civil society must help the private sector to achieve these goals.

I’ve talked about some of the work we’ve done so far.

But there’s only so much we can achieve as a government, and as one nation.

That’s why Canada is committed to working with our international partners to ensure that the Internet is kept open, safe and accessible.

We are a founding member of the Freedom Online Coalition.

This is a strong partnership of countries promoting Internet freedom, and I represented our country at their ministerial meeting in Tallinn last May.

We also look forward to our continuing work with our honoured guest, Carl Bildt, chair of the Global Commission on Internet Governance.

The Global Commission does important work in providing a high-level strategic vision for Internet governance.

So we are more than happy to host you here in Ottawa today.

No one should have been surprised that Carl has been chosen to lead this challenge.

Under his capable and dedicated leadership, the Government of Sweden has led the charge in advocating that human rights and freedoms must be protected both offline and online.

He has also innovatively pursued notion of how freedom and openness on the Internet can promote economic and social development worldwide.

Not only that, but he has been nothing short of a digital maverick, as an early advocate of digital diplomacy and an avid user of social media.

And that’s something we’re going to be discussing further tomorrow.

I’m a big fan of his interesting, and sometimes very blunt, tweets.

I remember one example from a few months ago, during a phase of increased European sanctions on Russia.

He dryly noted how strange it was that Belarus, a landlocked country, was suddenly importing and exporting huge amounts of salmon.

Now that he is no longer constrained by political minders and diplomatic obligations, I’m sure his tweets will get even more interesting.

Ultimately, though, Carl believes strongly in a free and open Internet, and in ensuring that the voices of people around the world can be heard—no matter the intentions of their governments.

And it’s this work that I would like to recognize further today.

Ladies and gentlemen, it is my privilege to present the John Diefenbaker Defender of Human Rights and Freedom Award to Carl Bildt.

As you’ve just seen, this award recognizes those who have demonstrated exceptional courage and leadership in defending human rights and freedom around the world.

Carl is working to ensure that citizens the world over are free and able to express their views, with strong and provocative words if they so desire, without retaliation.

Please join me in congratulating him for it.