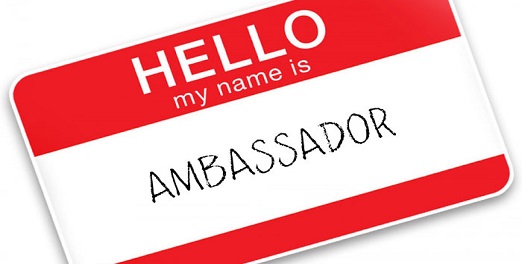 The origins of digital diplomacy may be traced back to the search for “cost-effective” diplomacy at the beginning of the 21st century. The end of the Cold War was accompanied by reductions in the funds allocated to public diplomacy activities. The demise of the Soviet Union was supposed to be replaced by a homogenous capitalist world order headed by the United States. There were no more publics that needed to be influenced. Yet the 9/11 terror attacks, and subsequent War on Terror, all demanded a renewed commitment to public diplomacy. This commitment was not necessarily supported by new resources. MFAs thus began to search for cost-effective diplomacy, a quest that led them to the digital world. Through digital technologies MFAs could create virtual global Embassies, converse with global populations and manage their nation’s image without building new facilities or erecting new establishment in the physical world.

More than a decade into the era of digital diplomacy it is evident that its practice is not as cost-effective as once thought. Utilizing social media for public diplomacy activities requires that content be authored, that comments be read, that responses be formulated and that diplomats commit time and effort to engaging with digital publics. Virtual Embassies need to win over sceptic audiences while events must continuously be organized. The management of national images necessitates that campaigns be formulated, that measurement criteria be defined and that campaign messages be tailored in real-time to audience feedback. As MFAs throughout the world found themselves managing digital empires consisting of social media accounts, virtual Embassies and consular applications, digital diplomacy units found themselves overburdened, overextended and understaffed.

The result has been a growing transition towards traditional public diplomacy activities, such as one-way message dissemination, and strategic communications in which the goal of influencing target audiences has reasserted itself.

The question that arises is are there any additional assets that MFAs may build on to increase their digital output, yet without committing significant resources? One answer might be recently retired Ambassadors who have the time and knowledge necessary to be effective digital communicators.

Ambassadors are foreign policy experts. Having risen in the ranks of MFAs they have served in numerous departments and have been stationed in numerous countries. Their career has demanded that they also become communications specialists able to dissect and explain complex global events to novice audiences, high-ranking policy makers, ministers and journalists. Their career has also seen them become experts at cultivating relationships with audiences that are critical of their nation’s policies. They have even had the opportunity to specialize in specific domains of diplomatic activity, such as multi-lateral diplomacy, or world regions such as Africa.

But perhaps most importantly, Ambassadors retain a certain level of prestige. They are trusted spokespersons and in the age of fake news, disinformation and misinformation their word carries weight.

MFAs may therefore seek to leverage recently retired Ambassadors as digital assets. These could become “Ambassadors emeritus” tasked with managing thematic digital accounts. Ambassadors who have served at the OSCE can offer digital publics insight into its workings, commentary on its achievements or failures and continuous analysis of OSCE related news. In a similar fashion, former Ambassadors to the WTO can offer relevant audiences greater understanding of the organization’s mandate, its structure and its agenda during a given year or month.

Other “Ambassadors emeritus” can help support specific policies or issues. For instance, under Foreign Minister William Hague the UK Foreign Office launched a global campaign to end sexual violence in conflicts. Recently retired Ambassadors could have used digital channels to increase the exposure of the camping, demonstrate its importance through their own experiences abroad and offer followers a greater understanding of how issue-based campaigns are run at the MFA and Embassy level. By so doing, “Ambassadors emeritus” can offer a closer look into the inner workings of international diplomacy.

“Ambassadors emeritus” can even be used to negate disinformation being circulated by a specific international actor or a specific network of accounts. Here, Ambassadors’ prestige may prove most beneficial.

Lastly, “Ambassadors emeritus” may be used to increase engagement with specific regional publics. Former Israeli Ambassadors to Egypt and Jordan, for instance, could be called upon to manage digital accounts aimed at interacting with Arab social media users. These Ambassadors may be fluent in Arabic and are likely to be familiar with the issues that are dominating the public sphere in Arab countries. They have also gained valuable experience in narrating Israeli policies in highly critical media environments. Similarly, former UK Ambassadors to Iraq and Afghanistan can help increase the UK’s digital outreach in these countries thus augmenting other digital activities.

The resources necessary to enlist “Ambassadors emeritus” into the digital workings of an MFA would include social media training and coordinating digital messages between Ambassadors and relevant departments. Yet the return on investment in “Ambassadors emeritus” may be far greater than having an overextended digital diplomacy unit manage a new account or launch a new digital initiative.