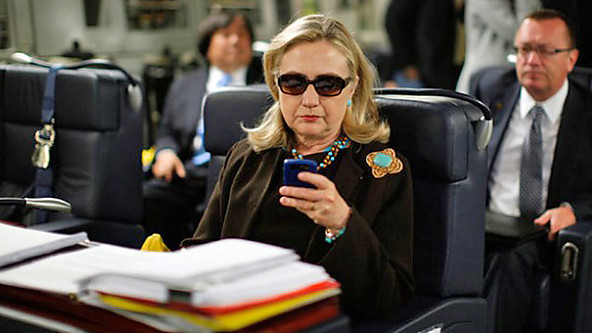 The popular stereotype of a British ambassador abroad is a linen-suited gentleman gazing at the sunset, gin and tonic in hand, on the veranda of a grand residence in a far-off land.

But if our man in the Panama hat is listening to his Whitehall masters he should now be thinking about taking a photograph of that sunset on his smartphone and sharing it with the world via Twitter.

In December, the Foreign Office published its digital strategy.

As well as putting forward a “digital by default” policy for consular services, the paper also pledges to “take full advantage of digital diplomacy”.

Digital diplomacy. Twenty-first Century statecraft. E-diplomacy. Diplomacy 2.0. The use of digital tools to further foreign policy goals has been given a variety of labels.

In the definition set out by Fergus Hanson from the Brookings Institution in Washington, it is simply “the use of the internet and new information communications technologies to help carry out diplomatic objectives”.

Much of the work of diplomacy has traditionally taken place out of public view (until Wikileaks published more than a quarter of a million US diplomatic cables). So what lies behind this new spirit of openness and transparency?

In part, it is a realisation that foreign ministries cannot afford to ignore the digital platforms that are transforming and democratising the way we gather and share information. “The 21st Century is a terrible time to be a control freak,” says former US State Department tech guru Alec Ross.

In an ever more networked world, anyone trying to operate outside the network risks being left out of conversations that are increasingly taking place in public spheres. As one analyst, Rory Medcalf, has noted: “A 21st Century foreign service that does not seriously use social media is a bit like a pre-1914 diplomatic network that kept its hands clean of newspapers and the telephone.”

But some observers believe the driving force may be a feeling of anxiety as well as opportunity in diplomatic circles. In one of a collection of thought-provoking essays published by the Canadian International Council, Brian Fung quotes a State Department official who frets that “if we don’t join that vibrant area, we will become irrelevant.”

Senior British officials – social media novices and veterans alike – recently discussed the Foreign Office’s digital strategy at their annual leadership conference in London. I quipped on Twitter (perhaps a little harshly) that watching these venerable diplomats trying to embrace the digital future felt a little like watching my grandparents dancing at a rave. “It may look weird but at least we’re dancing,” replied one Sir Humphrey. Fair point. Condensing foreign policy issues into Twitter or Facebook-sized morsels takes practice and can still seem strange because it’s a relative novelty. In time, it may become the norm.

But is digital diplomacy anything more than just a passing fad that will disappear like a puff of Cuban cigar smoke after a state banquet?

There are dangers involved in making diplomacy more participatory and transparent. Negative headlines can follow when it is done badly. This was demonstrated recently by an appallingly clumsy attempt by the British Embassy in Bahrain to mark World Press Freedom Day which the Foreign Office in London was forced to distance itself from.

But for digital evangelists like the British ambassador to Lebanon, Tom Fletcher, the rewards outweigh the risks of the odd diplomatic incident. He believes social media provides a unique chance for diplomats to “engage directly on a meaningful scale with the countries we live in”. It has, Fletcher argues, “the potential to rewrite the diplomatic rulebook”.

So is the age of the naked diplomat approaching? The Foreign Office certainly thinks so… although still topped off with a Panama hat, naturally.