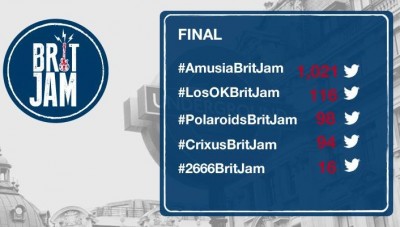 Within the context of a globalized environment, each institution, whether public or private, needs to take the maximum advantage of social media channels, which usually include very low costs and have a wide range of coverage.

In an embassy like ours in San Salvador, the digital work and maximization of resources takes great relevance because of the opportunity to reach people.

With a local staff of 6 people (2 UK staff members and 4 locally engaged employees) the British Embassy in El Salvador has been communicating Foreign Office priorities and objectives to different sectors of the Salvadoran population through a range of social media and digital channels.

El Salvador is a small Central American country, with a population of more than 6 million people. According to a research published in July 2013 by one of the main newspaper in the country (La Prensa Grafica), about 25% of the total population is using Facebook, making it the most important social network for Salvadorans.

The digital activity of this Embassy took off with a Facebook page and an FCO blog which were managed by Zoë Smith, Deputy Head of Mission. The blog was about all the activities and projects made by or related to the Embassy and how she managed to put everything together to start working in San Salvador.

The Facebook page was launched and became active, but it got stronger after the Embassy´s projects and events started to be public and people became part of them.

This encouraged the Embassy to keep working not only to use this as a tool for all the upcoming projects, but to create awareness of the new British Embassy in San Salvador, showing how to conduct diplomacy in a different and modern way in the country.

One of the activities that helped the Embassy to get strongly established on the Salvadoran social networks was  British Week, which took place between 8 and 15 June , 2013, and more specifically the “Brit Jam” (a band contest playing British covers) that allowed the Embassy to grow up to five times their Facebook followers in less than a month, opening the opportunity to communicate effectively to those interested in learning more about British music, culture, education, and even the UK’s policies and points of view.

For the Brit Jam, a key element was the creation of an interactive Facebook app where bands had to register and find information about the event. In addition, Twitter served as a tool for all participants and the finalist bands´ fans could vote for their favourite, this helped us determine the winning band of the contest..

Added to this, both social networks allowed us to transmit everything that happened during  British Week live.

Even the Brit Jam´s official radio (Radio Femenina, one of the most important stations in the country), broadcast ​​one of its live shows from where ​​the contest´s semi-final was taking place.-.

The content created by the radio on their social networks, related to the Brit Jam, positively affected the impact that the event had already generated by the Embassy’s own means, achieving greater public exposure of  British Week and therefore of the British Embassy.

The Embassy has achieved great recognition among the local population through the dynamism of our social networks.

One example is the engagement of our Ambassador with her Twitter account (@HMALindaCross), showing that despite having limited resources, this digital age provides significant opportunities when engagement is achieved with your target audience.

With the help of some interns we have been able to maintain and improve our communications workflow.

Keeping up the vision of becoming a fully digital Embassy, we have been starting to use other social networks like Instagram. And in the future we hope to continue growing into new projects that will allow us to continue effectively communicating the most important messages from the FCO and strengthen the good relations between the UK and Salvadorans.