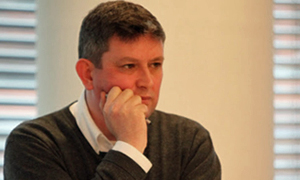 During a crisis Twitter has proved essential for the dissemination of critical information. Building on this reputation Twitter launched a new service called Twitter Alerts in the US, Korea and Japan in September 2013.  Twitters have now released the service in the UK and the Foreign Office has signed up to take part.

The Foreign Office will use the new alerts system from Twitter to complement our existing use of social media to support British Nationals as well as our traditional consular operations.

We are also using social media to make it easier for British Nationals to get advice or help when living or travelling abroad. The FCO travel advice and consular teams answer questions tweeted to @FCOtravel between 9 – 6 every weekday.

The Foreign Office has seen the impact and value of a variety of social media platforms in situations ranging from natural disasters to terrorist incidents.  When a crisis breaks social media is the first place many people now turn for the latest information.  It is imperative that the Foreign Office continues to innovate to ensure that it can provide the best service for British Nationals.