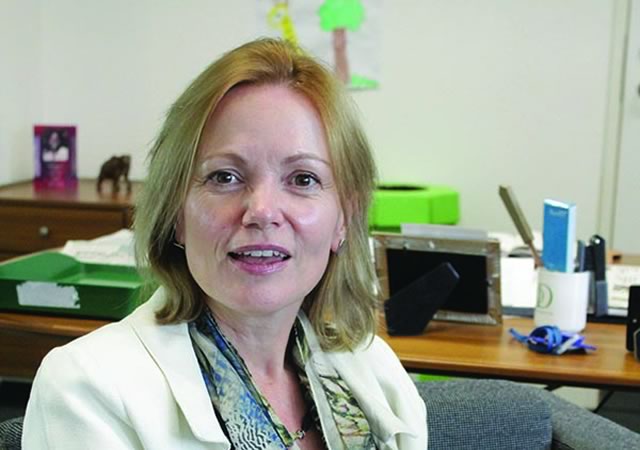 Deborah Bronnert: The new Foreign Office chief on why it’s such a good place for women to work

The new Foreign Office chief has squared up to President Mugabe, but she also drops everything for her son’s bedtime

Just over 40 years ago, any woman who worked for the Foreign Office was forced to resign when she got married. Today, female diplomats and civil servants are taking advantage of flexible working and job-sharing with colleagues – and even their own husbands.

The first woman to run the Foreign Office has hailed the transformation of the Diplomatic Service, once the bastion of traditional Whitehall, into a modern employer. Deborah Bronnert, the new chief operating officer of the Foreign and Commonwealth Office’s (FCO) , said she looked forward to a time when “we don’t have any more firsts” because equality will have been reached. Speaking in her first interview, Ms Bronnert also said she expected all ambassadors to use Twitter as part of their “diplomatic toolkit” – unless the situation made it too risky.

Ms Bronnert said it was “fantastic” for a married couple to do an ambassadorial job-share. Jonathan Aves and Katherine Leach take four-month turns as British ambassador to Armenia, while the other looks after their three young children. The family has been based in Yerevan for nearly three years.

Ms Bronnert, 47, said: “History has a long shadow. The marriage bar – if women got married they had to resign – was lifted in 1972. We are just a totally different organisation – in a good way. The Foreign Office is a really good place for working women. It is fantastic we can have job-share ambassadors. We have got to get to a point where we don’t have any more firsts. It is about opening the door and leaving it open.”

Ms Bronnert herself job-shared in 2008 when her son was very young; she worked Monday to Wednesday, using the FCO’s own nursery for her son, while her colleague worked Wednesday to Friday – giving them one day together to hand over work. “It did feel as if we were knocking on an open door, but we were conscious we were the first at that [director] level to be doing it. It was really important to ensure we spent time together to talk about big strategic things, to make sure we were still leading the directorate with clarity and consistency.

“One of the things it reinforced for me was that a lot of people in the organisation wanted to support people working flexibly, wanting it to work not just for women but men too.”

The career diplomat job-shared for two years before doing the same job full-time when her colleague joined the private sector. And even though working full time, she leaves the office at 5pm to get home for her seven-year-old son’s bedtime, before continuing to work afterwards.

Acknowledging that Twitter has changed diplomacy, she said: “Digital media is just another part of the ambassadorial toolkit they are expected to use, and use well. A lot of ambassadors use it really well. It gives you a platform for messages on what we in the UK think on a range of issues.

“It also gives you a platform to talk to a whole range of people who otherwise you might not be able to talk to – people who might not normally talk to diplomats. It gives you access and I certainly found that in Zimbabwe. I got to know some really interesting people through Twitter. There are still a few countries where it doesn’t make sense.”.

As chief operating officer, she is responsible for the FCO’s buildings and embassies, protocol, events, human resources and IT, among other things. She took on the role last month, replacing Matthew Rycroft, Britain’s new UN ambassador in New York. For three years until this summer she was Britain’s ambassador to Zimbabwe – the first woman to hold the post. Arriving in Harare in 2011, she presented her diplomatic credentials, as all new ambassadors do, to Robert Mugabe for what was supposed to be a 15-minute meeting, but it turned into a 90-minute confrontation over British involvement in Zimbabwe.

“He spoke pretty much without pause for 30 minutes, and I had been told by the Zimbabwean head of protocol I would only have 15 minutes with him. I had a list of things I knew I had to say, points I needed to make to him that had been endorsed and cleared by the Prime Minister. I had to make my points, but I also had an 88-year-old head of state setting out his version of UK-Zimbabwean history and his views on a whole range of British politicians.

“It was quite interesting thinking, ‘How am I going to make all of my points in a way that actually ensures they’re listened to, so I’m not disrespectful. How do I do that but also not interrupt someone?’ [In the end] I did get to make all of my points. Clearly there were some points of history that we agreed upon and some points we definitely didn’t agree upon. It was courteous; we both said what we thought.”

In the face of considerable “hostile media coverage” her approach was to be “robust, courteous and  respectful, but you don’t allow yourself to be bullied into silence by pressure by those who don’t want you to speak out and don’t want the United Kingdom to have an opinion”.