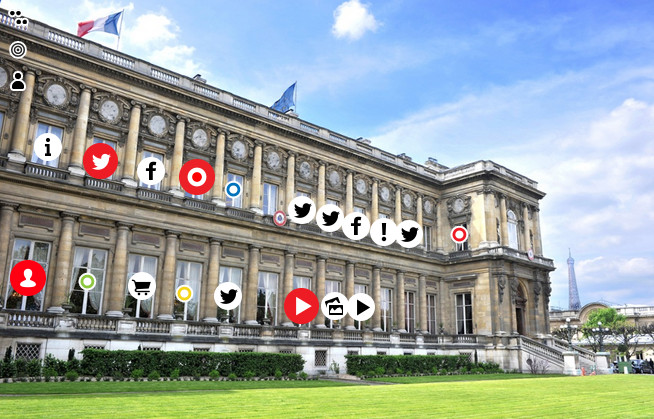 Digital soft diplomacy, particularly in its social media dialogue dimension, is the tip of the “digital diplomacy” iceberg.

What is soft diplomacy? What is its relationship with digital technology?

Our soft diplomacy is aimed notably at promoting France’s image and thus defending our economic, linguistic and cultural interests. It also aims to raise general public awareness of the Ministry’s work. It results from the combined efforts of the Ministry of Foreign Affairs’ central services and diplomatic network.

The Ministry of Foreign Affairs was in 1995 one of the first French institution to set up a website. The France Diplomatie website now has close to 1.7 million visitors each month, almost a third of who consult its flagship service: Conseils aux voyageurs (Travellers’ advice).

Since 2008-2009, the Ministry of Foreign Affairs has had a proactive communication policy on social networks. It was, for example, the first French Ministry to create a Twitter account in spring 2009: @francediplo in French and @francediplo_EN in English.

On the social web, diplomacy is no longer merely a matter of State-State relations, but also of State-civil society relations. Social networks allow the Ministry to listen to the general public and dialogue directly with them.

Since October 2012, a weekly question and answer session on Twitter allows users to converse with officials from the Ministry of Foreign Affairs using the #QRdiplo hashtag.

The Ministry of Foreign Affairs has created “France Diplomatie” accounts on several platforms in various languages.

The three focuses of the MAE’s digital communication strategy

Here are a few tangible examples of projects implemented in 2013 under these strategic focuses:

the graphical and ergonomic redesign of the France Diplomacy using responsive web design techniques, in April 2013;
the editorial redesign of the whole site;
the planned creation of a Twitter account to centralize the Ministry’s job offers;
the emphasis on the creation of infographics;
the development of digital publications;
the creation of new foreign language accounts on Twitter and Facebook;
the development of new practical services;
the graphical and ergonomic design of the website template provided to the diplomatic network, planned by early 2014.

More than 265 French diplomatic posts have a website, communicating in some 15 languages in total.

Nearly 100 French embassies and consulates use social networks. They mainly use Twitter and Facebook, but they are capable of adapting to the most widespread local usages and platforms. France’s Embassy to China, for example, uses the Weibo platform.

The Ministry of Foreign Affairs’ digital soft diplomacy strategy includes the diplomatic network in its main development focuses:
The Ministry provides its diplomatic network with numerous tools and services, including editorial support, templates for embassy and consulate websites, hosting solutions, telephone and online assistance, and tutorials. This support concerns both their institutional website communication and social networks.
Since 2011, the Ministry of Foreign Affairs has implemented a social web training programme for all diplomats newly posted abroad. Refresher courses are also provided, in the framework of the Diplomatic and Consular Institute (IDC).

Directory of French embassies, consulates and permanent representations on social networks
e-diplomacy Hub, the AFP tool to monitor the Twitter activity of the different diplomatic networks in real time