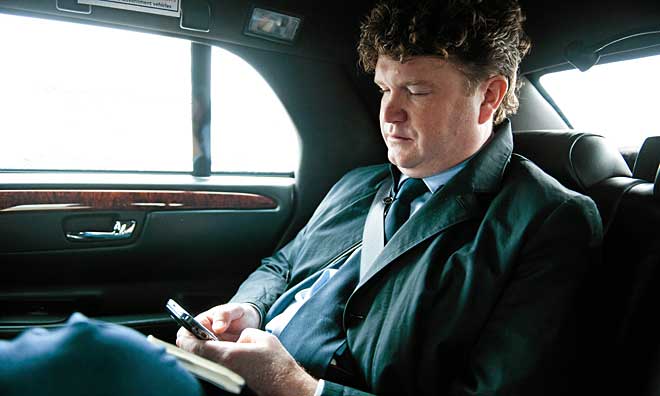 Last week I took part in a lively debate at Wilton Park, a forum for exchange and dialogue on global issues established at the end of World War II. It was part of a three-day conference on “soft power,” the term coined by American political scientist Joseph Nye in 1990 to describe the ability to influence other nations through persuasion rather than coercion. I was asked to address the increasingly discussed and increasingly important subject of diplomacy in a networked world.

Diplomacy, I believe, is currently enjoying a resurgence. Those who watched President Obama’s State of the Union address, for example, heard him say that America must move off of a “permanent war footing.” Indeed, the center of our recent efforts to achieve progress in Iran, Syria and the Middle East has been the negotiating table rather than the command post. And as we move from missiles to missives, our ability to harness technology in the service of diplomacy is more important than ever.

In the networked world, where power is increasingly dispersed, we have seen the amazing effect that digital media can have in facilitating the coordination of people-powered movements. But are we certain those tools have the same power in the service of diplomacy? What tools do work best? And what metrics matter? What value is there when someone “likes” an embassy Facebook page, watches a YouTube video, or follows an ambassador on Twitter? In a sense we know the power of the cloud. But think what images of clouds often connote: foggy, fluffy, and far-away — three things we need less of. We need our approach to be clear, concrete, and close-up.

So at Wilton Park I suggested a different model for considering diplomacy in networked world — a thought experiment of sorts. The hot trend now is wearable tech, like Google Glass and Jawbone bracelets. What if we designed a gadget that could measure our activities as diplomats? I challenged my fellow attendees to contribute ideas about what it would track: Every “please” and “thank you”? Every smile? Time spent listening versus talking? Deductions for excessive acronyms and overuse of diplo-speak clichés (e.g. “watching with concern” when actually we are horrified by what we see)?

With algorithms becoming powerful enough to predict weather weeks in advance, might we now be able to quantify relations among countries? Could we try to improve relations with Russia by 20% in the same way that we try to try to achieve specific Millennium Development Goals?

The point I was trying to make is that, based on my experience in the tech industry, as well as with using technology for advocacy, I’ve found that the choice of what technological medium to use is often more successful when a clear target has already been set for what we want it to help us achieve. That’s why, in my thought experiment, the wearable soft power bracelet is designed to measure a diplomatic medium we already know to be the most effective we’ve got: our diplomats.