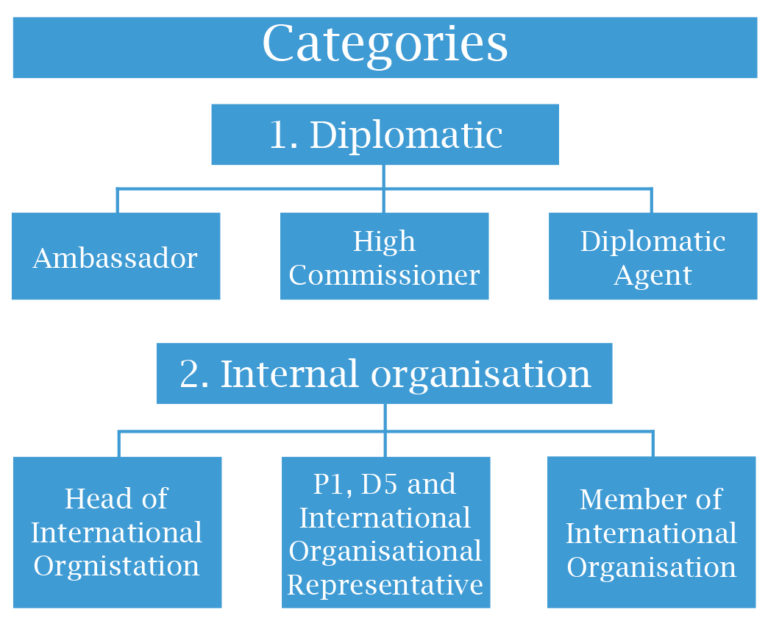 Section 15(1) of the Diplomatic Immunities and Privileges Act 37 of 2001 (the Act) creates an offence if anyone obtains or executes any legal process against diplomats. It is noteworthy that a party to such proceedings, an attorney and the Sheriff are specifically referred to therein. Should s 15(1) be contravened or if any other offence is committed resulting in the infringement of a diplomat’s personal inviolability or that of their property or residence, the offender could, on conviction, be fined and/or imprisoned for up to three years (s 15(2) of the Act).

The Vienna Convention on Diplomatic Relations of 1961 (VCDR) has the force of law in South Africa (SA) (s 2(1) of the Act) and applies to all diplomatic missions and members of such missions in SA (s 3(1) of the Act). The VCDR provides a complete framework for the establishment, maintenance and termination of diplomatic relations. Moreover, it not only codifies pre-existing principles of customary international law relating to diplomatic immunity, but resolves points on which differences among states had previously meant that there was insufficient consensus to create a rule of customary international law. The Preamble of the VCDR also states that the purpose of diplomatic immunity is to ‘ensure the efficient performance of the functions of diplomatic missions as representing States’. Its main aim is to shield diplomats from actions interfering with the performance of their official duties in the receiving state (refer to the fourth recital of the VCDR).

Immunity of this nature is procedural in character and does not affect any underlying substantive liability (Portion 20 of Plot 15 Athol (Pty) Ltd v Rodrigues 2001 (1) SA 1285 (W) at 1293 G – I; Democratic Republic of the Congo v Belgium (Arrest Warrant of 11 April 2000) [2002] ICJ Rep 3 at paras 59 – 61). This principle is essential as the receiving state cannot at the same time receive a foreign diplomat by mutual consent (art 2 of VCDR) and then subject such diplomat to the authority of its own courts in the same way as other persons within its territorial jurisdiction. Diplomats, however, are not exempt from the jurisdiction of their own countries’ courts (art 31.4 of VCDR) and, in important respects, to the jurisdiction of the courts of the receiving state after their posting has ended (art 39 of VCDR). It is noted that s 110A of the Criminal Procedure Act 51 of 1977 ensures that South African diplomats who are immune from the criminal jurisdiction of the receiving state could under certain circumstances be prosecuted in our courts if they commit offences during their tour of duty.

The doctrine of state or sovereign immunity refers to the immunity, which one state enjoys within the jurisdiction of another state, which flows from the public international law principle of the equality of sovereign states or par in parem non habet imperium. This means that a sending state, which incurred legal liability in the receiving state, cannot under certain circumstances be summoned before the receiving state’s courts to be judicially forced to discharge its liability. The majority of states nowadays apply the doctrine of restrictive sovereign immunity, which distinguishes between non-sovereign acts, such as commercial transactions (so-called acta iure gestiones) and acts performed in the exercise of sovereign authority – the so-called ‘acts of state’ or acta iure imperii. The former does not entitle a sending state to immunity within the jurisdiction of the receiving state. South Africa, by promulgating the Foreign States Immunities Act 87 of 1981, followed suit and based it to a large extent on the United Kingdom’s State Immunity Act 1978.

Diplomatic and state immunity have a number of points in common –

As will be seen below, the immunity of diplomatic agents are wider than those of the state because their purpose is to remove persons who are within the receiving state’s territory and under its physical power from its jurisdiction (Elieen Denza, Diplomatic Law: Commentary on the Vienna Convention on Diplomatic Relations 4ed (Oxford University Press 2016) at 1; Reyes v Al-Malki and Another [2017] UKSC 61 at para 27 – 28).

Diplomatic immunity is dealt with in art 22 and 29 to 40 of the VCDR. These provisions confer different degrees of immunity on persons connected with a diplomatic mission according to their status and function. The VCDR distinguishes between diplomatic agents (ie, heads of mission and members of their diplomatic staff) the administrative and technical staff of the mission, their respective families and service staff of the mission.

The highest degree of protection is conferred on diplomatic agents and is virtually absolute. In the case of diplomatic agents, the VCDR substantially reproduces the previous rules of customary international law, by which a diplomatic agent was immune from the jurisdiction of the receiving state, namely –

As a result, the representatives of the receiving state cannot arrest or detain diplomatic agents and their residences, property or persons are immune from search, requisition, attachment or execution due to their personal inviolability. A summons or warrant cannot be served on them personally, nor on their residences, or the mission. For more detail in this respect, refer to Riaan de Jager ‘Diplomatic law: Service of process on foreign defendants’ 2017 (Dec) DR 34. Also, they cannot be charged in the criminal courts, nor sued in the civil or administrative courts of the receiving state. The reason: What a diplomatic agent does in the course of his official functions is done on behalf of the sending state and is an act of the sending state, although it may give rise to personal liability on the part of the individual agent. Any acts that a diplomatic agent performs in a personal or non-official capacity are, however, not acts of the state that employs them. The right to assert immunity in this respect can only be justified on the practical ground that their exposure to civil or criminal proceedings in the receiving state, irrespective of the justice of the underlying allegation, could impede the functions of the mission.

Because diplomatic missions are usually situated in the capital of the receiving state, all such missions in SA are located in Pretoria (Tshwane).

Diplomatic agents’ family members forming part of their households will in terms of art 37.1 enjoy the same immunity. The justification for it is to protect diplomats from harassment particularly by means of framed or politically motivated legal proceedings so that they can perform their functions whatever the situation in the receiving state (Denza (op cit) at 320).

Members of the administrative and technical staff of the mission, together with their family members, enjoy their immunity in terms of art 37.2 includes –

It is evident that these members enjoy the same immunities as diplomatic agents except for immunity from the civil and administrative jurisdiction regarding acts performed ‘outside the course of their duties’. They can never be tried on a criminal charge in any circumstances (unless their immunity is expressly waived), but they may be sued on personal matters.

Members of the service staff of the mission who are not nationals of or permanently resident in the receiving state only enjoy immunity in respect of acts performed in the course of their duties (art 37.3) – this is known as functional immunity.

The immunity that consular officers enjoy in terms of international law are regulated by the Vienna Convention on Consular Relations of 1963 (VCCR), which also has the force of law in SA (s 2(1) of the Act). These officers are attached to consular posts (eg, Consulates-General, trade offices, etcetera) in cities outside Pretoria (Tshwane) (eg, Johannesburg, Cape Town, Durban, etcetera). Unlike the almost absolute immunity, which diplomatic agents and their family members enjoy in terms of the VCCR, consular officers only enjoy functional immunity which is limited to –

It is worth noting that the members of the family of consular officers forming part of their households do not enjoy any immunity whatsoever.

Abuse of status by diplomats

Since all accredited diplomats are registered with the Department of International Relations and Cooperation (DIRCO) (s 9(2) of the Act), its Chief of State Protocol is empowered by s 9(3) to issue a certificate on request to clarify whether a person enjoys immunity. Before taking any measures against a person who might enjoy immunity or inviolability, attorneys are advised to approach the Directorate: Diplomatic Immunities and Privileges of DIRCO for confirmation of their status.