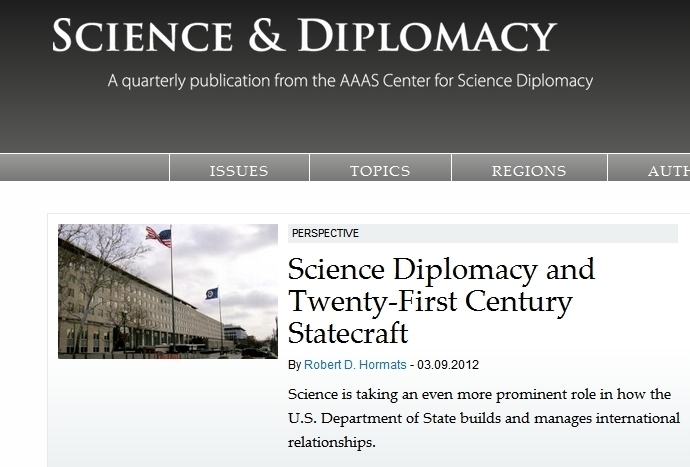 When one thinks of diplomatic engagement with North Korea – officially the Democratic People’s Republic of Korea (DPRK) – what comes to mind are countless official and unofficial dialogues and negotiations regarding its nuclear capabilities peppered with various incentives, typically in the form of food, fertilizer, and energy assistance. At this particularly unsettling time in relations with the DPRK, where key official communication avenues are increasingly limited, it is more important than ever to open new channels of engagement. Non-official exchanges, involving non-governmental organizations (NGOs), universities, and private companies, can and do play a critical role. These must be expanded, however, as citizens often have the potential to do what governments cannot. Fortunately, such citizen-to-citizen engagements generally have been encouraged by both governments: in recent years, the DPRK has sent economic, medical, and sports related delegations to the United States; and a number of official and unofficial U.S. delegations have traveled to the DPRK, including the New York Philharmonic, former President Jimmy Carter, former Governor Bill Richardson, Google Executive Chairman Eric Schmidt, and most recently, retired basketball star Dennis Rodman.

Among the many avenues for engagement, science diplomacy deserves special recognition. Scientists, engineers, and innovators are problem solvers who speak a common global language and value transparency, fairness, logic, reasoning, and questioning. While cultural diplomacy such as music and sports can be a source of entertainment and enrichment, science diplomacy via research partnerships in such areas as agriculture, health, or environmental sciences can help – albeit over a long time period – give a country the ability to prosper, grow, and deepen practical ties. Over the past 20 years, I’ve had the privilege of witnessing the multitude of benefits of engaging globally to tackle challenging issues by implementing science and innovation engagements with Japan, South Korea, Russia, South Africa, Mexico, and various European countries.

CRDF Global, an NGO created by the U.S. Congress that specializes in building global science engagements, helped to found the U.S.-DPRK Scientific Engagement Consortium with colleagues from Syracuse University, the American Association for the Advancement of Science (AAAS), the Pacific Century Institute (PCI), and the DPRK State Academy of Sciences (SAOS). We spent two years building understanding and trust with our DPRK colleagues – on a foundation established by Syracuse University, by meeting with senior leadership of the DPRK United Nations Mission (the only official representative in the U.S.), and bringing these officials to AAAS annual meetings in Boston, Chicago, and San Diego. In 2009, we were the first U.S. science delegation hosted by the SAOS in Pyongyang, where we visited scientific institutes, met with students, gave and listened to lectures, and signed an agreement that resulted in a DPRK delegation traveling to Atlanta, GA in 2011. During that exchange we continued to build our understanding of how best to establish U.S.-DPRK partnerships in non-sensitive but critical areas of research. This involved scientists and officials from other organizations and universities, including the Carter Center, Emory University, Georgia Institute of Technology, Johns Hopkins University, Stanford University, University of Georgia, and the University of Missouri.

Following these reciprocal delegation visits and with the support of the Henry Luce Foundation, we then launched a number of capacity-building efforts outlined in our joint agreements, including training DPRK scientists in the English language and enabling internet access to global publications via a virtual science library. The next step is to identify one of a number of proposals the DPRK presented at a workshop CRDF Global organized on behalf of the Consortium in 2012 at the Rockefeller Foundation’s Bellagio Center in Italy, aimed at building possible collaborations in non-sensitive areas of research, such as watershed management, deforestation, biodiversity, salmon hatcheries, and ecology restoration. Projects like these have the potential to address critical issues of environmental insecurity in the DPRK and make a tangible impact on the quality of lives of its citizens.

While our DPRK counterparts have had limited funding, they have been incredibly responsive, knowledgeable, resourceful, hospitable, and shown a deep interest and commitment to our joint collaboration. Science diplomacy has ambitious objectives, but its ability to bring people together, irrespective of geopolitical factors, is remarkable. Our informal interactions have included playing ping pong in Pyongyang‘s Koryo Hotel, sharing stories of our children, singing songs in an Atlanta brew house, and listening to “American Pie” by Madonna in the Grand People’s Study House. We watched as our Nobel Laureate delegation leader sang the periodic table in his toast at the welcome dinner, and later presented as a farewell gift the tie that he wore when he received the Nobel Prize in Chemistry. Through many conversations and engagements, we have come to learn that our science colleagues in the DPRK are not so different from us. They want peace and prosperity, respect, and the ability to solve their own challenges. Despite this desire, the DPRK’s isolation means that it lacks the ability to transform its economy without outside assistance. Development aid, such as fertilizer or food, has an important humanitarian function and can support relations during negotiations, but collaboration with scientists and engineers is fundamentally necessary to support the long-term development of the state. Engagement on technical issues is thus an essential requirement for future transformation of the DPRK.

In sum, while science engagement is not a panacea for the tensions that have recurred between the U.S. and the DPRK, it has the potential over the long term to significantly boost joint objectives in understanding critical scientific challenges, while helping the DPRK move into the global science community. At the same time, it gives the U.S. a window into a country that we need to better understand, in the hopes that over time we can build a stronger foundation and move together toward a more hopeful, secure and amicable future.

CRDF Global specializes in building global science engagements, particularly in challenging environments. Starting with the states of Eurasia then branching out to Iraq, other Middle Eastern countries, and now globally, CRDF Global works in over 40 countries to build capacity, research exchanges, and innovation engagements that give hope to countries seeking to build peace and prosperity. For more information on science diplomacy click here. The Consortium website can be found by clicking here.

Dennis Rodman: North Korea ‘Pretty Much Like Any Other Country’
Los Angeles Times

In North Korea, Diplomacy Walks a Tightrope
The Reporter

Author Biography
CRDF Global Senior Staff Associate Linda Staheli has more than twenty years of experience advancing international science engagements and another ten years addressing arms control and national security issues. She has been with CRDF Global for the past 14 years managing governmental relations and science diplomacy outreach, including founding and serving as secretariat (2007-2012) for the US-DPRK Science Engagement Consortium. Before joining CRDF Global, Ms. Staheli directed the NIH Division of International Relations at the Fogarty International Center, managed international relations for the President’s Science Advisor at the White House Office of Science and Technology Policy (OSTP), and then served at the US Department of State managing US government S&T relations with Japan and South Korea and then managing the Central and East European Joint S&T Funds. Other employers include RAND, Council for a Livable World, and the Democratic National Committee. Ms. Staheli has served in various volunteer capacities, including co-President of Women in International Security (WIIS), the Global-HELP Advisory Board, and on as a Member of the National Committee on North Korea. Ms. Staheli holds an M.A. in Public Management with a focus on national security studies from the School of Public Affairs, University of Maryland, and a B.A. in International Studies from the Jackson School of International Studies, University of Washington in Seattle.