How a Tweet Made Enemies of Saudi Arabia and Canada: Applying the Hofstede Theory to Geopolitics 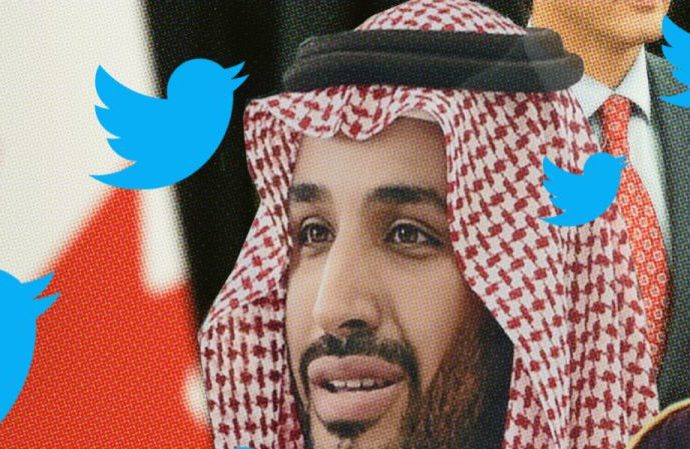 Over the past few weeks, a single tweet by Canadian Foreign Affairs Minister Chrystia Freeland has spiraled into a massive diplomatic clash between Canada and Saudi Arabia. In the Aug. 2 tweet, Freeland calls for the release of two jailed Saudi activists, Raif and Samar Badawi. Canadian officials over the years have often expressed public concern about Saudi Arabia’s approach to human rights, but although the Saudi government has typically brushed off the critiques with no action, this one tweet at this one time has prompted Riyadh to respond with a range of harsh diplomatic and economic measures.

So far, the kingdom has withdrawn some 8,300 postsecondary students from Canada, removed Saudi patients undergoing medical care in the country, expelled its Canadian ambassador, frozen new trade relations, dumped millions in Canadian investments from its Public Investment Fund and halted flights to Canada on its state-owned airline.

Differences in national values can produce sudden disputes and reflect how the love of one’s own — a core concept for understanding geopolitical decision-making — can interrupt relationships, even between erstwhile friends.

All this over a single, critical tweet. What drove Saudi Arabia to pick a diplomatic fight with Canada? Why did Freeland’s tweet spark such offense in Riyadh? And for that matter, why was Freeland driven to make the tweet in the first place?

Though strategic differences exist between Saudi Arabia and Canada, including the Canadian government’s disquiet at Saudi Arabia’s conduct in Yemen and Saudi disapproval of Canada’s support for the Iranian nuclear deal, there are more areas of strategic alignment than divergence. The two countries have complementary views on oil production, provide substantial tourism to one another, and are counterterrorism partners and U.S. allies. Moreover, neither Freeland’s tweet nor the Saudi response were particularly strategic moves, considering that both countries will lose out economically.

But there are ways to understand why events between them transpired the way they did. If we apply Geert Hofstede’s cultural dimensions theory, the tweet spat between Saudi Arabia and Canada can be seen as the story of two countries’ clashing national values.

Hofstede’s theory, promulgated initially in 1948 and inspired by the psychologist’s own experience moving from the Netherlands to the United Kingdom, defines national values by breaking them into six different aspects of culture that are expressed in a number of behaviors. In practice, it allows us to examine behaviors and identify the cultural values that drive them. We can then more easily compare the values of individual countries and recognize disparities. (Hofstede’s theory is meant to identify trends in large groups, rather than anticipate specific individuals’ actions.)

The framework is often used by international businesses and educational institutions to better understand how to manage and relate to those of different cultures. But its application to geopolitical relationships as well can help us develop a deeper understanding of the domestic imperatives behind Ottawa and Riyadh’s recent actions.

Canada’s tweet condemning the human rights situation in Saudi Arabia exemplified the two countries’ opposite positions on three Hofstede cultural dimensions: the Power Distance Index (how a government views power), Individualism Versus Collectivism (how they view individuals versus groups) and the Uncertainty Avoidance Index (how they view uncertainty in the future).

In Canada, Freeland’s tweet was an example of a political ritual affirming the country’s core values relating to power and the treatment of individuals. In Saudi Arabia, it was seen as a direct attack on the Saudi approach to power and individualism. Power in Saudi Arabia is distant and to be questioned under only very specific circumstances. The country has a strict hierarchy, and while individual Saudis may petition the king and his government, they can never overrule it. In Canada on the other hand, the prime minister and other politicians are not remote leaders but people nearly equal to those they govern. To Canadians, power is immediate and open to criticism from any side.

How Cultures View Individualism Versus Groups

The two countries also take different approaches to how individuals relate to groups. Saudis heavily prioritize individuals’ rights and responsibilities as parts of a group; people who try to change group behavior without first bringing consensus are pushed to the margins of society. Canada, like many other Western countries, is quite the opposite: Individuals are meant not only to challenge groups but also to break from them, asserting their individualism as often as possible.

Finally, Canada and Saudi Arabia’s national cultures are open to very different amounts of change. Canadians, broadly, welcome and reward cultural change and the uncertainty it brings, seeing tradition as a less important feature of their cultural experience. Saudi Arabian culture, on the other hand, emphasizes tradition and continuity and is less open to uncertainty. By urging Saudi Arabia to release the activists, Freeland suggested an introduction of uncertainty that is not welcomed by the current Saudi government, which is already working to implement its own changes to society.

The immediate trigger for the conflict was the tweet condemning the treatment of activists in Saudi Arabia. But it was spurred on by the countries’ opposing approaches to the above three values. The actions of the activists, the Saudi government and the Canadian government represented an intersection of these values, and the result was a massive disruption of the diplomatic relationship.

To Canada, activists are, in the Hofstede terminology of culture, “heroes.” Canadian national culture emphasizes individualism, making social activists — the lone agitators who challenge power — somewhat heroic. Their disruption to society is celebrated, and the changes they introduce are welcomed. Moreover, because many of Canada’s values are derived from the universalism of the Enlightenment, Canadians see them as human — not just Canadian — values. With that mindset, these values are applicable everywhere. Because Canadians see their own national values as coming from universally true rights, Canada’s government believed it had an obligation to take a stance against what it saw as the unjust act of arresting activists.

But in Saudi Arabia, cultural values dictate that, generally speaking, most activists are enemies of the state, or Hofstedian “villains.” In this case, it is because the activists directly challenged Saudi Arabia’s approach to power and individualism. They sought social change outside of the Saudi power structure, refusing to communicate grievances directly to designated elders using Saudi Arabia’s largely popular majlis, or council-based, system. Moreover, they were not trying to seek consensus within groups but were instead asserting their individualism, another red line. In Saudi culture, the activists’ arrests reinforced widespread national core values.

By publicly criticizing the Saudi government’s decision, Canada can be seen as responding to the value gap between it and Saudi Arabia; Riyadh’s own reaction was a similar response. Both sides produced a nationalist effect as they defended the values of their nations, and Riyadh also signaled to outsiders that interference in internal Saudi affairs — especially done in a way that might upend the social contract — would not be tolerated, even at the cost of economic and diplomatic relations.

(Hofstede’s cultural values can also help us understand why so many women’s rights activists were arrested for calling for allowing women to drive, even as the Saudi government was preparing to give them this right. It was not what they were asking for; it was that they were challenging the power structures led by Crown Prince Mohammed bin Salman and violating accepted cultural values.)

How Relations Can Survive a Value Clash

Not every value disagreement will cause conflict, especially if other dimensions of culture align. For example, in 2011 France banned the niqab, the face-covering garb most commonly associated with Saudi Arabia. The niqab is an important cultural symbol for Saudi Arabia, but the move did not cause a diplomatic blowup with France. Why?

If we apply Hofstede’s theory, we could argue that it’s partly because the ban, though not necessarily welcomed by Saudis, was something that the Saudi government could at least understand — because while they may differ in some respects, the French and Saudis aligned on key national values: a desire to avoid an uncertain future, and an accompanying desire to avoid changes in tradition.

To France, the niqab was a cultural innovation in a country that doesn’t welcome change very easily. It made sense for France to take steps to not just minimize the change, but outright ban it. France also made it clear that the ban was for France alone — and not a universal call to end the niqab. Saudi citizens could understand that position. The kingdom regulates foreign culture inside its borders, too, and for the same reason: a dislike of innovation and uncertainty. An alignment in core values made the decision less controversial than it might otherwise have been.

Ultimately, Hofstede’s cultural dimensions theory provides another means of understanding the geopolitical behaviors of nations, leaders and international organizations. States with similar national values are less likely to get into squabbles over the surface-level differences between their cultures — even if they take actions that may seem like they will cause offense.

But when nations have very different cultural dimensions, they are likely to clash over some kind of cultural artifact. States can manage these clashes, especially if countries with wildly different values, like Saudi Arabia and Canada, have enough shared strategic interests. But the more the governments or citizens of the countries interact with one another, the more likely it is that such value gaps will bleed over into economic, political or diplomatic spheres. (States always have the option of resisting, deflecting or contradicting their national values, but they do so at the peril of losing domestic support.)

States can also misread what other governments are capable of. For example, countries that have high Power Distance Index scores are more likely to expect other governments to make unilateral and hierarchical decisions with little consultation with affected parties. But if they attempt to make a deal with a country that has a lower score, the latter’s focus on getting feedback could slow down, or even blow up, a negotiation. Turkish-American relations have been historically bedeviled by such misaligned expectations: Ankara has struggled to understand the internal domestic systems that prevent the United States from extraditing Turkey’s most-wanted cleric, Fethullah Gulen, and restrain the White House from keeping Congress from considering a resolution to condemn the Armenian genocide.

Finally, there is risk when a government ignores its own values in an attempt to foster a relationship, especially with a more powerful partner. Strong domestic pressure could eventually force the government to change its policies, or even prompt an election, revolution or coup. This is in large part what drove Iranian Shah Mohammad Reza Pahlavi from power in 1979: when he attempted to align his government with the values of key allies like the United States and the United Kingdom, a groundswell of domestic opposition resulted in a revolution.

Values are an additional risk factor in international relations, introducing a permanent element of uncertainty to even strongly strategically aligned relationships. Allies may suddenly have a falling-out that appears to have no driver but, in fact, emanates from value clashes. Governments could also suddenly shift priorities or abandon once-consistent stances in response to strong domestic expressions of their cultural values. Meanwhile, other governments could ignore their own national values, risking domestic disapproval or even removal from power.

An awareness of the role that values play in geopolitical decisions allows those who have something at stake in cross-country relations — like diplomats, businesses, tourists and students — to better evaluate and prepare for how such disputes could affect them. And this layer of understanding of what can drive big international decisions can allow organizations and individuals to anticipate and respond to such changes more successfully.