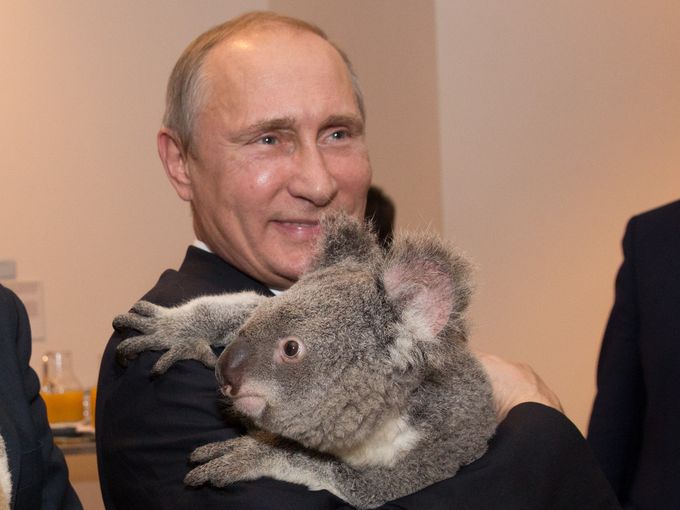 Never before has Australia been more at the heart of global affairs. Here in Brisbane we have finished our year as G20 President, with the G20 leaders presenting their communiqué. A series of significant…

Susan Harris Rimmer receives funding from the Australian Research Council. She is affiliated with the Think20 process hosted by the Lowy Institute.

Never before has Australia been more at the heart of global affairs. Here in Brisbane we have finished our year as G20 President, with the G20 leaders presenting their communiqué.

A series of significant bilateral speeches are following as the leaders of the US, Germany, China, Italy, UK and India make their way around the country, address the Commonwealth Parliament and meet with business, science and expatriate communities.

Australia is the President of the UN Security Council this month, led by Ambassador Gary Quinlan. You can follow every statement and moment using the #OzPrez hashtag, an amazing innovation of Australian e-diplomacy.

November is the Diplomacy Olympics, and this is the decathlon event. For film buffs, it is “The Year My Voice Broke”. We need Mr Abbott, Ms Bishop, Mr Robb and Mr Hockey on the podium at the end of this month.

So how did we go in the G20, in projecting our soft power? Brisbane was beautiful but boiling hot. The police were friendly, the locals were mostly bemused or strategically absent. The protests were creative, passionate and peaceful. The journos were fed and watered in a cavernous space, with complaints mostly about wi-fi, blocks to entering the building and the cash bar.

The leaders all came, except Argentina’s President Kirchner who was ill. Debutantes Indian PM Modi and Indonesian President Widodo had a wonderful summit, charming most and in Modi’s case, hugging many.

The program mostly worked, in that a Leaders’ Declaration on Ebola was agreed and a final communique was released. This included substantial and specific policies and goals designed to boost the G20 as a forum that gets things done. The precedent of the Ebola declaration is still something for global governance experts to debate.

Mr Abbott began the program with a leaders’ retreat, with no officials but the remarks televised. It was widely reported that Abbott’s remarks missed the mark in both tone and appropriateness for the occasion. President Obama’s UQ remarks directly followed and, for most analysts, comparisons were odious.

As a host, there was no criticism, except for rather terrified faces on some of the spouses when wild animals (and reptiles) were thrust their way at Lone Pine during the spouse program. And there was a barbecue where leaders must have felt slowly roasted themselves.

Mr Abbott’s performance improved over the two days. The closing presser was nearly an hour late and unfortunately lost much of the international press, but was a good speech, well delivered.

There was plenty to like in the communique, especially the pledge to create 100 million new jobs for women by 2025. But the world media focused on the fight over the climate paragraph. In our own summit, Australia lost control of the headline, and we have only ourselves to blame. Mr Abbott and Mr Hockey, by their own admission, listened so hard to the B20 and so little to the wider mainstream international foreign policy debates that they were wrong-footed on climate, science and innovation.

Why invite mainly business leaders, mainly men (with the exception of Gina Rinehart), to the leaders’ reception? Why give Rupert Murdoch the spotlight in Washington? Why not invite some of our artists, writers and thinkers and showcase that we are not just open for business but open to ideas?

Alas, that is twice we have lost the press of our troika partners (Russia and Turkey, and now China). We have to work hard with Turkey and China to maintain the legacy of Brisbane, especially as Turkey has outlined very different priorities for Antalya on November 15-16 2015, and China in 2016 is yet to declare its focus.

But the weekend belonged to the marsupials. Diplomacy scholars have long documented the effectiveness of China’s “panda diplomacy”. This weekend, we assuredly saw the rise of koala diplomacy. The jaded journos in the international media centre stampeded to meet Jimbelung, which means “friend” in a local Aboriginal dialect, who is scheduled to move from a wildlife park in Brisbane to Japan as a gift.

Most of the world leaders were captured hugging away, even those who had threatened each other verbally weeks and days before. The White House made a dad pun that got 70,000 likes and rising. US and Chinese media ignored the policies and loved the wildlife.

Most Australians were watching and wondering when the koalas would turn on their usual tricks of relieving themselves and swiping someone in their normal drunk, grumpy manner. But no. These koalas were resolutely adorable, had obviously had a shampoo and a blow-dry, and didn’t complain even when security-screened (yes, security-screened).So I’ll be donating to the Australian Koala Foundation this week, and I predict most of DFAT will too. Our koala diplomacy is on the rise. Let’s be memorable for more.