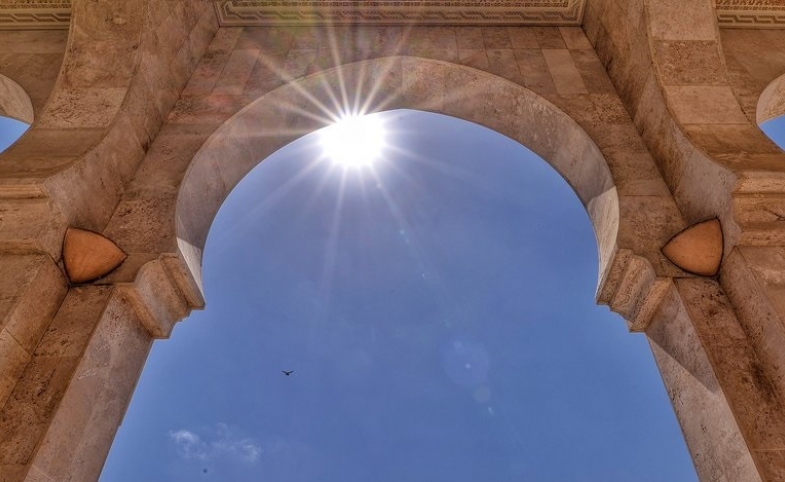 It’s Ramadan again—the holy month of fasting for the world’s 1.6 billion Muslims—and in embassies representing the Islamic world, that means a golden opportunity for public diplomacy.

From glitzy interfaith iftars catered to carefully curated guest lists, to community charity drives, the month offers a glimpse into how Muslim-majority countries are using religious diplomacy to underscore alliances with Western partners, and are positioning themselves as leaders of moderate Islam.

One of the most visible adopters of this strategy is Morocco, a country that has wielded religious diplomacy in various forms to leverage its particular “brand” of Islam. From its imam training programs in Europe to mosque constructions in West Africa, the North African kingdom presents a useful case study of the potential for and limits of religious diplomacy in the Arab world.

In the public diplomacy arsenal, religious diplomacy is one of the more benign, “feel good” tools that—when deployed correctly—doesn’t feel like conspicuous public relations. Morocco knows this well, and compared to its eastward neighbors, it has a comparative advantage in the moderate Islam market without having to pull out too many PR stops.

Morocco adheres to the Maliki school of Islam, a relatively tolerant strand that doesn’t garner too much Western media attention in terms of parochial practices; it takes pride in highlighting the peaceful coexistence of its Muslim and Jewish communities, an oft-touted talking point in Washington. Through King Mohammed VI’s constitutional title of amir al-mu’minin (“commander of the faithful”) and direct descendancy to the Prophet Muhammad (PBUH), the government has also managed to keep tight reins on the country’s religious brand, regulating weekly religious sermons and monitoring religious education and materials.

This context has allowed Morocco to develop a religious diplomacy strategy that leverages its brand of Islam as a positive complement to its policy objectives, without it being a distraction or reputational liability, as is the case for some of its regional neighbors. As part of his ‘pivot’ to sub-Saharan Africa, King Mohammed VI has taken advantage of historic linguistic and religious ties to cement economic and political objectives.

Morocco’s religious ties to West Africa, in particular, date back to as early as the 11th century when Islam spread to the region through the Almoravid dynasty. Worshippers of one of the largest orders of Islam in West Africa, the Tijaniyyah Sufi group, still make annual pilgrimages to the zawya (religious monastery), in Fez. As a result of this history, many Muslims from Senegal to Mauritania still consider the Moroccan king as a spiritual leader, and Morocco as a sacred religious destination. In 2013, the king signed an agreement with the Malian president to train 500 of the country’s imams in the teachings of tolerant, moderate Islam. The training took place at the $20 million Mohammed VI Institute for the Training of Imams, Morchidines and Morchidates in Rabat, which now includes scholars from other African countries, France and even China.

The Institute is the crown jewel of Morocco’s religious diplomacy and its efforts to brand and export its interpretation of moderate Islam. At the same time, as Muslim-majority countries are increasingly chastised for not doing their part to combat radicalization, the Institute and Morocco’s focus on religious tolerance and pluralism have earned it pats on the back from Western allies such as the United States. A recent Atlantic piece conceded that it’s still too early to determine whether the imam training program has deterred any youth from joining groups like ISIS, but at least it has “elevated [the status of] women in society.” During a visit to the country, former French President François Hollande welcomed the training of French imams in Morocco as a key component of the countries’ joint fight against terrorism. (It is not clear whether the initiative will continue under President Macron, who is keen to add his own touch to rebranding the religion). For an international (Western) audience, the religious diplomacy program is relatively effective as it shows that Morocco is contributing to the unyielding fight against extremism. For Moroccan leadership, they are able to tick the box from an optics perspective.

Appearances aside, as Morocco’s religious diplomacy takes on more overtones of countering violent extremism (CVE), some question its purpose and limits. While some Moroccan officials insist that the country’s efforts in this space are directly linked to its relatively stable position in the region, this is difficult to prove. Like most other CVE programs, religious diplomacy that is intended to preempt extremist action rests on a major assumption that religion is the primary driver of radicalization. In the Moroccan case, experts continue to hint at other more plausible factors that push citizens to join extremist groups such as poverty, marginalization and an alarming level of youth unemployment, and cast doubt on whether state-sanctioned religious messaging has any persuasive effect on youth at all. Moreover, the increased “bureaucratization” and “banalization” of the religion may have a counterproductive impact domestically as citizens chafe at increased state control of Islam.

Abroad, religious diplomacy has served the kingdom well as it solidifies economic and political relations with its African neighbors and amplifies its image as an open, tolerant Muslim country. On the other hand, Morocco may have to take a more prudent approach as it uses religion to tackle extremism, especially when catering to a domestic audience. However, given the positive Western response and the Trump administration’s increased focus on “radical Islamic terrorism,” it does not appear likely that Morocco will halt its religious diplomacy approach to CVE any time soon.