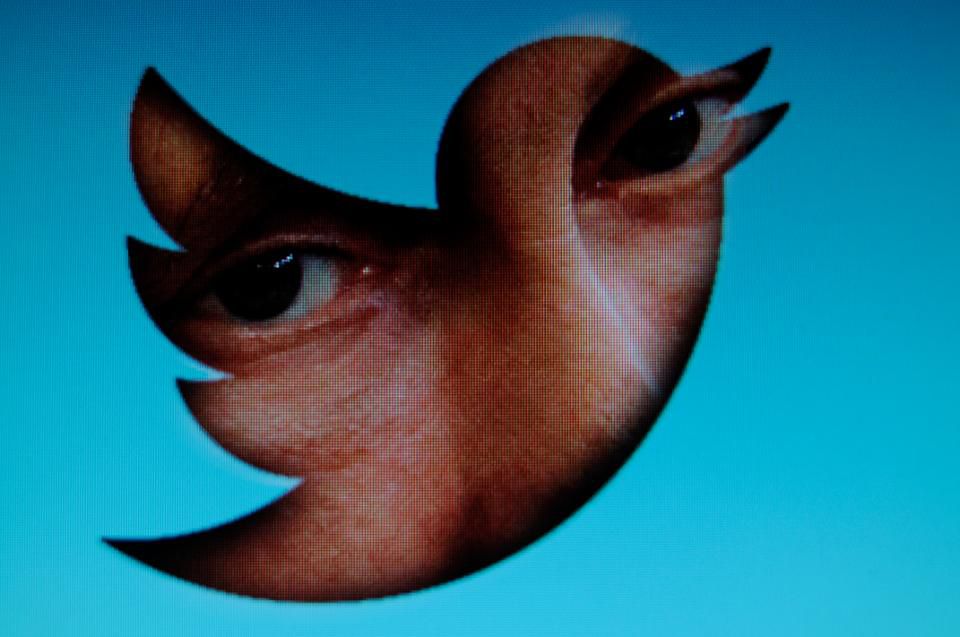 Perhaps the most remarkable aspect of democracy in the digital era is the degree to which the conversations between elected officials and those they represent are occurring within the private walled gardens of social media companies in which all the most sacrosanct traditions of the democratic process like free speech do not apply. Today any American can speak directly to the President of United States through Twitter, receive a direct personal response from the President and even potentially influence American policy. Yet, one of the most overlooked elements of this brave new world of digital democracy and digital diplomacy is the degree to which Twitter and Facebook now control democracy itself, with Twitter quite literally controlling who has the right to speak directly to the President.

The United States has a long tradition of citizens interacting with their elected officials, whether in person in the nation’s early years or registering their opinions remotely in later years, whether through postal letter or today via electronic mediums like email and social media.

Estonian President Toomas Hendrik Ilves largely pioneered the idea of a true “Twitter presidency” in which heads of state themselves directly interact with the public, both listening and engaging to their own citizenry and representing the country abroad.

In the US, President Obama was active on Twitter but it is President Trump who has truly brought the American presidency into the Twitter era.

Today any American citizen can speak directly to the head of state of the United States. Whether to congratulate his policy decisions, register their disagreement with his actions or inform him of problems in their community or abroad they wish US Government assistance with, our Twitter Presidency provides an unprecedentedly powerful channel for citizens to bypass the traditional bureaucracy of government and speak directly to their leaders.

Yet, those Twitter conversations between citizens and their government are not occurring in a public square open to all. They are occurring on private property owned by a for-profit company accountable to no-one but its shareholders and which wields absolute authority to control who may speak and what they may say.

Social media companies eliminating terrorists and vitriolic hate speech from their platforms might not be overly objectionable to the general public, but as social companies step up their efforts to suspend and even permanently ban users from their platforms, they are simultaneously stripping those users of their right to speak directly to their elected officials and to have their voice heard in our digital democracy.

Twitter has the legal right to suspend or ban any user from its platform for any reason and users do not possess any legal recourse to appeal their removal from the platform. Twitter can also delete any post at will, again without the poster having any legal recourse of appeal.

This means that Twitter today is in essence the ultimate gatekeeper controlling who is permitted to speak to the President of the United States and what they are permitted to say.

An American citizen banned from Twitter can still write a letter to the White House, send an email or use other communications mediums, but all of those messages are routed through the traditional government bureaucracy of layer upon layer of filters. A tweet directed to the president is seen by him directly, possibly seconds after being sent and he can respond to it directly. A letter mailed to the White House is unlikely to hold his attention in the same manner and may not reach his eyes at all.

This creates an uneven landscape of democratic representation in which a user authorized by Twitter to use their platform and sending a message that meets Twitter’s acceptable speech guidelines can be heard directly by the president, while everyone else must submit their missives to the bureaucratic black hole from which they are unlikely ever to emerge.

It is as if Twitter built a side door into the White House which it alone controls and whose guests must adhere to its rules, rather than enjoy the freedoms bestowed upon them by our government.

Twitter is not a neutral communications channel. It has values, morals and ethical beliefs that are enforced with absolute authority upon its users.

This is in direct contrast to the channels traditionally used by citizens to contact their elected officials. The USPS does not open every letter and evaluate it according to a set of acceptable speech criteria, refusing to deliver those letters it disagrees with. Neither does the telephone company monitor every call and disconnect users whose conversations veer into topics or beliefs it as a company disagrees with.

Twitter, on the other hand, does increasingly monitor all of the posts that cross its servers and remove those that do not comport with its corporate values.

This means that Twitter, for all intents and purposes, now has the full legal right to determine what the President of the United States hears from the citizens of the United States. If Twitter as a company decides that a given topic should not be discussed, it can simply flip an algorithmic switch to instantly silence all discussion and debate on that topic.

As Facebook reminded us last month when it removed Elizabeth Warren’s advertisements calling on tech companies to be more heavily regulated, social platforms wield immense control over what society talks about.

What happens if social platforms eventually decide to rank every user and every post according to their monetizable value to advertisers and only permit speech from which they can recoup their hosting and bandwidth costs?

This raises the question of whether social platforms like Twitter should be forced to permit suspended or banned users to retain their right to communicate with official government accounts like those of elected officials. Like cellphones disconnected for not paying their bills must retain the right to dial 911, might disabled social media accounts retain the right to communicate with elected officials?

To explore these questions further, I asked Twitter how it viewed its role in our modern digital democracy, especially how it attempts to safeguard the information exchange between citizens and their elected officials that is so sacrosanct and central to democracy.

In particular, I asked the company why it felt it was not problematic that suspended and banned users lose their right to communicate directly with elected officials in the way that other users can and whether it had considered granting suspended or banned users minimal access to retain their ability to speak with official government accounts.

Most importantly, I asked how Twitter was ensuring that its content moderation practices, especially its new “community health” initiative, were not censoring posts sent from American citizens to their elected officials, even if those posts run contrary to Twitter’s rules on acceptable topics and beliefs.

Strangely, a spokesperson responded to these questions with pointers regarding the company’s efforts to combat fake news and repeated the company’s denial of so-called “shadow banning” despite my queries not having mentioned the topic in any way.

It is extraordinarily telling that Twitter’s response to questions about its impact on the communications between citizens and their elected officials was met with a summary of the company’s fake news efforts and a denial of shadow banning.

When asked again whether the company had any comments on the actual questions posed to it, especially why it doesn’t permit suspended users to retain their right to interact with government accounts and how it ensures its moderation efforts do not delete posts between citizens and their elected officials, the spokesperson responded that the company had no further comment.

For example, Facebook’s silencing of the Warren ads reminds us that social media companies could quietly delete all posts across Europe calling for greater privacy protections or increased regulation of their industries.

A Commission spokesperson touted EU efforts combatting false information by outside parties, but when asked specifically about EU efforts to address the ability of the social media companies themselves to interfere with democracy, the spokesperson confirmed that there were no EU-wide efforts and that I would have to check with each individual Member State to see if they were examining the issue in any way.

It is worth pointing out that in the leadup to an election in a democratic country, all it would take is a simple phone call or email from Mark Zuckerberg or Jack Dorsey to their staff to instantly delete all negative coverage of their preferred candidate and delete all positive coverage and suspend all supporters of the opposing candidate to have an outsized effect on the election.

Putting this all together, lost in all of our conversations about foreign influence and interference in the democratic process is the growing absolute power of the social platforms themselves. Over the past two and a half years policymakers, pundits and the public have lamented the ability of foreign nations to exploit social media to undermine democracy.

Lost among all of this discussion is any mention of the power of the the platforms themselves to interfere with democracy.

In the end, rather than focusing exclusively on foreign interference exploiting social media platforms, policymakers and proponents of democracy should spend a lot more time evaluating the influence of the platforms themselves on influencing, interfering and even undermining democracy itself before it is too late.

Based in Washington, DC, I founded my first internet startup the year after the Mosaic web browser debuted, while still in eighth grade, and have spent the last 20 years…