The Encyclopedia of Diplomacy 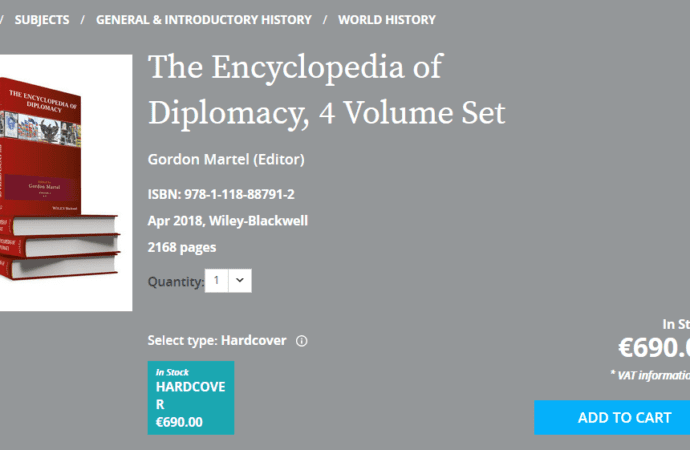 The Encyclopedia of Diplomacy is a complete and authoritative 4-volume compendium of the most important events, people and terms associated with diplomacy and international relations from ancient times to the present, from a global perspective.

GORDON MARTEL is Emeritus Professor of History at the University of Northern British Columbia and Adjunct Professor at the University of Victoria. He has written widely on the history of diplomacy, international relations, and modern war. Among his best-known works are Imperial Diplomacy (1985) and The Origins of the First World War (fourth edition, 2008). He was one of the founding editors of the leading scholarly journal in the field, The International History Review, and is editor of “Seminar Studies in History”. He has edited numerous scholarly publications including The World War Two Reader (2004), A Companion to Europe, 1900-1945 (Wiley Blackwell, 2006), A Companion to International History, 1900-2001 (Wiley Blackwell, 2007), and The Encyclopedia of War (Wiley Blackwell, 2011).