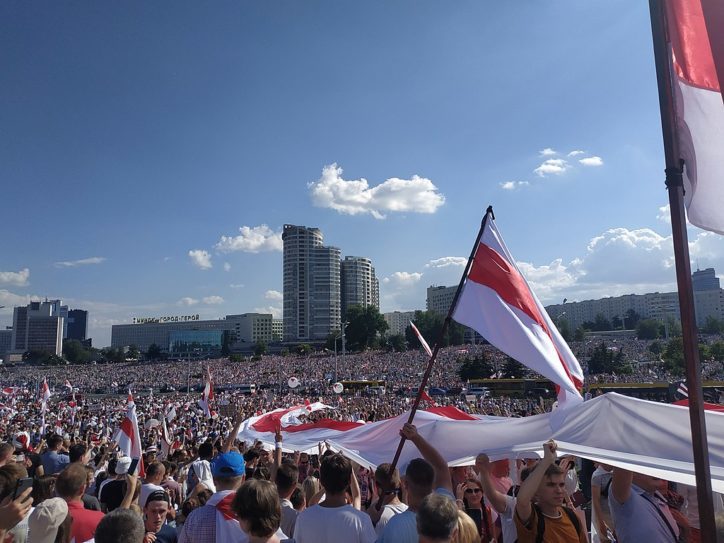 We’re back with the week in foreign policy – exploring what’s happening away from the front pages, and key developments in global affairs that have caught our eye.

The foreign policy headlines have been dominated this week by news that, with the support of America, the UAE and Bahrain have signed agreements fully normalising their relationships with Israel. Whilst the move has been celebrated by some as a historic and extraordinary triumph, The New York Times’ Editorial Board have argued that, whilst this is “on the face of it, a good and beneficial development”, “the agreements…made only a perfunctory nod to what ‘Middle East peace’ has long referred to: peace between Palestinians and Israelis.” They argue that: “A true Middle East peace deal will require an accommodation with the 4.75 million Palestinians in the West Bank and Gaza, a people who have been denied a homeland for more than seven decades”.

Russia has also had a big week and Vladimir Soldatkin reports in Reuters that: “Russian President Vladimir Putin bestowed a $1.5 billion loan on Belarus on Monday in a gesture of support for its leader Alexander Lukashenko, who flew to entreat his patron for help after five weeks of mass protests demanding his resignation.” Furthermore, Ivana Stradner and Milan Jovanović discuss in Foreign Policy how the recent parliamentary election in Montenengro, which saw the pro-Western Democratic Party of Socialists replaced by newly formed coalition of opposition parties, could “have outsized repercussions for the international order”. They argue that: “It’s high time the EU wakes up and does something to stem Russian President Vladimir Putin’s creeping influence in the Balkans.”

Japan is also preparing for a period of new leadership with Yoshihide Suga becoming Japan’s new Prime Minister. William Sposato discusses what can be expected from the Prime Minister in Foreign Policy, describing him as a “policy wonk short on charisma (who) is best known for the blandness of his daily press briefings.” He argues that: “As the ultimate fixer, Suga has already made clear that his goal is stability, not innovation.”

Meanwhile, Barbados has declared that it will remove the Queen as head of state and become a Republic stating that “The time has come to fully leave our colonial past behind,”. However The Economist warns that whilst the Prime Minister “will have no problem mustering the two-thirds majority in both houses needed to dump the monarchy”, “many former British colonies have contemplated the republican idea, only to discover that it is hard to execute. Barbados (has) dithered for nearly a quarter of a century.”

Finally, in the human rights sphere, Borzou Daraghi in The Independent discusses the hanging of 27-year-old Navid Afkari, a former Iranian wrestling champion. “The 85,000-member World Players Association accus(ed) Iran of using him as a “pawn” in their domestic political calculations, demanding that Iran’s participation in the Olympics, world wrestling and international football be reassessed should the death take place”. Meanwhile, Madeline Wattenbarger describes in The Guardian how women in Mexico have seized a “human rights office to force President Andrés Manuel López Obrador to tackle grim toll of rape and murder.” Similar occupations outside of Mexico City have been met with force, with police entering occupations, “beat(ing) the women and children with them, before taking them away in unmarked vehicles to the prosecutor’s office”. Police have also attacked crowds outside the occupations.