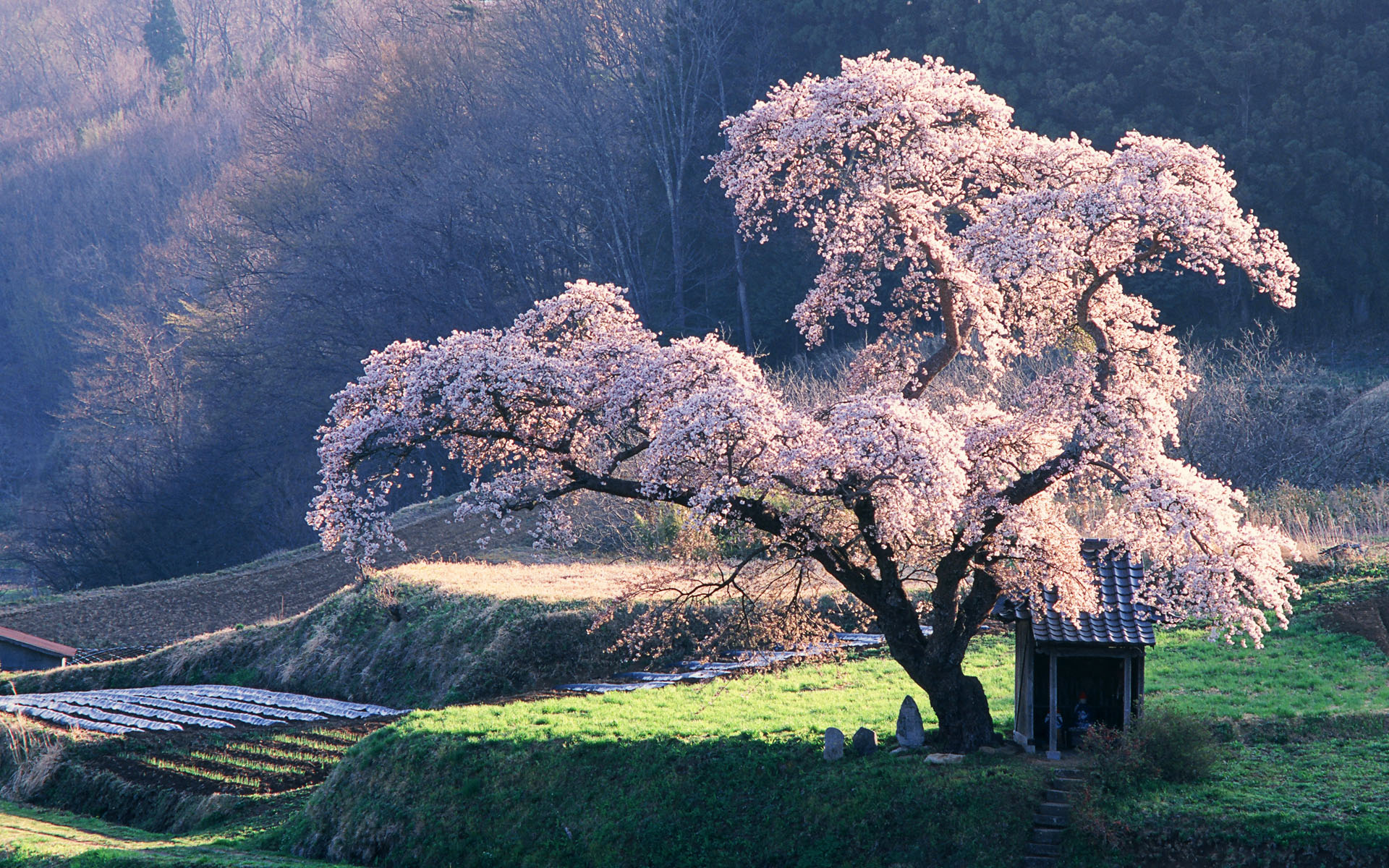 It wasn’t a reassuring moment.

Speaking at the World Economic Forum in Davos, Switzerland on Wednesday, Shinzo Abe, the Japanese prime minister, compared recent tensions between China and Japan to the rivalry between the British and German empires at the start of the 20th century. Like the Chinese and Japanese are today, he noted, the British and Germans were close trading partners in 1914—until World War I broke out. Abe argued that China’s military buildup is destabilizing the region, warned of “inadvertent conflict,” and admitted that the two countries didn’t have an “explicit roadmap” to resolve one. Then the Japanese leader packed his bags and traveled to China’s rival, India, for an official visit.

Although relations between China and Japan have never been warm, diplomatic efforts between the two countries have deteriorated rapidly since November, when China unilaterally expanded its air-defense zone to include the disputed Senkaku islands in the East China Sea (China claims the five uninhabited islands, which it calls the Diaoyu islands, as its own territory). Abe, whose country has controlled the islands for decades, rebuked China’s move for “unjustly violating the freedom of aviation over the high seas.”

In retaliation, Abe paid a highly symbolic visit to Yasukuni Shrine in late December, drawing harsh condemnation from foreign ministries across the Pacific. The controversial memorial to Imperial Japan’s war dead, including Hideki Tojo and 13 other World War II-era war criminals, is a touchstone for the polarizing debate on Japanese nationalism, militarism, and historical memory in East Asia. Few actions by a Japanese prime minister could have been more provocative to China, where patriotism is closely intertwined with anti-Japanese sentiment.

Relations plummeted thereafter. In British newspapers, dueling editorials devolved into Chinese and Japanese officials comparing one another to Lord Voldemort, the fictional archvillain from the Harry Potter novels. Cui Tiankai, China’s ambassador to the United States, invoked Japan’s aggressive imperial past in a Washington Post op-ed, while Kenichiro Sasae, his Japanese counterpart in Washington, retaliated in an op-ed of his own  by declaring, “It is not Japan that most of Asia and the international community worry about; it is China.”

Standing at the center of controversy is a familiar feeling for Shinzo Abe. A conservative nationalist, he famously denied in 2007 that there had been any coercion of the 250,000 foreign “comfort women” who were forced into sexual slavery in Japanese military brothels during the war. Abe also supported revising school curricula to downplay Japanese wartime atrocities, a move that has previously prompted protests and diplomatic rebukes in China, South Korea, and the Philippines, whose people suffered greatly under Imperial Japanese rule in the early 20th century.

To this day, World War II’s scars run deep in East Asian politics and shape Japan’s defense policies. The conflict’s horrors motivated the Allied powers to rewrite many of the defeated Axis nations’ new constitutions, including Japan’s, to inhibit future aggression. Article 26 of the German constitution, drafted in 1948, declares that “[a]cts tending to and undertaken with intent to disturb the peaceful relations between nations, especially to prepare for a war of aggression, shall be unconstitutional.” Italy similarly “rejects war as an instrument of aggression against the freedom of other peoples and as a means for the settlement of international disputes” in Article 11 of its post-war constitution. Article 9 of Japan’s constitution, however, goes much further than the others in abolishing militarism:

1. Aspiring sincerely to an international peace based on justice and order, the Japanese people forever renounce war as a sovereign right of the nation and the threat or use of force as a means to settle international disputes.

2. In order to accomplish the aim of the preceding paragraph, land, sea, and air forces, as well as other war potential, will never be maintained. The right of belligerency of the state will not be recognized.

These prohibitions leave Japan, the world’s third-largest economy, heavily reliant on the United States for self-defense and far weaker than its neighbors. Japan spends roughly $59 billion per year on defense, for example, while China spends more than $166 billion. The Japanese Self-Defense Forces, or JSDF, which is strictly forbidden from conducting combat operations, is only one-third the size of South Korea’s armed forces, one-sixth the size of North Korea’s, and one-tenth the size of China’s.

As 1945 grows more distant, Japanese leaders have become less hesitant about non-combat JSDF deployments and their nation’s strategic role in East Asia. Yasuhiro Nakasone, a former Japanese prime minister and firm ally of the Reagan administration, referred to the Japanese archipelago as “an unsinkable aircraft carrier” during the 1980s. After the Cold War ended, Japanese leaders began to contribute small numbers of unarmed troops to UN peacekeeping operations and humanitarian operations. The government of Junichiro Koizumi, in which Abe served as chief secretary, deployed 600 unarmed JSDF troops to Iraq between 2004 and 2006 to rebuild public works damaged by the war.

But Abe wants to go even further. Since retaking the premiership in 2012, his government has increased defense spending, passed a strengthened state secrets act at the United States’ behest, and deployed JSDF ships to patrol near the disputed Senkakus in defiance of Chinese government protests. Tokyo even vowed to obtain a ballistic missile program of its own after North Korean missile tests last spring. Most importantly, Abe wants to follow through on a long-desired goal to revise the Japanese constitution, which has not been amended since U.S. occupation authorities first drafted it after the war.

Japan could not lawfully intercept a North Korean missile launched at American ships near Japanese waters, Abe has observed.

Constitutional revision is still a long-term goal for now, though. Japan’s arduous amendment process requires a two-thirds vote in both chambers of parliament (Abe’s Liberal Democratic Party controls a sizable majority in the lower House of Representatives, but has only a coalition majority in the upper House of Councillors) and a national referendum. In his New Year’s message, Abe himself estimated that the process would only be completed by the 2020 Tokyo Olympics.

But Abe’s not waiting that long to address Article 9. The Japanese government announced last week that it will move to reinterpret its legal stance on Article 9 to allow for “collective self-defense” alongside allied nations—a major shift in Japanese constitutional thinking (the U.S. is bound by treaty to defend Japan in the event of an attack). Abe recently observed that if North Korea launched a missile at an American ship near Japanese waters, Japan currently could not lawfully intercept it. That legal distinction might seem bizarre to other countries with strong alliances and enduring bilateral relations. The United States, by comparison, would not likely restrain itself if a North Korean missile struck Japanese ships near American waters. But Japan’s pacifist streak still runs deep: recent polls showed that 57 percent of voters oppose Abe’s proposed reinterpretation of Article 9, modest as it may be.

Shinzo Abe is unlikely to overcome that cultural taboo against military strength easily. But with tensions in East Asia showing no signs of abating, Japan could suddenly find itself in a crisis where its leaders can simply claim to have no other choice.