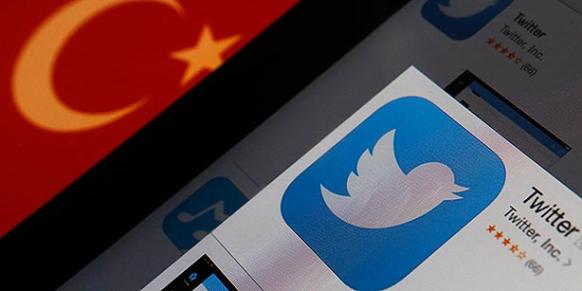 An overwhelming majority of the requests made in the last six months of 2014 by governments around the world for the removal of content on Twitter came from Turkey, according to data released on Friday by the microblogging website.
According to the biannual “Twitter Transparency Report,” 328 of a total 376 court orders seeking the removal of content from Twitter came from Turkey in the period of July 1 to Dec. 31, 2014. An additional 149 requests came from Turkish government, police and other institutions in the same period, out of the global total of 420 from such institutions.
Twitter said the Turkish removal requests were made for reasons ranging from violations of personal rights to the defamation of private citizens and/or government officials. It complied with 50 percent of the requests.
A total of 2,642 Turkish accounts were identified in the official requests, of a global total of 3,236. In response to the Turkish requests, Twitter withheld 62 accounts and 1,820 tweets. Overall, Twitter withheld 85 accounts and 1,982 tweets from around the world.
In 2102, Twitter introduced its “Country Withheld Content” tool, which keeps content visible to users in most of the world, but blocks it in a specific country, in response to requests from governments to block certain content on the social media website.
Turkey banned access to Twitter in 2014 after President Recep Tayyip Erdoğan, then prime minister, vowed to “eradicate” the site following the circulation of leaked recordings that implicated him and members of his inner circle in sweeping corruption allegations in the aftermath of a corruption scandal that erupted with a wave of detentions on Dec. 17, 2013.
The ban was lifted following a Constitutional Court decision to that effect.
Since then, Twitter has been using its Country Withheld Content tool to respond to Turkish requests for the removal of content, although it has also been challenging some of the orders in Turkish courts on the grounds of the violation of the freedom of expression.
Twitter revealed in its transparency report that it has filed legal objections with Turkish courts in instances where it believed the removal orders were in violation of the freedom of expression, although only 5 percent of its appeals prevailed, resulting in the “un-withholding” of three accounts and 196 tweets.
Throughout the last six months of 2014, Twitter received 156 percent more requests from Turkey for the removal of content as compared to the first six months of the year. The number of accounts targeted in these requests increased by 765 percent in the same period.
Last month, Twitter withheld scores of tweets posted by more than 200 Turkish accounts, including many of journalists and news outlets, in line with a court ruling regarding a complaint from a judge that a news story tweeted by these accounts damaged his personal rights.
The sharp increase in the censorship of content comes amid growing instances of prosecution of Twitter users, mostly on charges of insulting government officials.
Journalist and anchorwoman Sedef Kabaş was detained following a police raid of her home in December of last year for a tweet suggesting a cover-up in a Dec. 17, 2013 government corruption scandal. Kabaş was subsequently released pending trial, but she faces up to five years in jail on charges of “targeting public servants tasked with fighting against terrorism” in her tweet.
“Do not forget the name of the prosecutor who dismissed the Dec. 17 case,” Kabaş had written in that tweet, which included the name and the picture of the prosecutor.
Another journalist, Aytekin Gezici, was also detained in October 2014 because of certain tweets he posted. In February of the same year, Today’s Zaman journalist Mahir Zeynalov, a national of Azerbaijan, was deported from Turkey for posting “tweets against state officials.”
The prosecution of Twitter users has added to concerns over Turkey’s deteriorating record on the freedom of expression and its drift into authoritarianism in the wake of the nationwide Gezi protests and the Dec. 17, 2013 corruption scandal.
The graft probe stalled as the government removed or reassigned thousands of police officers, judges and prosecutors in the wake of the detentions. The government called the investigation a “coup attempt” against its rule and the new prosecutors assigned to the case dropped charges against all the suspects.