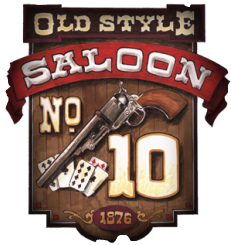 As the new Congress prepares to convene in January, it will face few tasks, if any, more important than adequately funding our nation’s defense. While our armed forces’ most fundamental mission lies in defending our nation and deterring our adversaries, a strong defense budget brings many other strategic benefits.
Five years ago, when testifying before the Senate Armed Services Committee, then-CENTCOM Commander Gen. James Mattis made a memorable plea for the State Department’s budget: “If you don’t fund the State Department fully, then I need to buy more ammunition ultimately.”
In this oft-quoted statement, Mattis offered an arresting argument for the importance of the State Department and diplomacy in preventing armed conflict and security threats to the United States. Yet the opposite also is true: to strengthen the State Department, along with U.S. diplomatic and economic influence, we need a large defense budget.
A common misconception in many policy debates is that military force and diplomacy stand in opposition, at polar ends of the statecraft spectrum. A powerful military can strengthen diplomacy and make peaceful settlements more likely, precisely because the possibility of force looms in the diplomatic background.
The historical record bears witness to this. American military power has played an indispensable role in the creation and sustenance of the international political and economic order for three-quarters of a century. For most of this time, our military strength helped accomplish much of this without firing a hostile shot.
Specifically, a strong military: …
10. Improves humanitarian relief operations and enhances U.S. public diplomacy (JB emphasis). The Navy’s leadership in the immediate aftermath of the December 2004 tsunami that devastated Southeast Asia saved thousands of lives in Indonesia and provided a demonstrable boost in public attitudes towards the United States in this majority-Muslim country. This, in turn, improved America’s diplomatic posture and standing in a crucial region for the fight against militant jihadism.
In 1984, Secretary of State George Shultz delivered a speech titled “Power and Diplomacy” declaring, “The hard reality is that diplomacy not backed by strength is ineffectual. This is why, for example, the United States has succeeded many times in its mediation when many other well-intentioned mediators have failed. Leverage, as well as goodwill, is required.” To give U.S. diplomacy the leverage it needs for 21st century challenges, Congress needs to fund the Pentagon at full strength.
William Inboden is associate professor at the LBJ School of Public Affairs, executive director of the Clements Center for National Security, and a distinguished scholar at the Robert S. Strauss Center for International Security and Law, all at the University of Texas at Austin. His previous government service includes senior director for strategic planning at the National Security Council under President George W. Bush. This article is based on testimony he gave before the House Armed Services Committee on Sept. 26, 2018.