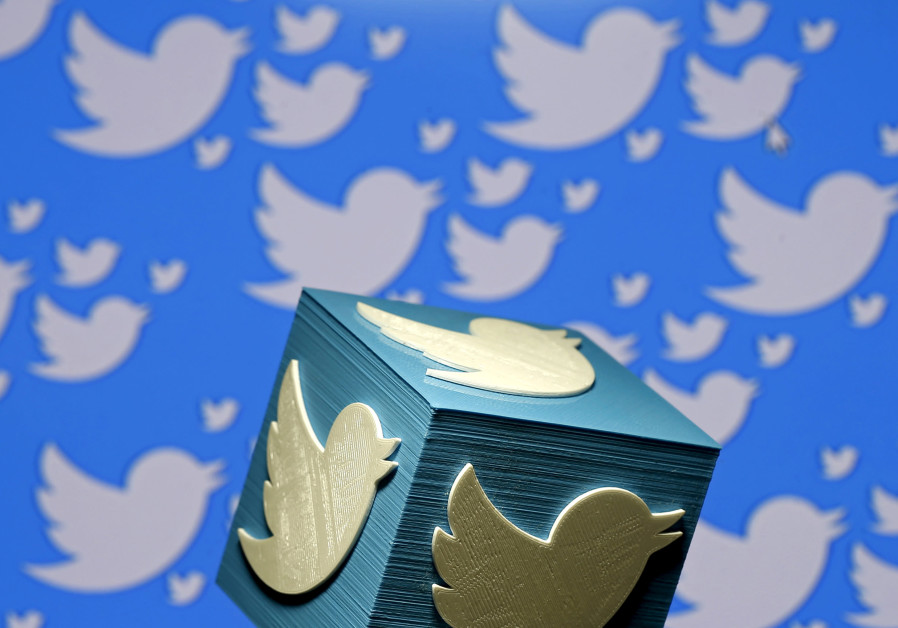 Image from article, with caption: A 3D-printed logo for Twitter is seen in this illustrative picture
More than 400 Twitter accounts belonging to at least six different “foreign manipulation networks” trying to skew political opinion in Israel have been suspended since elections were called at the end of December, The Jerusalem Post learned on Monday.
A senior Foreign Ministry official told the Post that the ministry set up a high-level channel with Twitter authorities in San Francisco led by Noam Katz, the ministry’s deputy director-general for public diplomacy [JB emphasis]. This channel has led to the suspension of more than 400 different Twitter accounts, the official said, since the April 9 election was announced.
“This channel facilitates the ongoing exchange of incriminating [big] data related to networks of Twitter bots, sockpuppets and impersonating accounts directly between the forensic R&D unit of the ministry and the teams responsible for system integrity at Twitter San Francisco,” the official said.
Twitter bots are automated accounts able to spread misinformation and fake news, and sockpuppets are false online identities used for purposes of deception.
In addition, the Foreign and Justice ministries have received access to a special Twitter portal designed to enable important stakeholders – like government ministries and law enforcement agencies – to update the company about suspicious activity and to receive expedited service for their reports and complaints.
The portal was set up last year as part of Twitter’s efforts to prevent malicious activity on its platform, including intervention by foreign entities in elections around the world. Twitter now challenges more than 10 million accounts on a weekly basis, up from just 3 million less than a year ago. This is mostly due to a new proactive approach by Twitter’s Public Policy team as well as a concerted effort by the company to ensure that the social media platform is being used properly and without malicious intent.
Twitter has also set up an “Election Team” made up of representatives from the company’s public policy, engineering, legal and safety departments. The team monitors activity in countries in election campaigns by, for example, tracking hashtags and proactively investigating suspicious accounts and activity.
Last month, shortly after elections were called, Nadav Argaman, head of Israel’s Shin Bet security agency reportedly said that, “A foreign country intends to interfere in the coming elections in Israel, and it will interfere.” He did not identify the country, nor say who they were trying to harm or assist.
Following his statement, the agency issued a statement saying that Israel and the intelligence community “have the tools and capabilities to identify, monitor and thwart foreign influence efforts, should there be any.”
Last month, the Foreign Ministry and tech company Commun launched a program to combat social media accounts spreading false information and fake news.
And in November, the Foreign Ministry warned journalists that the modes of action to influence the political discourse in Israel “are similar to those that were seen in the elections in the United States, the vote on Brexit in the United Kingdom and the elections in France. Their preferred network is Twitter, which is seen as a social media of influencers and opinion leaders.
The method most often used, the ministry said, was for the manipulators to first post a fake story in the format of an article on a dubious website, to then send a link of the article from a fictitious Twitter account to a group of journalists, and to also use a network of bots to disseminate the article and tweet as widely as possible.
Because journalists are the top target for these scams, the Foreign Ministry sent a message asking many of them to report fake news and bot accounts on social media, so they can collect more data and present them to Twitter.
Original Article