Bolton on Trump’s Meeting with Kim Jong-un: ‘No Deal Is Better Than a Bad Deal’ 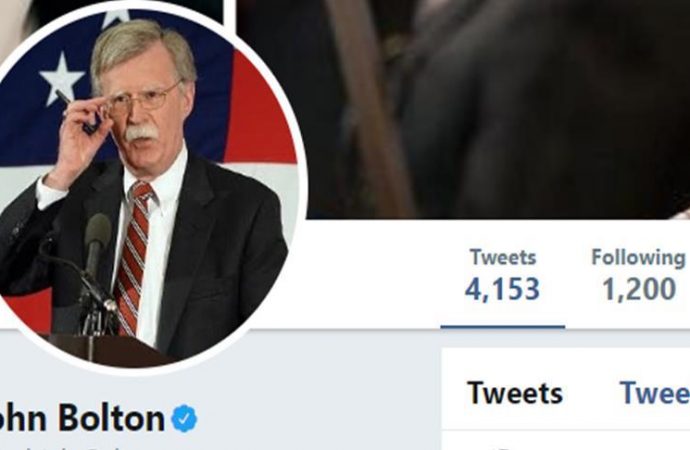 Image (not from article) fromExcerpt:

Bolton called his “roughly 150 tweets” on the situation in Venezuela a “new experiment in public diplomacy [JB emphasis],” adding that most of his tweets also come out in Spanish because “we want to reach a Latin American audience in particular.”
“We are trying to rally support for the peaceful transition of power from Maduro to Juan Guaido, whom we recognize as president,” said Bolton. “Our objective is to have Juan Guaido become the interim president so that we can get new presidential elections.” …