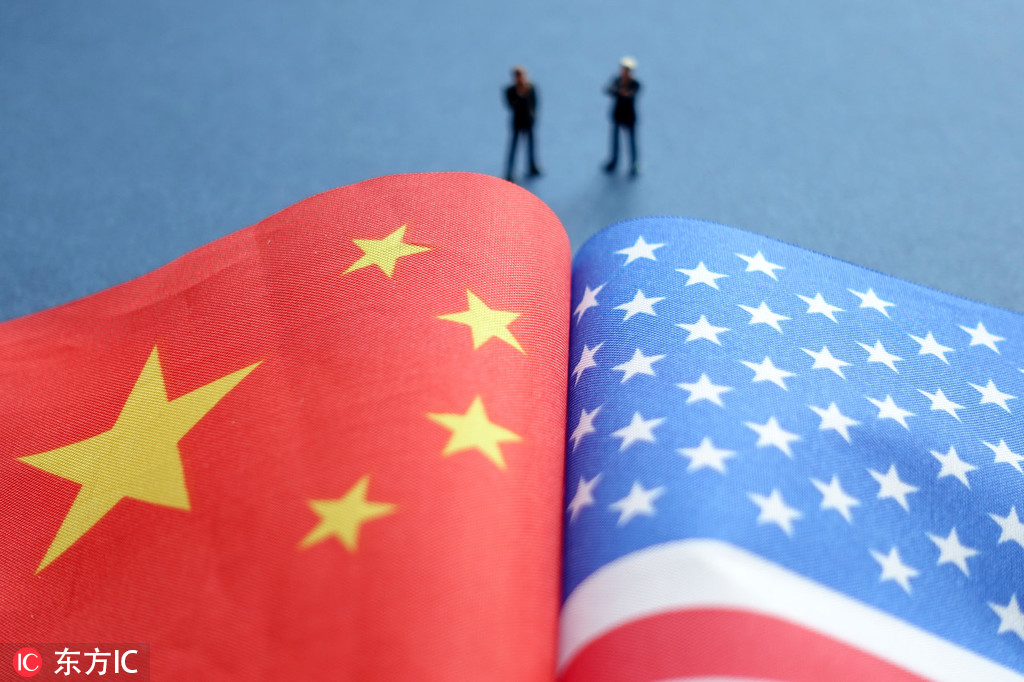 uncaptioned image from article
Some more "personal diplomacy" and people-to-people exchanges was the prescription given by experts and former diplomats for what ails China-US relations.
Forty years since China and the United States established diplomatic ties, much has been gained and will be gained if cooperation is chosen instead of confrontation, people from both countries agreed.
From Thursday to Saturday, some 200 ex-envoys and observers from both countries gathered in Atlanta for a symposium celebrating the 40th anniversary of the establishment of diplomatic relations.
The goal was to conduct candid discussions on finding a new and effective framework for the Sino-American relationship.
The symposium was organized by the Carter Center, the Chinese People's Association for Friendship with Foreign Countries and the Institute of American Studies at the Chinese Academy of Social Sciences.
Topics included education, perceptions, healthcare cooperation, trade, investment issues, maritime disputes and more.
David Lampton from the Asia Pacific Research Center at Stanford University said that perceptions of China in the US have changed tremendously.
Fundamentally, Americans' perception of China has shifted from it being weak to an image of China "on steroids", and they see current Chinese leaders as much more willing to take risks, Lampton said.
"How to deal with what we see as a very strong partner or adversary? The perceptions may be not correct, may be not permanent, but important," he said.
Jim Leach, a former congressman and president of the National Endowment for the Humanities, cautioned that both the United States and China need to tread carefully.
"Einstein said that splitting the atom has changed everything except the way of our thinking. The problem of mass weapon destruction has grown ever since. There is only one thing in common for all of us: we have to be incredibly cautious," Leach said.
George Hong, a professor and associate vice-president for academic affairs at Fordham University, called for the academic experts to act as impartial spectators and peacemakers. "We must be fair, accurate, objective and not biased. We should be just evaluators and constructive promoters," he said.
Hong also said academic experts should refrain from actively promoting either side's views and avoid confrontation caused by misconception, misunderstanding, misinterpretation and miscommunication.
"If we want to see an enemy, an enemy will be there," he said.
"Given the tough situation today, we need remind ourselves that never say never. Looking back at how the US-China relationship has grown, individual effort can't be underestimated. Public diplomacy [JB emphasis], like ping-pong diplomacy, could play a great role when first-tier diplomacy is in jeopardy," Hong said.
Stephen Orlins, president of the National Committee on US-China Relations, believes that the true threats are the common ones.
"The people of both countries understand that the real crisis of climate changes, economic crisis and pandemics can only be confronted when the United States and China work together," he said.
"After 40 years, China has not become more and more like the US as a lot of Americans expected China to, and they become frustrated. Moreover, many Americans now perceive that China wants to change the US through means such as Confucius institutes and Chinese media, but that perception is not correct," said Liu Yawei, director of the China Program at the Carter Center.
"While America wants China to change its system, China only wants America to change its perception of China," he said.
Contact the writer at mayzhou@chinadailyusa.com
Original Article