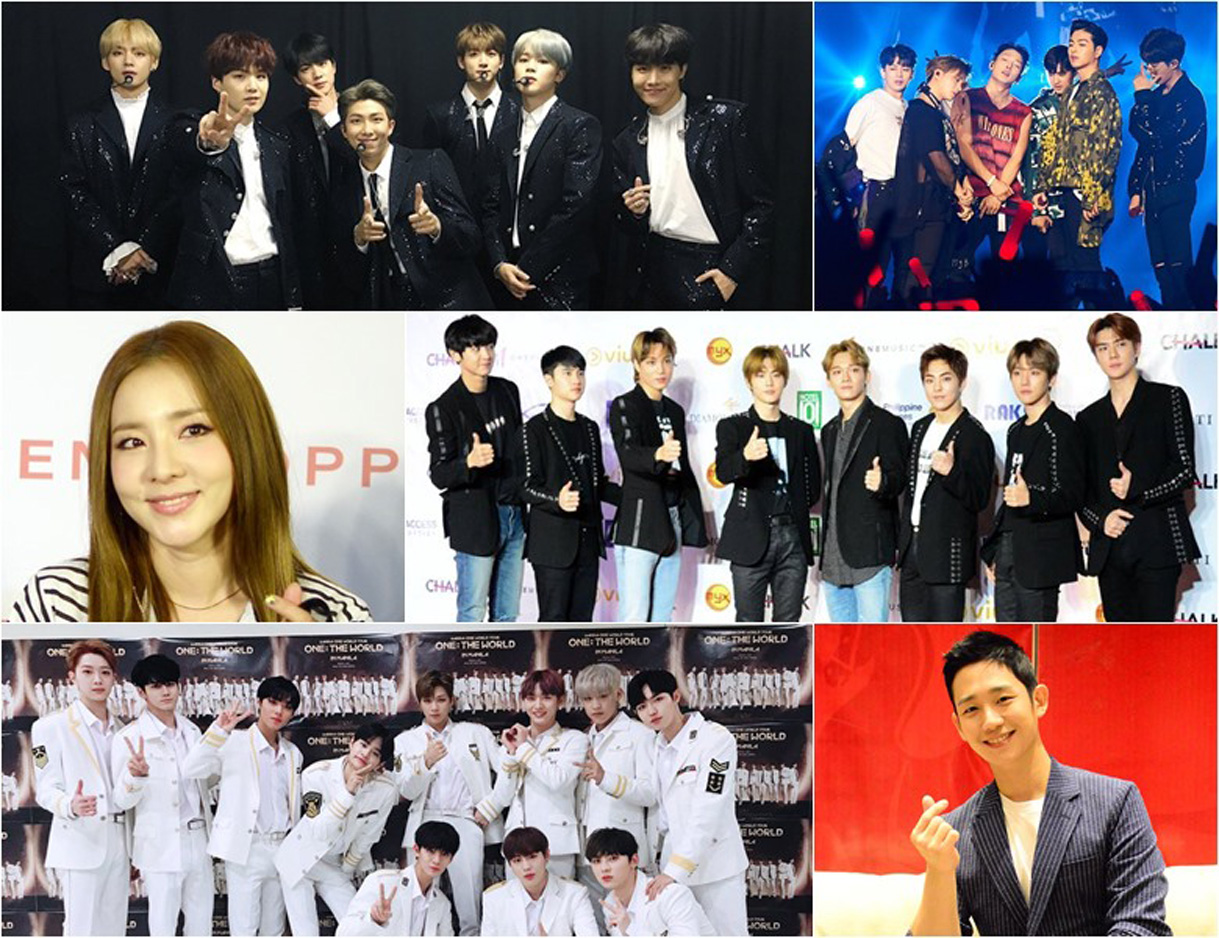 (Clockwise from top left) BTS, iKON, EXO, Jung Hae-in, Wanna One and Sandara Park. (Photos: Twitter, YG Entertainment and Jonathan Hicap)The report defined hallyu fan clubs as those for Korean singers, actors, culture, food, taekwondo clubs, and Korean culture clubs in universities.It attributed the surge in hallyu growth to the popularity of K-pop boy band BTS, which took the world by storm in 2018 including topping the Billboard 200 charts twice.
It noted that among Southeast Asian nations, the biggest increases in the number of clubs and members in 2018 were recorded in Vietnam, Philippines, India, and Sri Lanka. It grew 394 times in the Philippines, 20 times in Sri Lanka and 13 times in India, the report added. It pegged the number of hallyu fans in the Philippines at 996,000, adding that K-pop consumption is remarkably high in Southeast Asia.The Philippine K-pop Convention Committee, it cited, has 79 fan clubs under its wing with a total of 293,000 members.Last year, many Korean stars and singers visited the Philippines including EXO, iKON, WINNER, Wanna One, Seventeen, Super Junior, Jung Hae-in, Sandara Park, Nichkhun, Momoland, Nam Joo-hyuk, and Taeyeon.According to the report, about 300 Korean dramas, locally called “Koreanovelas,” have been aired on Philippine TV channels since 2003 and K-pop started gaining popularity in the country in 2009.Korean films are regularly shown in the country through film festivals including the Korean Film Festival established by the Korean Cultural Center (KCC) in the Philippines.It added that Korean food has gained popularity in the Philippines with the growth of Korean restaurants and Korean restaurant franchises, and the interest in Korean language classes also increased.
Among Filipino youth, there is high interest in Korean fashion and cosmetics.The report said the story lines of Korean dramas appeal to Filipinos as these are mostly family-oriented and depict people overcoming adversity. It said it has gained popularity among low-income and middle class families.The Korea Foundation is “Korea’s designated public diplomacy [JB emphasis] organization, affiliated with the Korean Ministry of Foreign Affairs.”
Original Article