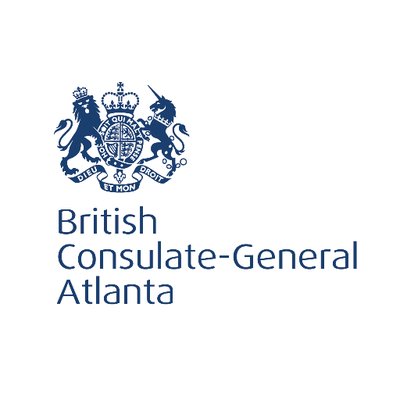 image (not entry) from
Wondering what to expect from Brexit now that the UK Parliament has upheld its confidence in Prime Minister Theresa May's government but voted against her Brexit deal? Join us on Feb 6 for British Consul General Andrew Staunton's talk “Leaving the EU: Impact on UK-US Relations.” 3-4:15pm, 1116 West Seminar Room Klaus Advanced Computing Building.
More about Consul General Andrew Straunton:
Andrew Staunton took up his appointment in Atlanta as Her Majesty’s Consul General in June 2018. Andrew is the senior UK government representative in the Southeast United States responsible for relations with the states of Georgia, Tennessee, North Carolina, South Carolina, Mississippi and Alabama. He leads a team which works to promote UK-US trade and investment, support British nationals, conduct public diplomacy [JB emphasis] on key issues, and build scientific and research co-operation. He also sits on the Marshall Scholarship selection committee.
Before taking up his posting in Atlanta, Andrew served four years as Deputy Head of Mission and Economic Counsellor at the British Embassy in Athens. He was also Deputy Head of Mission at the British Embassy in Dublin from 2009 to 2013. Throughout both of these postings, Andrew’s main focus was on the economic crises in Greece and Ireland, boosting bilateral relations, promoting the UK’s interests, and working on a range of issues linked to the European Union. Prior to this, Andrew worked in the Foreign Office as Deputy Director responsible for Security.
Andrew joined the UK’s diplomatic service in 1987. He has also served overseas in China, France, Romania and Canada.
Andrew was born in Glasgow, Scotland. He is accompanied in Atlanta by his wife, Rebecca. They have two adult children, both living in the UK.
The event hosted in the Advanced Computing Building is free and open to the public.Parking is available in the Howey Physics Building.
Event Details
Date/Time:
Wednesday, February 6, 2019
3:00 pm – 4:15 pm
Location: Klaus Advanced Computing Building, Room 1116 West
Related Media
Click on image(s) to view larger version(s)