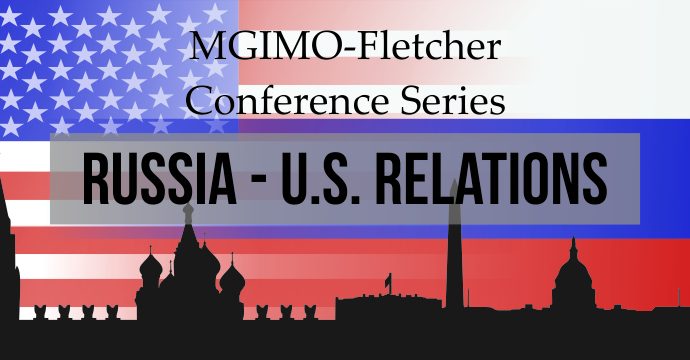 The Moscow State Institute of International Relations (MGIMO University) and The Fletcher School of Law and Diplomacy at Tufts University have held a series of joint conferences on “Grand Challenges in Russia-U.S. Relations” since 2017. In partnership with Carnegie Corporation of New York, the two schools have organized two joint conferences in Medford, Massachusetts and Moscow (November 2017 and May 2018) and a joint student policy workshop in Moscow (March 2018) on a host of contemporary issues in Russia-U.S. relations.The goals of the joint MGIMO-Fletcher conference series are to examine both the depth and scope of disagreements between the United States and Russia, assess the potential for bilateral cooperation in the areas of shared interests, educate future U.S. and Russian decision-makers, and foster mutual understanding between Russian and American scholars and practitioners. The next joint conferences of The Fletcher School and MGIMO University, in partnership with the Alexander Gorchakov Public Diplomacy Fund [JB emphasis] and Carnegie Corporation of New York, will take place in March 2019 in Moscow and April 2019 in Medford, Massachusetts.For more information about joint MGIMO-Fletcher conferences, please see the following links: