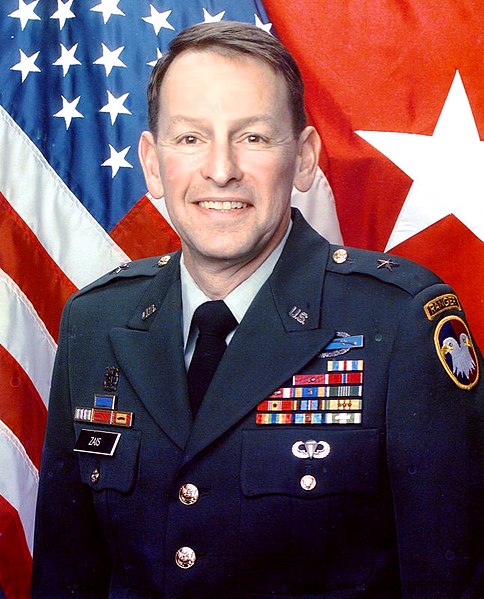 hsgac.senate.gov; on the current controversy re Confucius Institutes, see also (1) (2)

Zais image from
Statement of General Mitchell "Mick" Zais [JB – see] Deputy Secretary U.S. Deparment of Education (ED) Senate Committee on Homeland Security and Governmental Affairs Permanent Subcommittee on Investigations
Excerpt:
Chairman Portman, Ranking Member Carper, and other distinguished Members of the Subcommittee. Thank you for the opportunity to appear before you today. As a retired Army Brigadier General, whose national security background includes a tour of duty as the Pentagon’s Chief of War Plans, I fully understand the importance of ensuring that our institutions of higher education maintain their academic independence free from foreign malign influence. Concerns about foreign malign influence over, or access to, our nation’s colleges and universities have surfaced from time-to-time over the years in various parts of the Federal government. In response to those and other concerns, over 30 years ago Congress amended the Higher Education Act of 1965 to require institutions of higher education to disclose gifts from, and contracts with, foreign sources. In your letter of invitation, you noted the Subcommittee’s intent to examine at this hearing the Confucius Institutes and the impact the Chinese government may have on the U.S. education system and U.S. public diplomacy [JB emphasis] efforts. You also asked me to be prepared to address and answer questions about foreign gift reporting by U.S. colleges and universities. I am pleased to respond on both counts. Before addressing matters related to the Confucius Institutes and the Chinese government, I will first provide some brief context on the foreign gift and contract disclosure requirements. …
During the recent 2017-2018 school year, 91 institutions reported receiving over $1.3 billion in gifts and contracts from foreign governmental and non-governmental sources in 105 countries. (4) Among these 105 countries, China (5) ranked first in terms of the total amount of gifts and contracts reported by institutions under section 117. For the 2017-2018 school year, institutions reported receiving from China (6) a total of about $222 million, or 17% of the $1.3 billion, in governmental and nongovernmental gifts and contracts.
With respect to the impact of the Chinese government on the higher education system, we recognize that the influence of the government of China is a concern. Of additional concern are Confucius Institutes. As you know, Confucius Institutes are partnerships between the Chinese government and U.S. colleges and universities. The Department is aware that a number of institutions of higher education have, for various reasons, terminated their agreements with the Confucius Institutes. We encourage institutions of higher education to continue to thoroughly assess the potential impact of gifts, contracts, or other arrangements with any foreign source. …
4 Some institutions of higher education included the United Nations (UN) as a source of gifts and contracts; the UN has been included within the “105 countries.”
5 For ease of reference, the amount of the gifts and contracts from Hong Kong are consolidated with those from China.
6 Id. …
Original Article